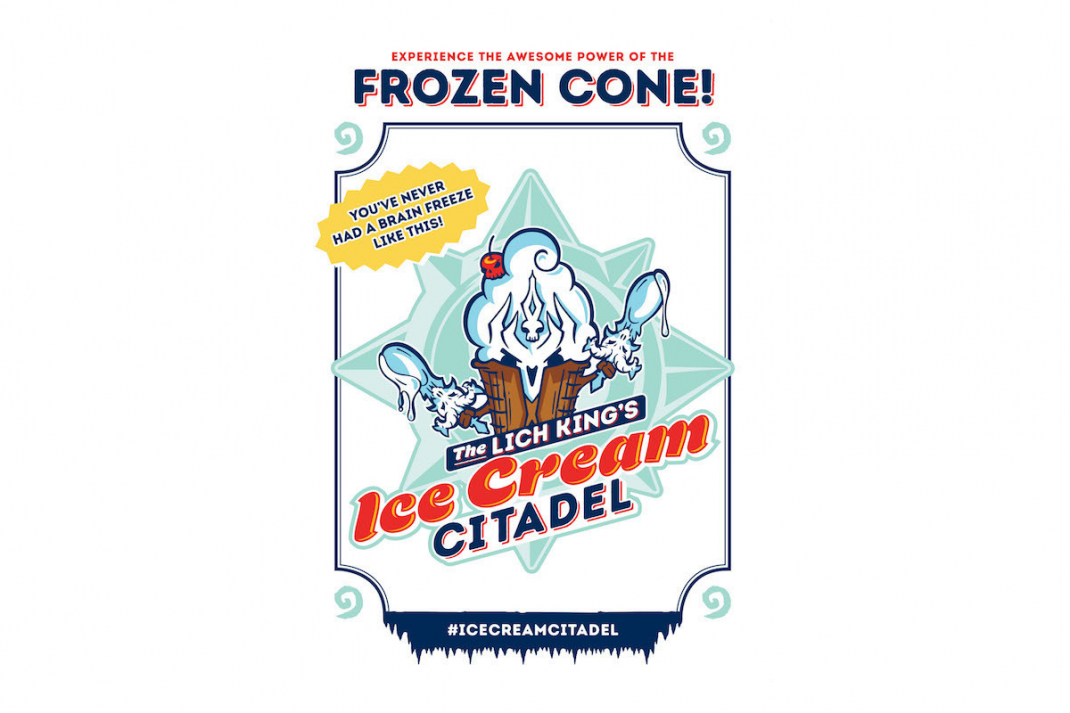 San Diego, Calif.—July 17, 2017—Amidst the sweltering San Diego heat, mortals and the undead alike scream . . . for free ice cream. Blizzard Entertainment today announced the grand opening of Ice Cream Citadel, a pop-up ice cream shop that celebrates Knights of the Frozen Throne™, the upcoming expansion to Hearthstone®, Blizzard’s smash-hit digital card game. No San Diego Comic-Con® badge is required, so all are invited to stop by for a free Frozen Cone as well as a photo op with the Lich King, Lord of the Scourge and ultimate purveyor of death and icy treats.

Located in the PetCo parking lot just a short walk from the San Diego Convention Center, Ice Cream Citadel will provide visitors with free ice cream in two flavors: “Villain-illa” and “Scourgeberry Sorbet.” In partnership with Yelp, Blizzard has also created a Yelp business page for the pop-up, titled “The Lich King’s Ice Cream Citadel,” where users can rate, review, and post photos of their experience. Starting July 18th, those brave enough to call the business (1-855-LCH-KING) will be greeted by the Lich King’s chilling voice.

Get a taste of what’s in store at the Ice Cream Citadel by watching the Lich King’s teaser trailer.

Hearthstone is a free-to-play digital card game featuring quick and lively duels that evoke the spirit of a friendly match played beside a crackling tavern fire. Launching in August, the Knights of the Frozen Throne expansion will take players to the frozen lands of Northrend, where they’ll raid Icecrown Citadel, the Lich King’s frozen fortress, and challenge the Lord of the Scourge for his seat on the Frozen Throne.

Learn more about the upcoming Hearthstone expansion at thefrozenthrone.com.