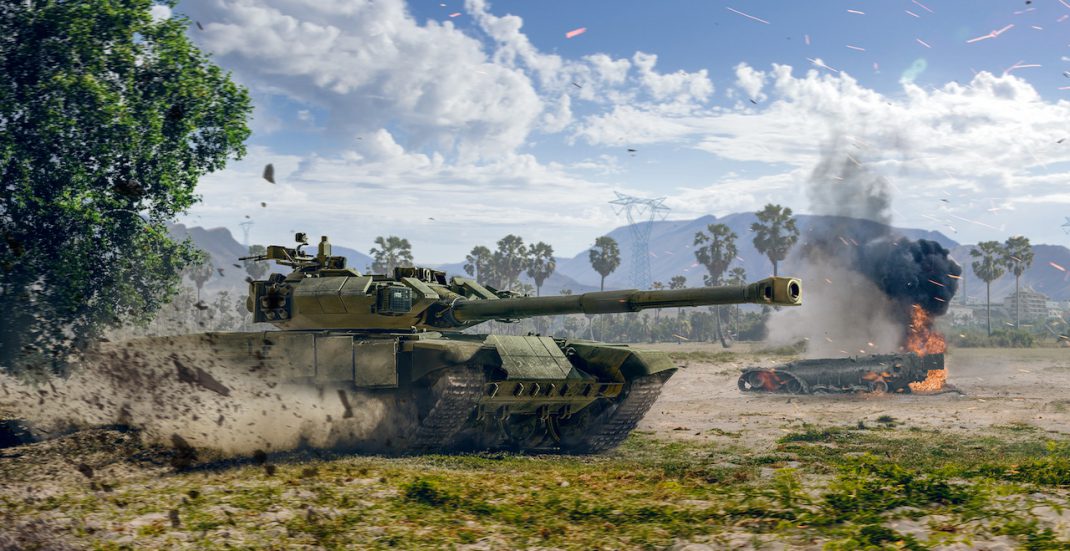 Progression Vehicles:
In the expansion, My.com are introducing a series of Czechoslovak and Polish vehicles. It consists of Tier 6 to Tier 10 vehicles of various classes that are bringing new mechanics currently unique to their branch, such as the Spike-LR fire-and-forget guided missile system. The branch consists of both tracked and wheeled vehicles, which all have excellent firepower (often with very high rate of fire) and mobility for their respective tiers. Vehicles: BVP Šakal, KTO Rosomak, KTO Rosomak M1M, WPB Anders and Wilk XC-8

Waterway PvP map:
The next map called Waterway will take tank commanders to one of the biggest feats of engineering the world has ever seen – the Panama Channel! Recently, several rogue corporations hired an unscrupulous band of mercenaries to take over the channel to attack and pillage the ships passing through Panama’s massive waterway to drive the already exorbitant commodity prices even higher. The player’s task is to put an end to this and deal with the raiders once and for all.

For in-dept information on the further features of Eye of the Storm, please read more about them here: https://aw.my.com/gb/news/general/update-021-eye-storm-preview