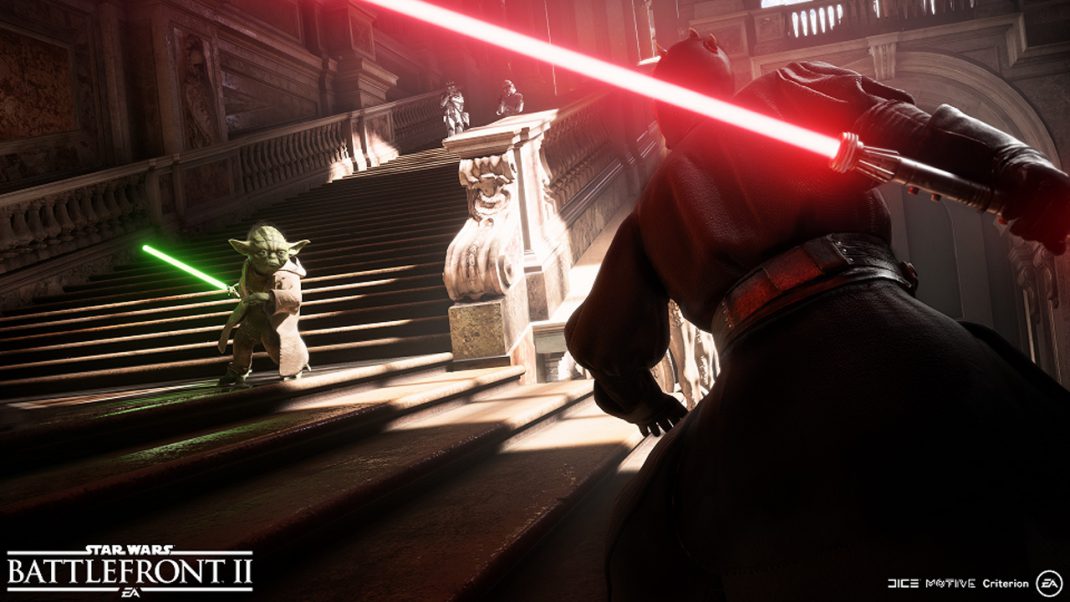 Get ready to be a hero in Star Wars Battlefront II! This fall, step into the boots of a trooper, pilot or your favorite iconic character in epic Star Wars battles in authentic locations and thrilling dogfights in the far reaches of space.

Today on the EA Star Wars blog, we announced that the Star Wars Battlefront II multiplayer beta will be coming to PlayStation 4, Xbox One and Origin for PC starting on October 4 for those who pre-order the game. Players can take their favorite heroes to battle in the large scale 20 v 20 Galactic Assault mode on Theed City, joining Republic clone troopers and Separatist battle droids in a wild melee on the streets surrounding the royal palace. Also included in the multiplayer beta is a Starfighter Assault battle, where fans can jump into the cockpit of some of the most memorable starfighters from Star Wars.

Fans who pre-order Star Wars Battlefront II will be able to play the beta early, starting October 4. In addition to early beta access, they will also get bonus content including Yoda’s Epic Lightsaber Mastery Star Card, which is only available while supplies last until October 9, 2017. The beta will open to the public two days later on October 6 and end on October 9.