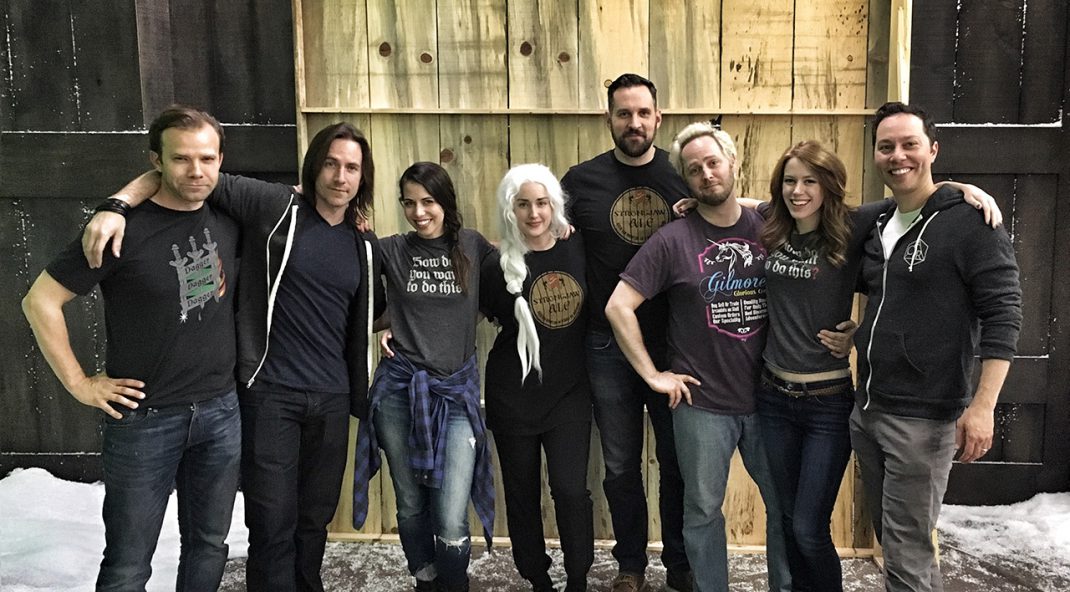 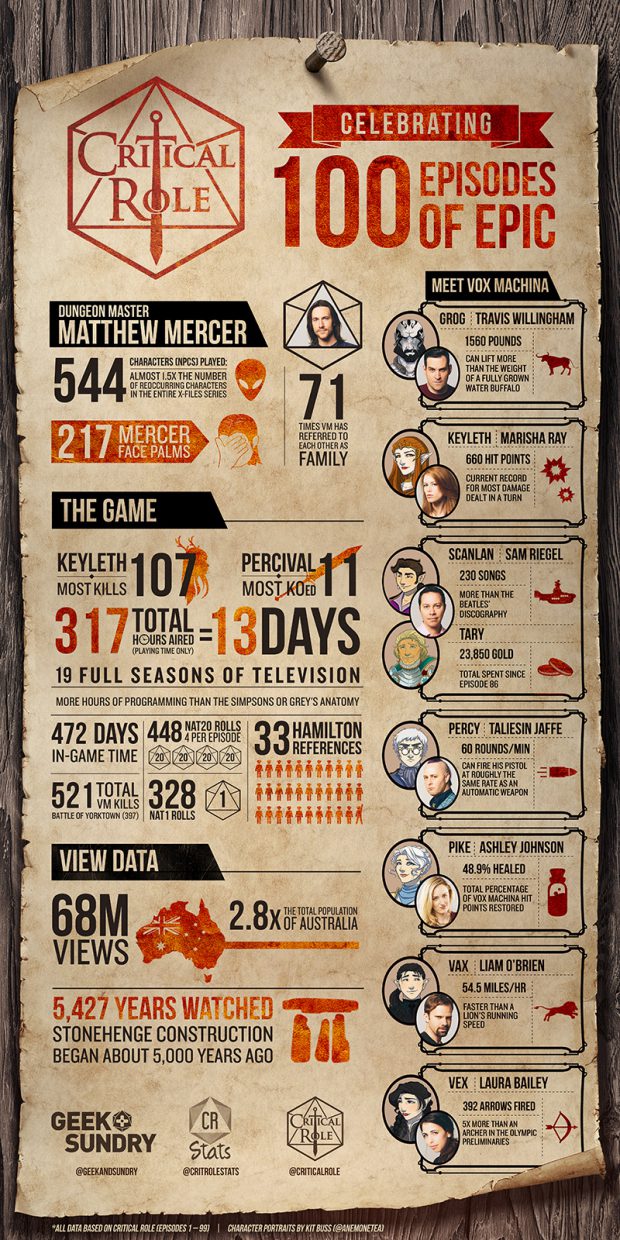 The episode will also feature several special announcements including the long-requested launch of the Critical Role podcast, a collectible poster from artist David Mack (that will be revealed during the 100th episode) and a ton of kills, damage, face palms, Nat20s and much more. The podcast audio will include an intro episode 0 as well as audio from Critical Role episodes 1-10 and is available on iTunes, Google Play Music, and at criticalrolepodcast.geekandsundry.com.

Taking place in Exandria, a world created by Mercer, the show attracts hundreds of thousands of viewers weekly who watch both live and VOD. Since its launch in March 2015, Critical Role has excited many new fans about the world of Dungeons & Dragons including quite a few celebrities that have joined the cast as special guests – Felicia Day, Wil Wheaton, and Phil Lamarr, to name a few. And, as a lead-in to the 100th episode, the Critical Role team welcomed Jon Heder, Napoleon Dynamite himself, who will also return for episode 100 tonight. Please find an amazing clip from the episode below.

Critical Role airs live on Thursday nights on Geek & Sundry’s Twitch channel where it is regularly the most popular stream of the night, and is later posted to Geek & Sundry’s website & YouTube channel. The show also airs on Nerdist and Geek & Sundry’s membership service, Alpha.