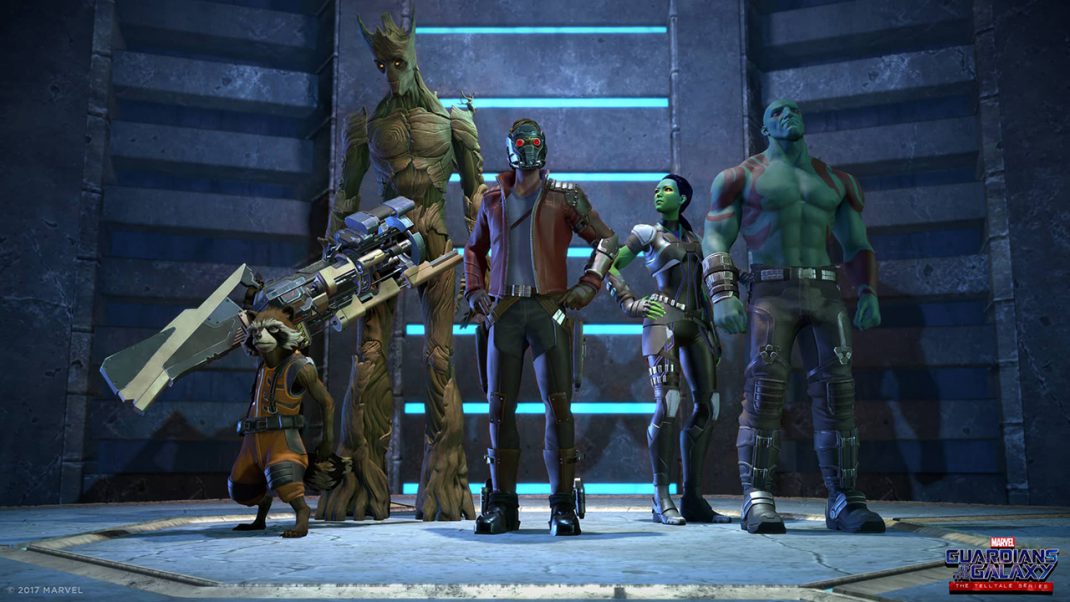 Guardians of the Galaxy: The Telltale Series Episode 2 Trailer

June 5 2017 – Award-winning developer and publisher of digital entertainment, Telltale Games, along with Marvel Entertainment, is pleased to reveal the first trailer for ‘Under Pressure,’ the second of five Marvel’s Guardians of the Galaxy: The Telltale Series episodes, which will be available starting June 6 for $4.99 USD or equivalent. Individual episodes, and the series as a whole, can be downloaded on PlayStation®4 computer entertainment system, Xbox One®, Windows PC, and Mac, as well as the App Store® and Google Play™.

Episode two description: “The Guardians just can’t seem to outrun the past (or their tab), but if they figure out how to control the untold power of their mysterious new relic, they might not have to. With help from dubious old friends and unwilling new allies, Star-Lord and company scour the galaxy for answers. But how long can they elude the genocidal maniac hunting them? And will simmering tensions finally tear the team apart?”

The series is also available as a special ‘Season Pass Disc’ at retailers across North America for an MSRP of $29.99 USD, and at retailers elsewhere across the globe. The special ‘Season Pass Disc’ includes episode one ‘Tangled Up in Blue’ and grants access to download the subsequent four episodes via online updates as they are released in the coming months of 2017. Additional platforms for release are yet to be announced.

The series will feature a star-studded cast of voice talent, including Scott Porter (Friday Night Lights, The Walking Dead: The Telltale Series) as Star-Lord, Emily O’Brien (The Young and the Restless, Middle Earth: Shadow of Mordor) as Gamora, Nolan North (the Uncharted series, Pretty Little Liars) as Rocket, Brandon Paul Eells (Watch Dogs) as Drax, and Adam Harrington (The Wolf Among Us, League of Legends) as Groot.