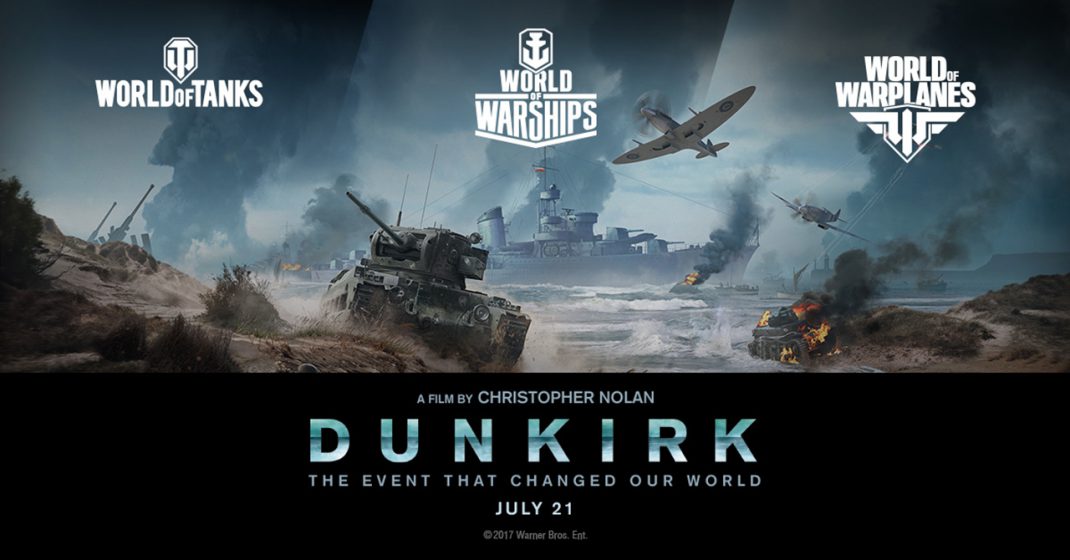 June 5, 2017 – In support of the upcoming epic action thriller Dunkirk, written and directed by Christopher Nolan, Wargaming.net has partnered with Warner Bros. to remember the seminal World War II event that inspired the motion picture. Wargaming, the world leader in free-to-play online WWII video games with a base of 180 million registered players, continues to revere history’s defining moments and the wartime vehicles that shaped their outcomes.

The evacuation, known as the “Miracle of Dunkirk,” took place from May 26th until June 4th, 1940, when hundreds of thousands of Allied soldiers were trapped by advancing German forces on the beaches of Dunkirk, France. As the battle raged around them, many were transported to safety by the combined efforts of both military and civilian vessels. The history of this massive mobilization and the hopeful, personal stories of those involved will unfold in the film Dunkirk.

“We believe Christopher Nolan’s Dunkirk will be an unforgettable film about one of the most momentous accomplishments of World War II,” stated Erik Whiteford, Head of Marketing, Wargaming America, “and we are honored to be in a partnership with a creative endeavor that shares our passion for honoring and preserving the incredible events that define that era.”

A series of emblems, missions and more await all who enter the battle. Join Wargaming and take to the Land, Sea and Air with World of Tanks, World of Warships and World of Warplanes.

More information can be found at: rememberdunkirk.com