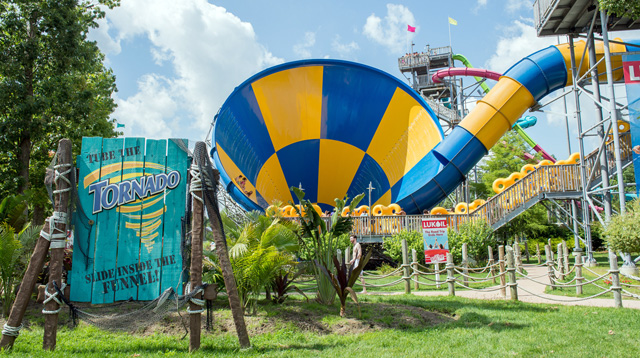 Six Flags Great Adventure and Coca-Cola® present Noah Cyrus and AJR in concert on June 4. Noah Cyrus is the youngest daughter of Billy Ray Cyrus and sibling to Miley Cyrus. Noah began her entertainment career on Miley’s show Hannah Montana. In November 2016, Noah began her music career by releasing her debut single “Make Me (Cry),” followed by the acoustic “Almost Famous” and 2017’s “Stay Together.” AJR is an NYC indie-pop band compromised of brothers Adam, Jack, and Ryan Met, who produce and mix their own music. Their hit singles include “I’m Not Famous,” and “Weak.” The concert takes place at 5 p.m.in the Northern Star Arena and is included with theme park admission, Season Pass or active Membership.

Guests are invited to celebrate Father’s Day Weekend, presented by Samsung, in the park June 17 and 18. Dads can enjoy world-class roller coasters such as SUPERMAN™ Ultimate Flight, El Toro and Nitro, and accompany their family on the Safari Off Road Adventure. Fathers can enjoy their day with treats such as funnel cake and churros in addition to music, entertainment and shopping.

As part of the DC Super Hero Summer, Six Flags salutes super heroes of service with Firefighter Appreciation Day. Firefighters, their friends and family are invited to stay in the park for 90 minutes after it closes for exclusive ride rime on BATMAN™: The Ride, THE DARK KNIGHT™ Coaster and the all-new JUSTICE LEAGUE: Battle for Metropolis 4D. Bill Spadea from NJ 101.5, and Chasing News will be at the park to honor firefighters for all they do. Firefighters are asked to bring their ID to the NJ 101.5 table located in the Movietown section of the park to receive an event wristband. Guests are also encouraged to submit names to be added to the Wall of Heroes on display in the park. Nominations can be submitted to njspecialevents@sixflags.com for consideration.