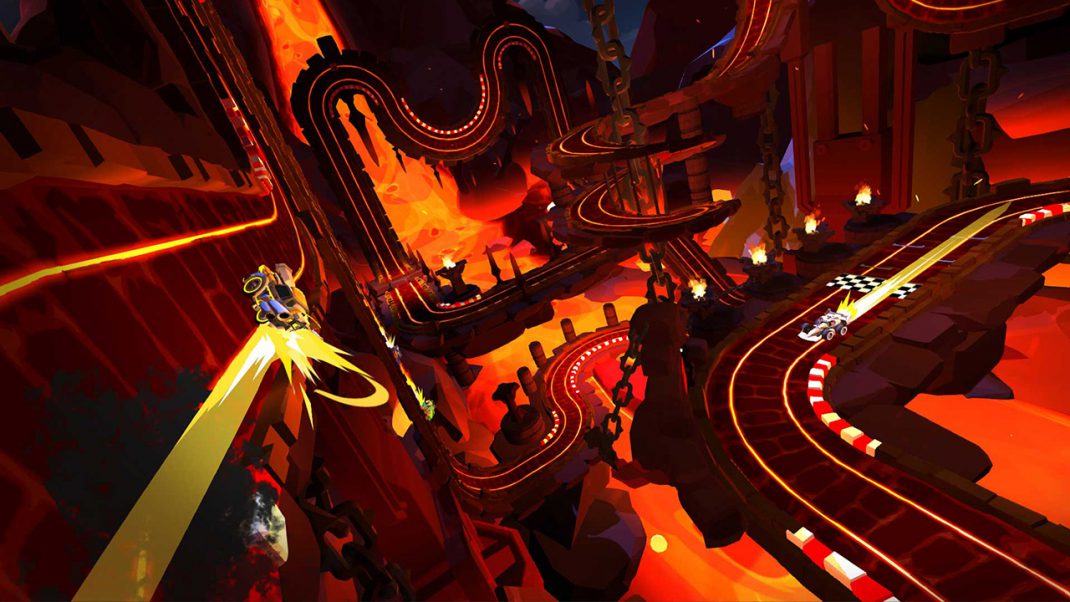 Importantly, a player’s viewpoint of the game mimics that of a child surrounded by a giant toy racing track inside each virtual world, which creates an extremely comfortable and satisfying experience.

Tiny Trax will be available for hands-on demo at Sony’s pre-E3 press event next month (Monday June 12th), on the show floor during E3 and with a roll-out in Europe and North America expected this summer.

The game is the brainchild of game designer Dave Gabriel, who came up with the concept when he was a game tester at FuturLab. Backed by FuturLab’s management team, Gabriel took on the challenge of designing Tiny Trax from the ground up – covering everything from the controls, to the levels, to deciding trophies. He has since been promoted to game designer.

“We’re delighted to announce Tiny Trax – it’s a game that will appeal to players of all ages, allowing them to dive straight in and recreate the thrill of slot racing in immersive virtual environments,” said FuturLab MD James Marsden. “In addition, it’s a great testament to the team here at FuturLab – particularly Dave Gabriel – that Tiny Trax will be demonstrated alongside titles from industry heavyweights at Sony’s E3 booth.”