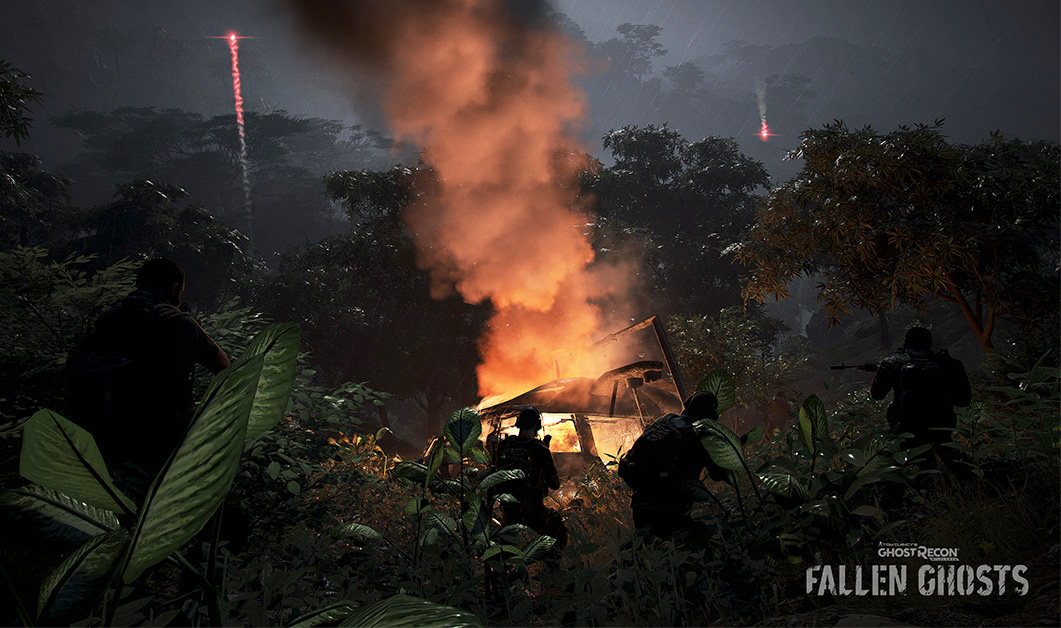 May 30, 2017 – Today, Ubisoft announced that Fallen Ghosts, the second expansion for Tom Clancy’s Ghost Recon Wildlands, is now available for season pass owners across all platforms. Season pass owners will have access to Fallen Ghosts one week before it releases for individual purchase on June 6 on consoles and PC for the suggested retail price of $14.99.

Fallen Ghosts takes place after the fall of the Santa Blanca Cartel. With Unidad’s military force unable to maintain control over Bolivia, the country is in a state of civil war. To help restore order, the Unidad enlists cartel members, veterans, mercenaries and criminals from various nearby countries as volunteers. Together, they form a new brutal special unit: Los Extranjeros, which is ordered to track and eliminate all American agents.

The Fallen Ghosts campaign will feature 15 new missions in which players will have to take down four new bosses located in three different regions. In the expansion, players will start with a new character at level 30 and equipped with all of the main game skills. The level cap will increase from 30 to 35, and players will be able to unlock nine new skills including physical, weapon and drones skills.

In Tom Clancy’s Ghost Recon Wildlands, players discover a fictionalized future Bolivia, a few years from now, in which players must take down the Santa Blanca drug cartel by any means necessary. Behind enemy lines, they hunt down targets and discover intel, using any of the more than 60 vehicles available, including cars, motorcycles and even helicopters that they can commandeer. To topple the cartel, players have to fight their way to El Sueño, Santa Blanca’s ruthless leader, by breaking down the Santa Blanca drug cartel’s operation piece by piece as they sever alliances between the drug lords and the corrupted government. A second expansion for Tom Clancy’s Ghost Recon Wildlands, Fallen Ghosts, will be available soon, as well as an all-new PvP mode in the coming months.

To learn more about other Ubisoft games, please visit ubiblog.com.