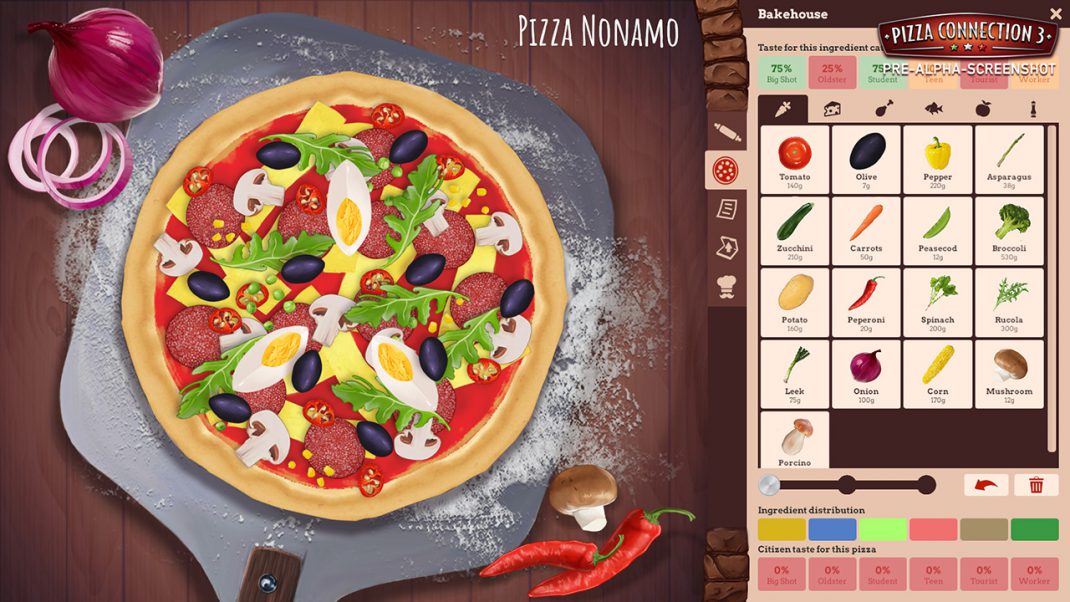 Wiesbaden, 18. May 2017 – Mamma mia… Long awaited by fans around the world, the newest installment of the cult series “Pizza Connection” returns to the PC with even more flavour and extra cheese. Make ’em a pizza they can’t refuse!

In addition to the series’ tried and true basic ingredients, economic simulation Pizza Connection 3 offers a number of hot new toppings! Work your way through a challenging campaign to rise from a simple pizza baker in the streets of Rome to the owner of the world’s most successful pizza chain! Use the famous Pizza Creator to design your own signature pizzas.

Show your competitors the way to sell pizzas and create a unique taste experience for your customers each time they visit one of your restaurants. Whether you do so by means of target group oriented advertising and great pizzas in stylish restaurants or by dancing along the crust of legality through the occasional use of sabotage and violence is entirely up to you.

It’s time to once again enrich the world with tasty pizzas and redefine good taste.

Pizza Connection 3 will be released in Spring 2018 for PC, Mac and Linux (SteamOS). This delicious title is being cooked up by the – as the team photo clearly shows – incredibly serious, Trier-based German studio gentlymad and released by the no less serious Assemble (released as in published, not released as in allowed to escape…).

And, of course, we just couldn’t resist serving up a tasty trailer to garnish the announcement. Anyone who doesn’t end up craving pizza after that is obviously beyond help…