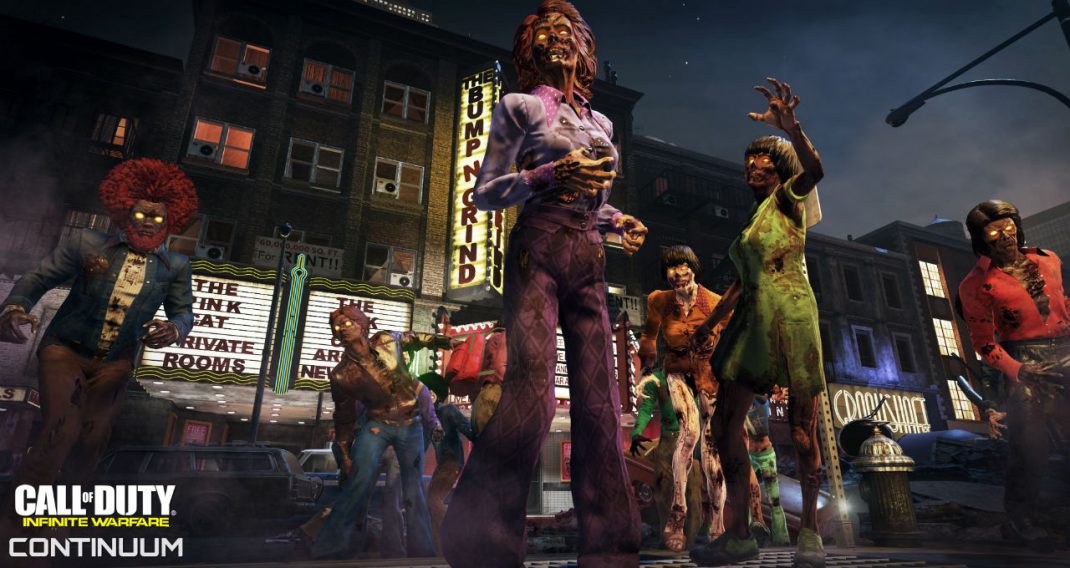 Santa Monica, CA – May 18, 2017 – Call of Duty: Infinite Warfare Continuum, the second DLC Map Pack for the game, is available now on PlayStation®4, Xbox One and PC. Continuum delivers four new maps, including the return of one of the most beloved maps from Modern Warfare 2, Rust, re-imagined for today’s generation with an ultramodern look. The new DLC pack also features “Shaolin Shuffle,” the next chapter of the Call of Duty: Infinite Warfare zombies experience set in 1970s disco era New York.

Shaolin Shuffle, features the return of Willard Wyler, the mysterious movie director villain. This time, Wyler has trapped the four protagonists inside a new horror film, set in the unforgettable 1970s. Players face all-new zombie enemies across a variety of disco-era New York locations, including subways, flashy nightclubs and a martial arts dojo headed up by the “Shaolin Sister.” In addition to hallmark Call of Duty action, Shaolin Shuffle introduces four unlockable fighting styles, each with its own set of unique combat moves. The four playable characters return, and are voiced by the same actors from the original story, but now take on funky, over-the-top roles from the ‘70s era including “the Punk Rocker,” “the Sleazebag,” “the Street Poet,” and “the Disco Chick.”