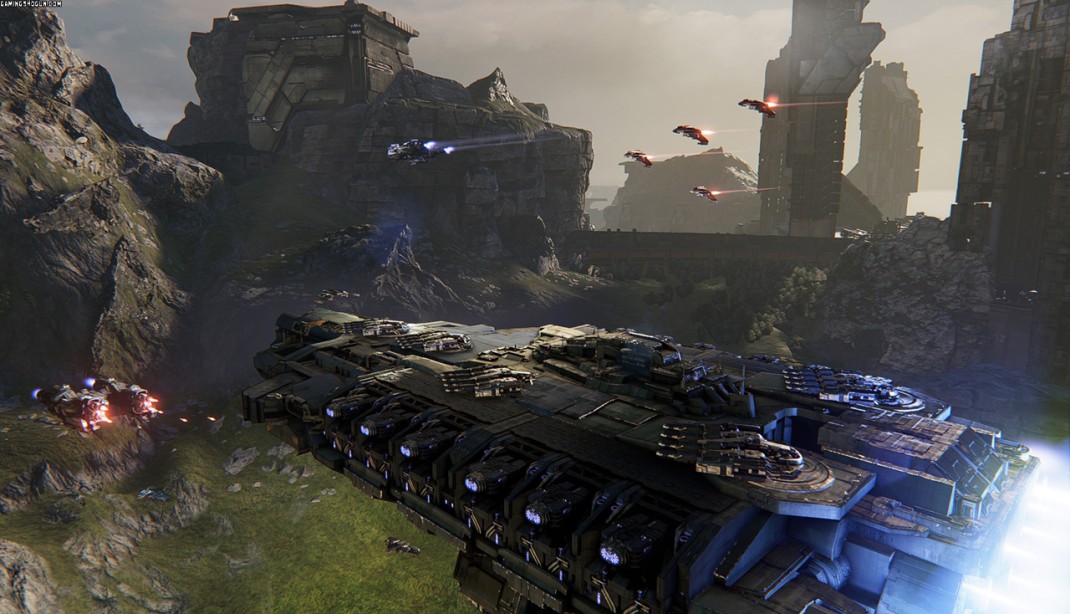 HOUSTON and BERLIN – May 16, 2017 – Grey Box, Six Foot and independent developer YAGER have announced the launch of the Windows PC open beta of the class-based spaceship action game Dreadnought. New captains can download the game and play in open beta now by visiting www.Dreadnought.com. Dreadnought’s open beta is free-to-play, but players can purchase specialized Hero Ships, experience boosts and cosmetic add-ons for their vessels.

Open beta introduces Ixion, Dreadnought’s biggest map yet. Situated in space 60,000 kilometers above Saturn’s largest moon, Titan, this new battleground forces players to maneuver around the colossal orbital ring that dominates its center. Narrow gaps within the superstructure allow ships to cross from one side to the other, but players must be wary of what dangers lurk on the other side. Open beta also adds night variations for two existing maps: Rings of Saturn and Red Sands.

Dreadnought puts players in command of massive capital ships on the front lines of tactical team battles across a variety of competitive online multiplayer modes. Captains must master their vessels and work together to succeed, utilizing their team’s strengths while exploiting the enemy’s weaknesses. There are more than 50 playable ships, spread across five distinct classes, that players can choose from to build their fleets. From close-quarters combat to long-range assault and strategic support, each vessel is designed to bring unique specializations to the fight and can be further customized with an array of weapons, modules, coatings and decals.

Dreadnought will continue to receive new content, features, balancing and more with regular updates guided by community feedback throughout open beta. The game is also currently in closed beta on the PlayStation®4 computer entertainment system, which players can sign up for at www.dreadnought.com/ps4. For the latest information as Dreadnought progresses, please follow the title on Facebook, Twitter and Twitch.