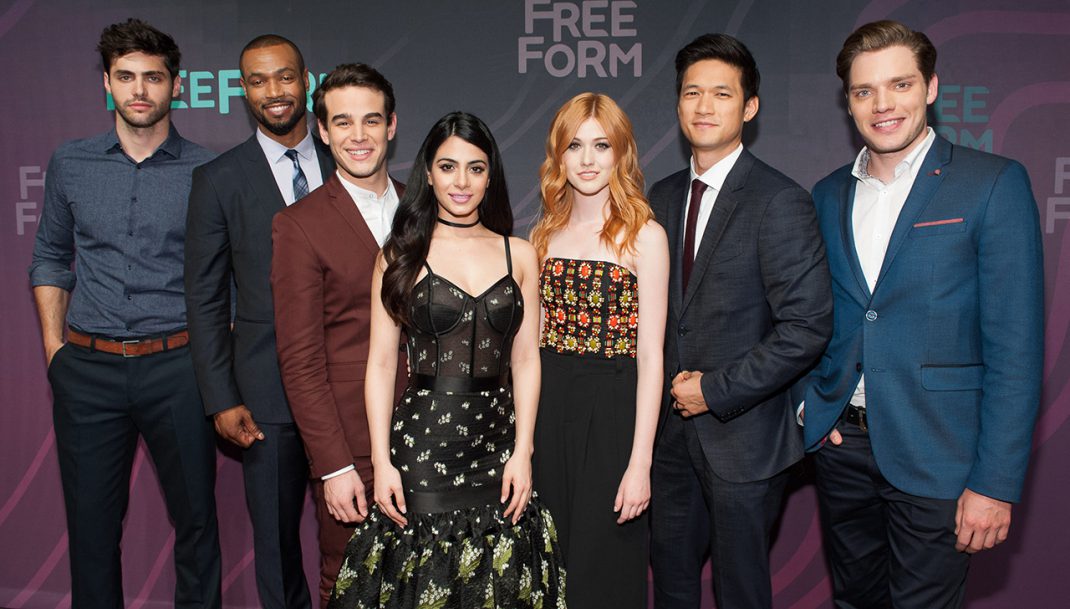 BURBANK, Calif., May 12, 2017 – Fans can meet their favorite stars from Freeform’s hit series The Fosters, Shadowhunters, and Stitchers, along with cast from the new series The Bold Type at D23 Expo 2017, taking place July 14–16 at the Anaheim Convention Center.

Members of The Fosters family, as well as cast from the sci-fi series Stitchers, the saga Shadowhunters, and the new series The Bold Type, will appear throughout the weekend in the “Talent Central” autograph area, located in Hall A. Following is the appearance schedule (subject to change, times and cast to be announced at a later date), plus more information on each series.

Shadowhunters returns for the second half of season two with Shadowhunters and Downworlders reeling from what happened at the New York Institute in the winter finale. As the rift between the two sides grows larger, the team and their Downworld friends and lovers are put in the middle of the dangerous divide. Torn between the Clave’s rules and what they feel is right, Clary, Jace, Alec, and Isabelle struggle to help forge a new beginning. Relationships will be tested, a new Shadowhunter named Sebastian will join the fray, and the Seelie Queen will step out of the shadows in the summer season. Shadowhunters is produced by Constantin Film and executive produced by Todd Slavkin, Darren Swimmer, McG, Michael Reisz, Matt Hastings, Mary Viola, Martin Moszkowicz, and Robert Kulzer. The series stars Katherine McNamara, Dominic Sherwood, Alberto Rosende, Emeraude Toubia, Matthew Daddario, Isaiah Mustafa, and Harry Shum Jr. Shadowhunters midseason premiere will be MONDAY, JUNE 5, at 8 p.m. EDT.

On the upcoming season of fan favorite Stitchers, Kirsten and the Stitchers team hack into the minds of the recently deceased to investigate diverse and unusual cases spanning from international relations to within their own families. New relationships will develop while others will end, and the true purpose of the Stitchers program will be revealed. Stitchers is executive produced by Jeffrey Alan Schechter, Jonathan Baruch, and Rob Wolken. The series stars Emma Ishta, Kyle Harris, Ritesh Rajan, Salli Richardson-Whitfield, Allison Scagliotti, and Damon Dayoub. Stitchers will return for its third season on MONDAY, JUNE 5, at 9 p.m. EDT.

The Fosters returns for its fifth season. Winner of a Television Academy Honors Award and GLAAD Media Award for Outstanding Drama Series, The Fosters follows a multi-ethnic family mix of adopted and biological teenaged kids being raised by two moms. The drama’s fifth season will include the milestone 100th episode. The Fosters is executive produced by Jennifer Lopez and created by Bradley Bredeweg and Peter Paige, who also serve as executive producers and writers, along with Joanna Johnson. Greg Gugliotta, Elaine Goldsmith Thomas, and Benny Medina also serve as executive producers. The series stars Teri Polo, Sherri Saum, Hayden Byerly, Noah Centineo, David Lambert, Maia Mitchell, Danny Nucci, and Cierra Ramirez. The series is produced by Nuyorican Productions, Inc. in association with Freeform. The fifth season premiere of The Fosters will be on TUESDAY, JULY 11, at 8 p.m. EDT.

The Bold Type, inspired by the life of Joanna Coles, chief content officer of Hearst Magazines, reveals a glimpse into the outrageous lives and loves of those responsible for the global women’s magazine Scarlet. The rising generation of Scarlet women leans on one another as they find their own voices in a sea of intimidating leaders. Together they explore sexuality, identity, love, and fashion.  The series stars Katie Stevens, Aisha Dee, Meghann Fahy, Sam Page, Matt Ward, and Melora Hardin as Jacqueline, editor in chief of Scarlet Magazine. The Bold Type is executive produced by Sarah Watson, David Bernad, Joanna Coles, and Ruben Fleischer. Holly Whidden is co-executive producer. The series is a Universal Television and The District production. The Bold Type will have a special two-hour premiere on TUESDAY, JULY 11, at 9 p.m. EDT.

D23 Expo—The Ultimate Disney Fan Event—brings together all the worlds of Disney under one roof for three packed days of presentations, pavilions, experiences, concerts, sneak peeks, shopping, and more. The event, which will take place July 14–16 at the Anaheim Convention Center, provides fans with unprecedented access to Disney films, television, games, theme parks, and celebrities. For the latest D23 Expo 2017 news, visit D23expo.com. Presentations, talent, and schedule subject to change. To join the D23 Expo conversation, be sure to follow DisneyD23 on Twitter, Facebook, Pinterest, Instagram, and YouTube, and use the hashtag #D23Expo.

The name “D23” pays homage to the exciting journey that began in 1923 when Walt Disney opened his first studio in Hollywood. D23 is the first official club for fans in Disney’s 90-plus-year history. It gives itsmembers a greater connection to the entire world of Disney by placing them in the middle of the magic through its quarterly publication, Disney twenty–three; a rich website at D23.com with members-only content;member-exclusive discounts; and special events for D23 Members throughout the year.

Fans can join D23 at Gold and General Membership levels at D23.com and at DisneyStore.com/D23. To keep up with all the latest D23 news and events, follow DisneyD23 on Facebook, Twitter, Instagram,Pinterest, and YouTube.