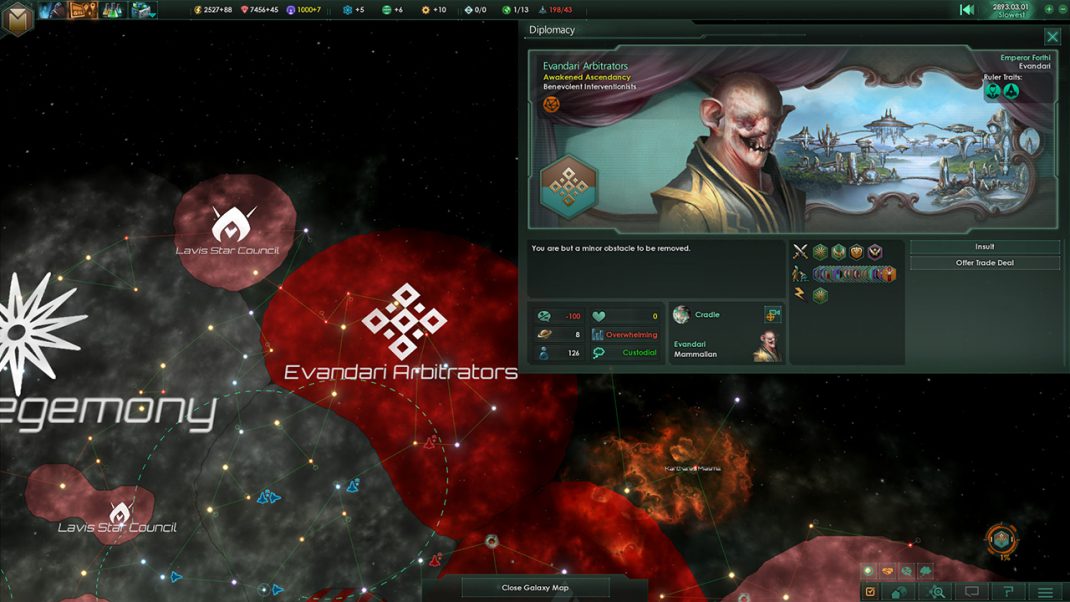 STOCKHOLM – May 9, 2017 – Your species has mastered the seemingly impossible. Faster than light travel means a new era for your civilization. Brave pioneers set forth from our ancient homeworld into the unknown, while scientists unlock more and more of the vast mysteries of the cosmos.. But you are neither the first, nor the only, species to climb to the heavens. You must test your military and diplomatic prowess against rival galactic empires.

It’s hard to believe that Stellaris is already a year old. Paradox Development Studio’s science fiction empire builder arrived in 2016 to widespread critical acclaim and found an eager audience ready to transcend the bonds of their home planet and forge a bright (or dystopian) future. To celebrate this anniversary, and as a gesture of thanks to the inhabitants of Earth, Paradox is offering a Stellaris bundle with its three expansions.

Paradox is also giving away the pre-order pack Creatures of the Void and a new Anniversary Species Portrait Pack to all Stellaris owners as a thank you for their support over the last year. Over the week of the anniversary, Paradox will also be offering discounts on the purchase of the base game and the first two major pieces of DLC.
Paradox Development Studio is very happy that so many of you have chosen to take this interstellar journey with us. Over the coming years you can expect exciting new realms of possibility and adventures among the endless stars in Stellaris.

The Stellaris Anniversary Edition and Species Portrait Pack are both available on Steam, starting today.