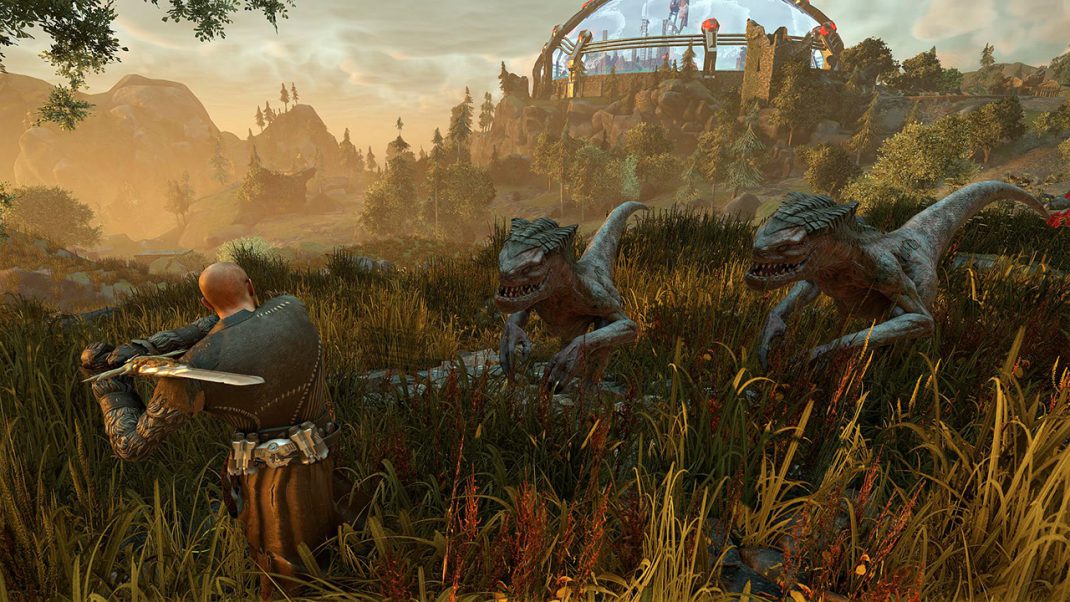 VIENNA – May 4, 2017 – Piranha Bytes and THQ Nordic present a new in-game trailer for ELEX. The new trailer features one of the major factions players can join in the world of Magalan: the Berserkers.

Having found a way to transmute Elex into pure Mana, the Berserkers are transforming Magalan’s shattered wastes into lush, living woodland. From their capital Goliet in Edan, they range through the world to find places to plant their “world hearts” – huge plants, able to revitalize the planet.

The Berserkers decline any kind of technology, with their city looking like it was lifted right from medieval times. When it comes to combat, they rely on sword, axes, crossbows… and magic.

Developed by Piranha Bytes, creators of the award-winning Gothic and Risen series, ELEX is a handcrafted action role-playing experience set in a post-apocalyptic science-fantasy universe, putting players into a huge, seamless open world full of original characters, mutated creatures, deep moral choices and powerful action. From swords and axes to bows, crossbows and harpoons, ELEX offers one of the widest selections of weaponry in the history of role-playing. Pick up a shotgun, power up a plasma rifle or unleash a flame thrower – there’s a weapon and combat style for every fighter out there. Then find a companion, choose a faction and influence the world; in ELEX, every choice will forge the future of your game.

ELEX is set to release later this year on the PlayStation®4 computer entertainment system, Xbox One and Windows PC. For more information, visit www.elexgame.com, and follow the game on Facebook andTwitter.