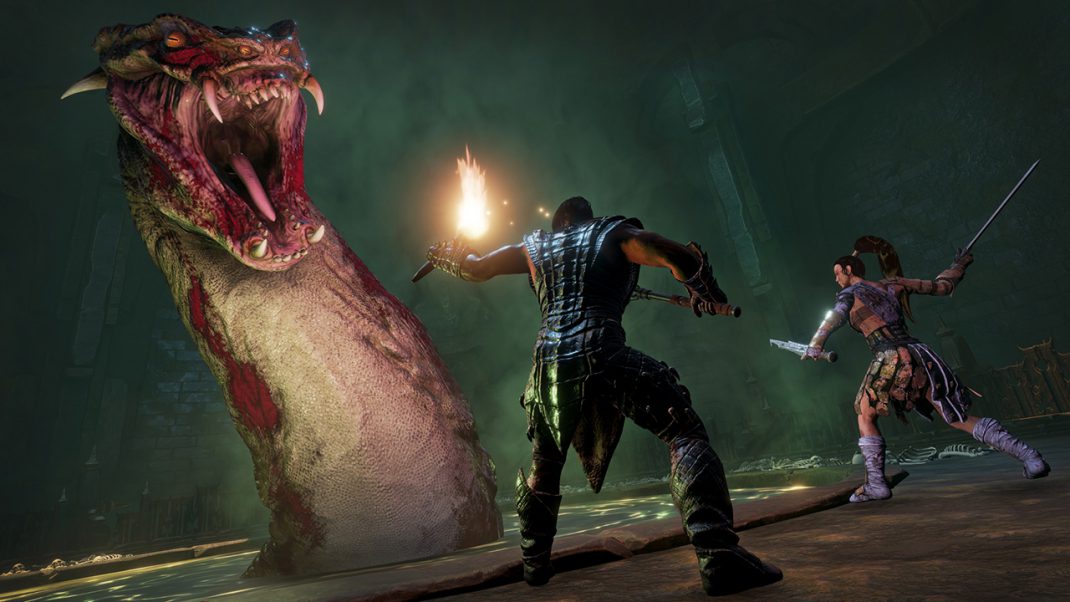 April 6, 2017 – Players can now enjoy an all new dungeon in our open-world survival Early Access game Conan Exiles. The dungeon is called The Dregs, and in it you can explore the dark sewers which spread beneath the ruins of an ancient city filled with corrupting magic.

You must perform a grizzly ritual before you can open the secret entrance to the dungeon and descend into the murky depths below. The Dregs offer a brutal challenge with new monsters to fight and puzzles to overcome. The final boss of the dungeon is the Abysmal Remnant, the result of an experiment with dark sorcery which went horribly wrong. Players can get their hands on new armor, weapons, gear and new crafting recipes by defeating the dungeon boss.

Read the Developer Blog about the new Dungeon here:
https://blog.conanexiles.com/en/update-24-explore-new-dungeon-dregs/

This dungeon is the third content update for Conan Exiles in the last three weeks. Two weeks ago, we introduced the dyeing system, where players can color their clothes and armor, plus many new weapons and a set of armor. Last week players could get their hands on the all new trebuchet war machine, which can fire huge boulders and even demon-fire barrages at enemy cities.

Conan Exiles was released into Early Access on January 31st 2017 and Funcom reported that the game sold half a million units in about a month. The developers continue to update the game constantly with both fixes, improvements, new content, and new features. For more information, visit www.conanexiles.com