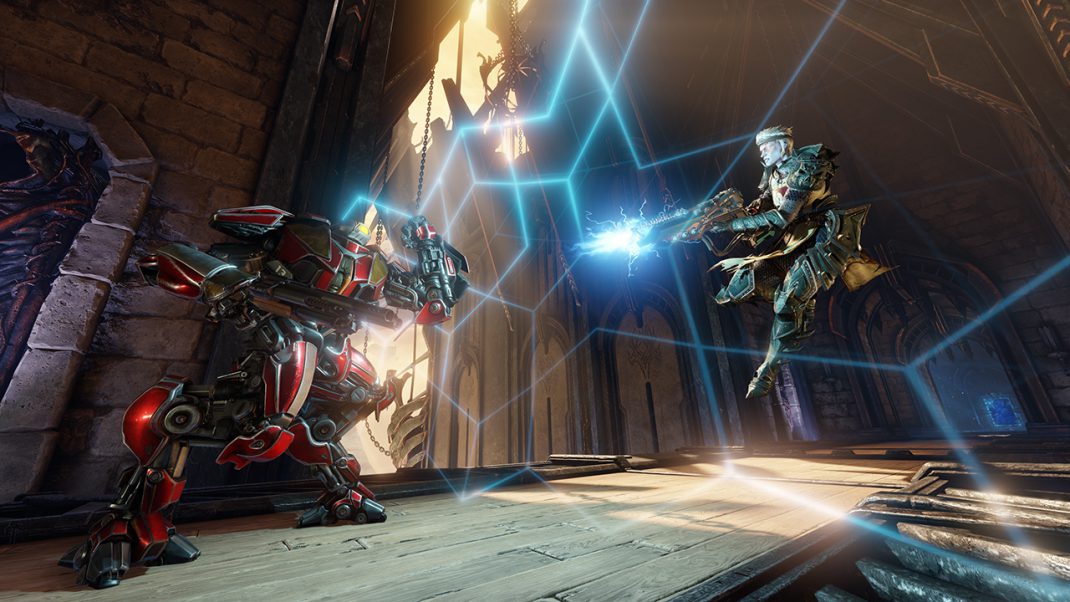 April 4, 2017 – We’re doubling down on Quake content today, releasing a great raw gameplay video for Quake Champions as well as a spot of esports news about an open qualifier for the first major Quake Champions tournament at Quakecon:

QUAKECON BYOC OPEN QUALIFIER
Bethesda will be hosting the first major esports tournament for Quake Champions at this year’s Quakecon in Dallas. We’ll reveal more details about the tournament at E3.

While we’re not ready to talk in detail, we are announcing that one of the ways players can qualify for the Duel portion of the tournament is by competing in an open qualifier that will be held in the Bring Your Own Computer (BYOC) area of Quakecon, August 24-27, in Dallas, TX. Competitors who want a shot at competing versus the best in the world should make sure they secure their BYOC seat when they go on sale April 13 via the Quakecon web site.

OK, ON TO THE VIDEO!
Below you’ll find a video offering a sneak peek at raw gameplay, showcasing Anarki shredding Blood Covenant at insane speeds and making patently absurd shots. Shout out to ZeRo4 for showing us how it’s done.