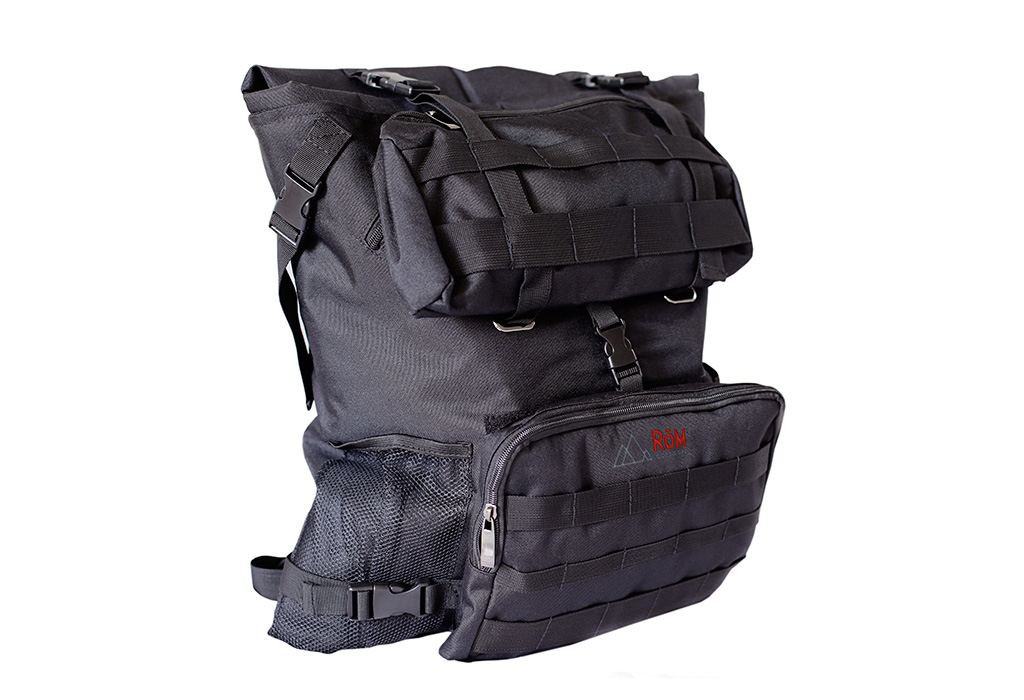 RōM Outdoors has made a backpack for true survivalists with their RōM Pack. The RōM Pack transforms from its initial backpack state into a poncho with a hoodie or a blanket that is soft on one side and water resistant on the other. Usually retailing for about $100 dollars, RōM Outdoors is currently have a sale on their website, making the sale price of the RōM Pack $69.97! The pack is made from 600D poly fabric which gives it a good amount of strength (most airsoft gear is 500D, while the expensive stuff is 1000D) while not being too rough to touch.

The RōM Pack starts out as a backpack, so that’s what we wanted to start by looking at. As far as internal space goes, the RōM Pack has plenty of it. The when calculated, the RōM Pack features 3040 cubic inches of cargo space and weighs only 4.6 lbs. Aside from its cavernous main compartment, the RōM Pack comes with two removable saddlebags that can be used to carry on-the-go gear that you might need to get to in a hurry. I made one of mine into a medical kit – its rip-away capability is a godsend for an IFAK (individual first aid kit). 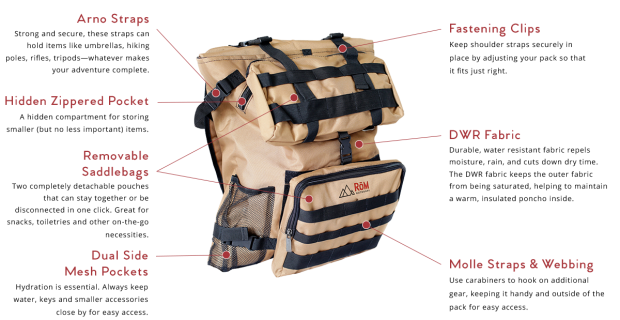 Each side of the RōM Pack has a mesh pocket where you can store a water bottle or other small accessories. And, if that isn’t enough for you, there is MOLLE webbing along the back of the pack that can be used to hook on additional gear or pouches. If you are concerned that comfort might be an issue with such a back pack, I can assure you it is not. The straps that RōM Outdoors has put on their pack are soft enough to be comfortable and set wide enough apart that they don’t rub your neck raw while wearing it.

If you are done using the pack as a blanket or hoodie and want to fold it back into a back pack, the method for doing so is not very difficult. In the following video, you can see a child folding the pack back up as an example of just how simple it is.

The biggest challange in fielding the RōM Pack for any length of time is that the pouches and overall design of the pack allows for some wiggle and slouch. It is braced, for the most part, by straps that help keep everything together, but it definitely moves around a little more than most standard packs.

Overall, the RōM Pack from RōM Outdoors is a great survival pack. However, remember that when used as a hoodie or blanket, its storage space gets taken away, so you might want to pick up an inner pack to hold the items during the transformation. RōM Outdoors actually has an inner pack on sale for just about $4 dollars, so you might want to pick one up as well. You can find out more about the RōM Pack as well as purchase one of your own at RōM Outdoors official website.