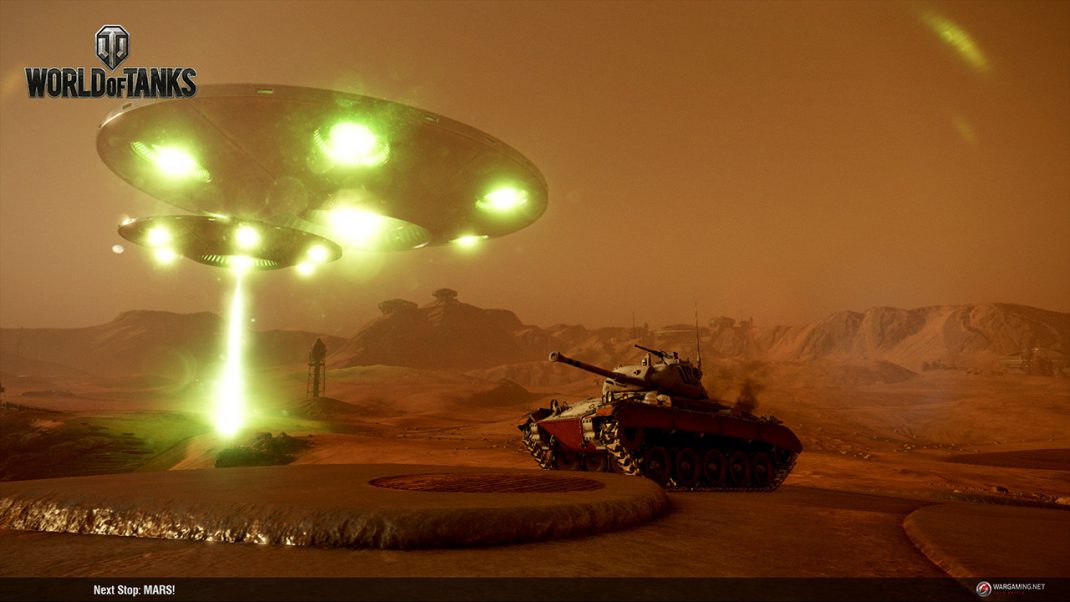 March 30, 2017 — Wargaming is celebrating April Fools’ Day with an all new space expedition to the fourth planet from the Sun – Mars! Blast off to the Red Planet for a limited time and make first contact with the new physics in a spaced out, low-gravity environment. Enter orbit between March 31 and April 2 to play in the limited time game mode, Next Stop: Mars!

Mars has been entirely overrun with alien spacecraft battling in the atmosphere, and tankers must engage in the land skirmish on the Martian surface to save April Fools’ Day for the galaxy. To join the fight, select the Lunar Chaffee in the Garage and hit “Battle” to be immediately transported to the battlefield, and to pure galactic chaos. 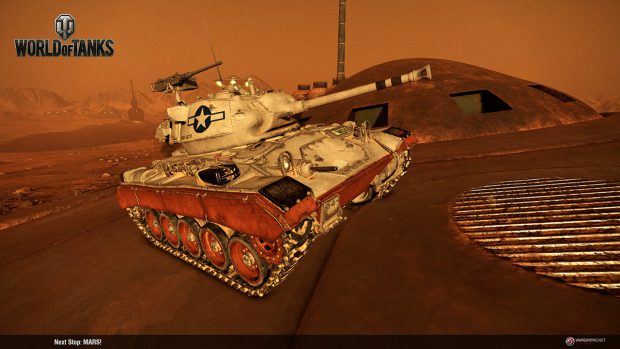 The Lunar Chaffee propels across the low-gravity surface of Mars and launches weightlessly through the air, for a challenging and thrilling out-of-this-world experience. Teleportation pillars shooting down from the alien spacecraft offer opportunities to sneak attack the opposing team by leaping through the air and traveling to an unknown point on the map.

For more information on World of Tanks on console, please visit: