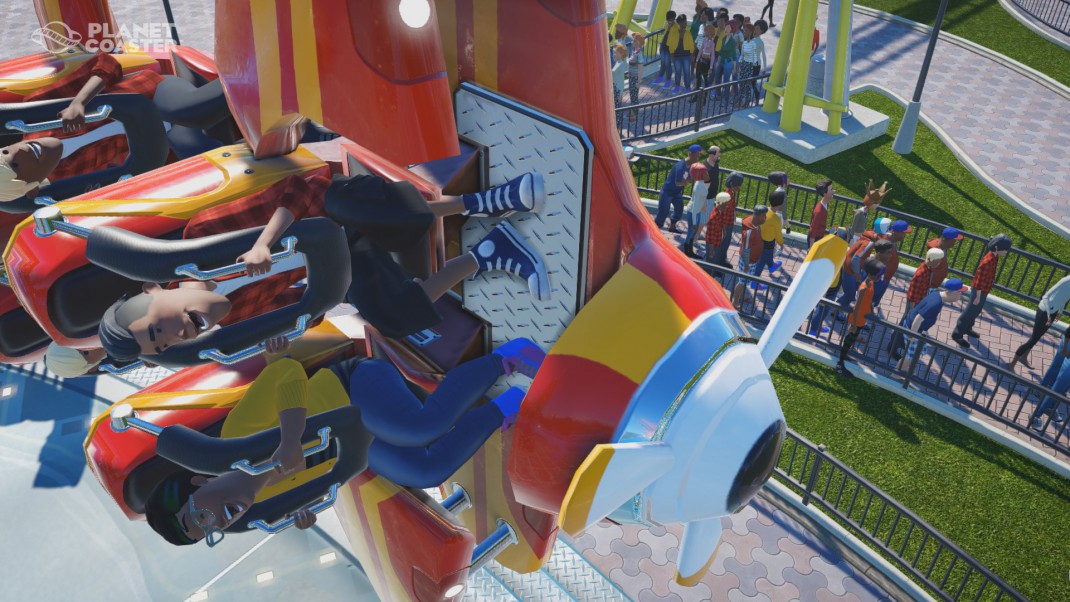 Spring has sprung! The sun is shining, birds are singing and Planet Coaster is celebrating the new season with three new rollercoasters, three new fully-customizable flatrides and the unique ‘Speed’ go-kart ride to thrill and delight your park guests.

But a new danger lurks in the world of Planet Coaster, with pickpockets and vandals now operating in players’ parks. A crime-ridden park will see guests’ happiness fall along with your profits, but security guards and CCTV cameras are on hand to keep park guests safe and prevent mischief-makers from spoiling the fun.

And visit the Planet Coaster livestream at YouTube.com/PlanetCoaster/Live for further Spring Update announcements over the coming weeks.