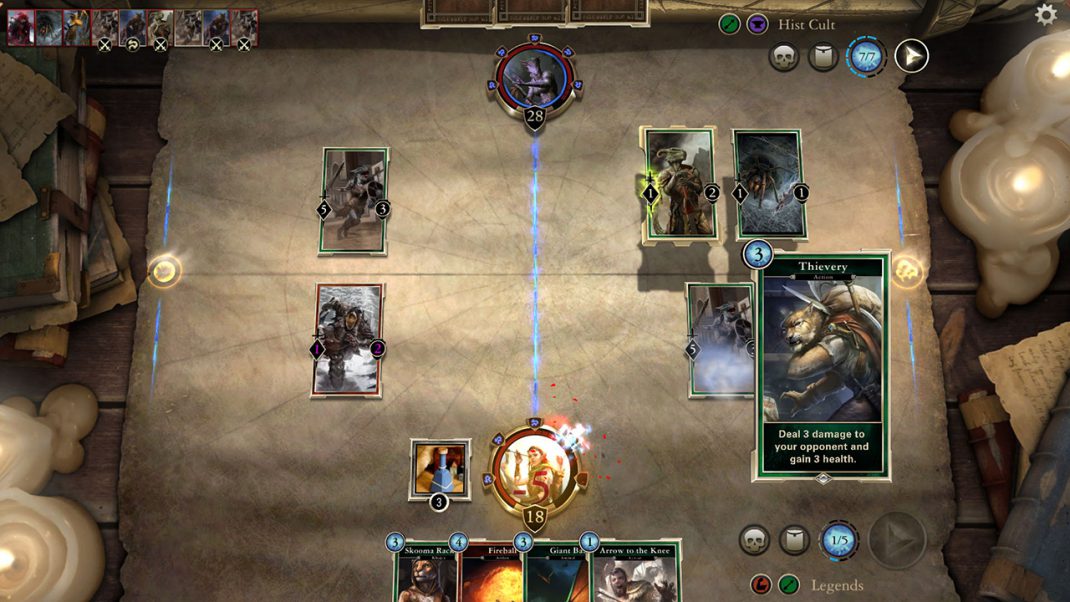 We’re excited to reveal a ton of information about The Elder Scrolls: Legends today, including the official launch on PC (today), our first new content update, The Fall of The Dark Brotherhood, as well as details for significant future additions to the game, including new platforms, expansions, and features scheduled for the months ahead.

After several months of beta feedback from players and a myriad of improvements, additions, and optimizations, we’re extremely proud to officially remove the “Beta” tag from The Elder Scrolls: Legends, and formally launch on PC. Strategy card game fans looking for a more depth and challenge steeped in Elder Scrolls lore can download the game for free via the Bethesda.net launcher, invite their friends, and start enjoying all the single-player and multiplayer content available.

We’re also revealing our first content update for The Elder Scrolls: Legends, The Fall of The Dark Brotherhood, a new PvE Story that tosses players into the role of a double agent hired to infiltrate the ranks of The Dark Brotherhood. Recruited by a sinister group to bring down the infamous and fan-favorite Elder Scrolls guild of lethal assassins, players will need to make key choices that both impact which missions you’ll play and decide the story’s ending.

The Fall of The Dark Brotherhood contains a massive new adventure that takes place prior to the events of The Elder Scrolls V: Skyrim. The new content will be broken into three sections, or maps, and will introduce more than 25 missions and 40 new cards to the game. By completing missions within the new Story, players will unlock new cards available only via The Fall of the Dark Brotherhood, including three new Legendary cards.

With the official launch on PC, Bethesda has also revealed the roadmap for a massive amount of new content and features coming in the next couple of months, including: