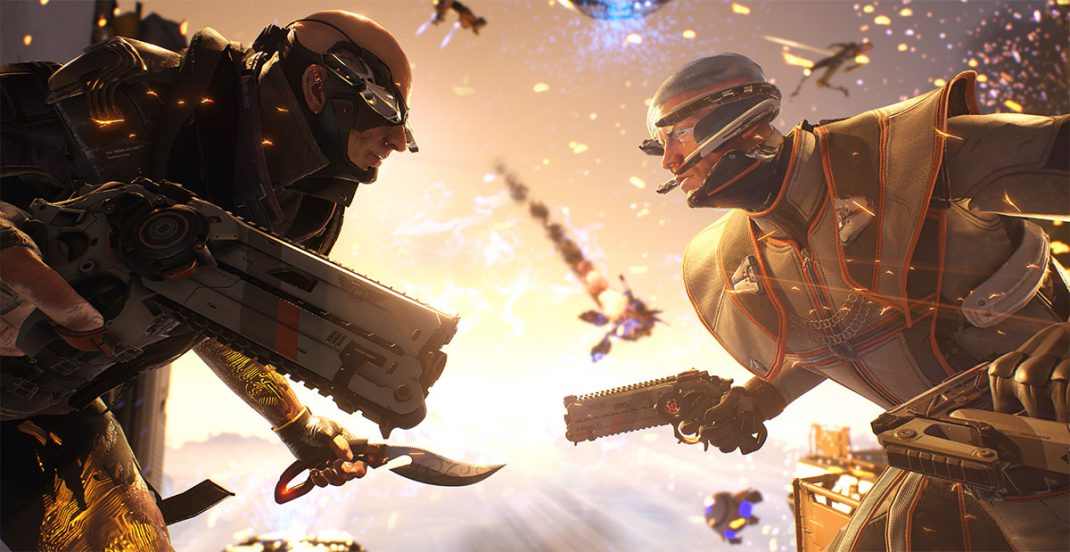 BOSTON – MARCH 6, 2017 – This weekend, attendees of PAX East will get a sneak peek of new and updated content in hands-on sessions of LawBreakers, an exhilarating new first-person shooter from legendary game designer Cliff Bleszinski and Boss Key Productions, in booth #13055 at the Boston Convention Center. The following weekend, the long-awaited Beta phase begins, featuring new content changes based on player feedback from the 2016 alpha, including the debut of multiple highly anticipated roles that offer a greater variety of play-styles, improved game balance, additional maps and much more. Players can sign up now for the chance to be invited to the first closed beta test, running on Steam next week from Thursday, March 16 – Sunday, March 19. Find out more about LawBreakers’ upcoming beta phase and beyond, in a new video from Cliff and studio communications manager Rohan Rivas: https://www.youtube.com/watch?v=EjaJpDtT2g4

This week during PAX East, anyone who plays LawBreakers will receive an official Pinny (PAX’s series of trading pins for attendees and fans to collect) featuring a new character, as well as a limited edition t-shirt with one of three PAX-exclusive designs*. In addition, Cliff and a panel of developers from Boss Key will share behind-the-scenes insights on the topic of “Action After Alpha: LawBreakers’ Road to Beta” at 9 p.m. EST, Friday, March 10 in the Bumblebee Theatre.

Players should prepare to deliver death from every angle as they compete in unprecedented gravity-defying combat in a nearly unrecognizable futuristic world. FPS fans will choose their play-style from a cast of unique “verti-killers”, each equipped with distinct movement skills, battle abilities and weapons combos, to join the fight in dynamic gravity-ravaged arenas that offer players a breathtaking vertical team-based battle royal.

Sign up now for a chance to team up and jump into the fierce, fast-paced symmetrical conflict between the Law and the Breakers during the beta, at www.lawbreakers.com.