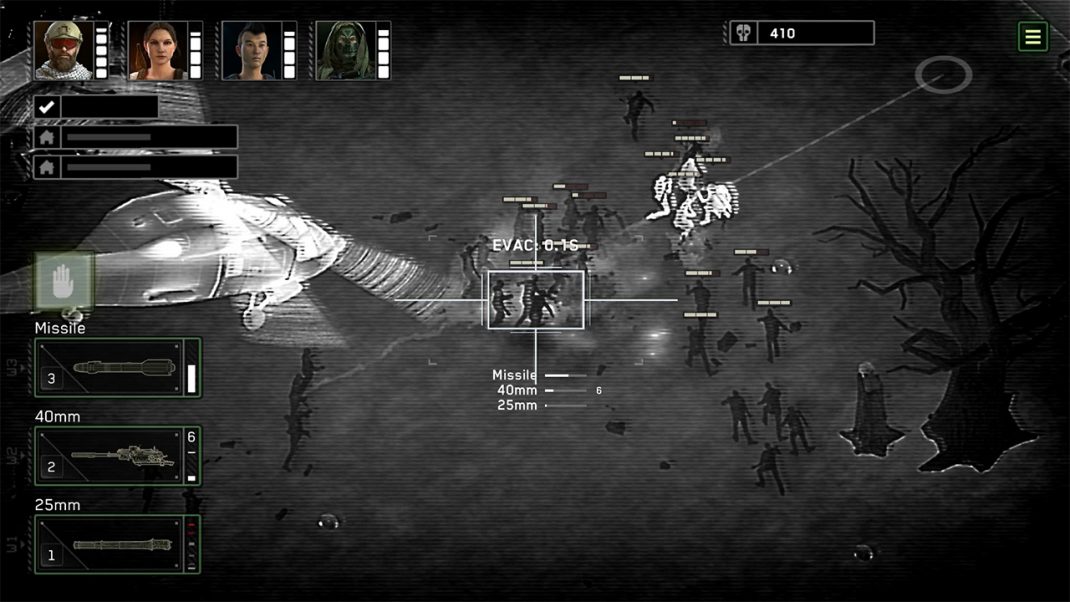 (San Francisco, CA) – March 1, 2017 – Mobile gaming publisher flaregames has today – alongside developer Limbic – revealed the May 2017 launch date for Zombie Gunship Survival, the next installment in the #1 top-grossing Zombie Gunship franchise. Coming to both iOS and Android, flaregames and Limbic revealed the mobile shooter game’s anticipated launch date via a NEW TEASER TRAILER, with the team showing off the game’s high-definition visuals and intense scenario-based action at GDC 2017 this week.

In Zombie Gunship Survival, players take the gunner seat aboard a heavily-armed AC-130 aircraft and wage war against zombies. As a survivor of a full-scale zombie apocalypse, players gun down the undead from the skies and protect their ground troops during risky scavenging missions. After securing valuable resources needed for survival, players can upgrade their devastating weaponry and build a remote airfield, which acts both as a shelter for survivors as well as a base for players’ operations.

The second installment in the Zombie Gunship franchise, which received IGN’s “Editors’ Choice Award” in 2011, Zombie Gunship Survival features a user interface that follows first-person shooter (FPS) console game traditions like Call of Duty and Battlefield. Unlike many mobile games, players are fully involved in the action and are therefore in direct control of its outcome. Also, by unlocking new weapons and troops, the way players can approach specific battle scenarios is reinvented each time, leading to freshness of experience and deeper immersion.

“Zombie Gunship was conceived through our love of realistic shooters – set in dark worlds – that are common on PC and console, but not mobile,” said Arash Keshmirian, CEO and co-founder, Limbic. “One particular inspiration was from games like Call of Duty where you are providing fire support from the air — we’ve also drawn a lot from military shooters and simulations. With Zombie Gunship Survival, we’ve made enormous strides in the visuals, arsenal and battle gameplay and can’t wait to globally launch the game in May.”

“Limbic are a gaming publisher’s dream and a world-class development team with the vision to redefine the mobile shooter genre,” said Klaas Kersting, CEO and founder, flaregames. “Zombie Gunship Survival is a sequel millions of gamers have been waiting for, not least the huge fan base of the original game.”