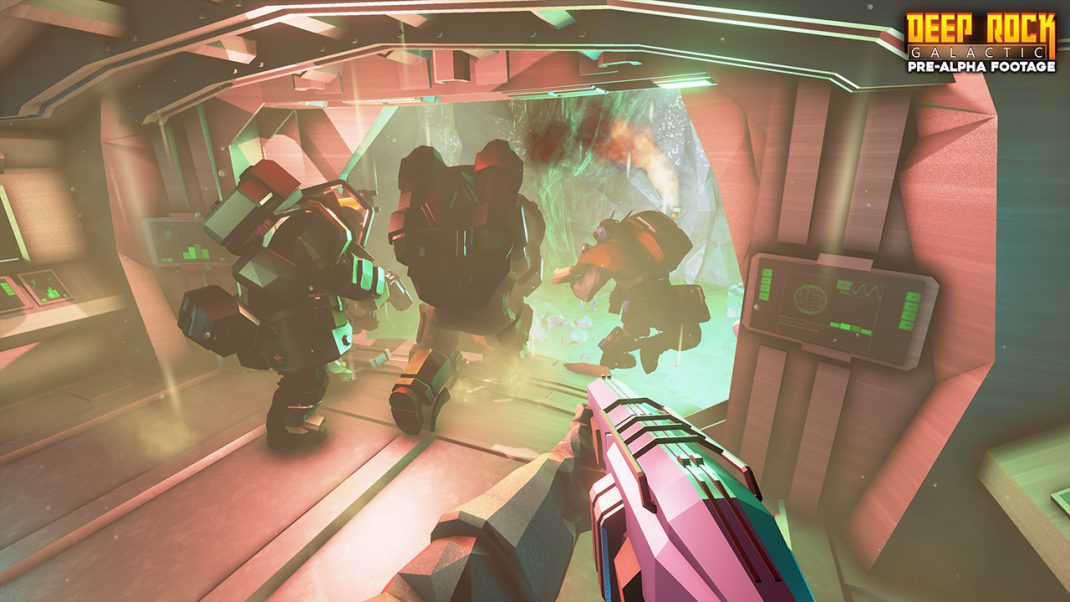 After six successful years, swedish indie developer and publisher Coffee Stain looks to grow the business, and one step towards that goal comes as Coffee Stain buys into danish developer Ghost Ship Games acquiring a minority stake of the company! Ghost Ship Games was founded in 2016 by a group of danish industry veterans on a mission to create amazing co-op experiences.  The first game of the studio, Deep Rock Galactic will be published by Coffee Stain Publishing, and launches later this year! The companies are forming a strong alliance to fight the future together!

“This is the start of something extremely exciting. Coffee Stain has for some time looked for good ways of expanding, and we see this as a perfect way. The crew sailing Ghost Ship will complement us well with their experience, and in return we will bring our goat-minds to their table!” – Anton Westbergh, CEO of Coffee Stain

“Right after my first meeting with Coffee Stain at Dreamhack in Sweden, I knew they would be the perfect business “co-op player” for us. Coffee Stain are developers by heart, but has again and again proven their sea-worthiness in the international games industry. This is going to be an amazing journey!” – Søren Lundgaard, CEO of Ghost Ship Games

“Coffee Stain is the perfect business partner for us. We strongly believe that their experience with the development and publishing of Goat Simulator, Sanctum 1 and 2, will help us reach a bigger audience than we could ever have dreamed doing ourself as a small indie developer….and they are really nice guys too.” – Mikkel Martin Pedersen, Game Director of Ghost Ship Games

Get ready to dig deep into procedurally generated cave systems in this frantic fps co-op action game. In Deep Rock Galactic, you take the role as a space dwarf, ready to do what dwarves do best, dig for minerals and gold! As part of the recently announced publishing initiative from Coffee Stain, Deep Rock Galactic will be going out in 2017. Read more about Deep Rock Galactic over at http://www.ghostship.dk/