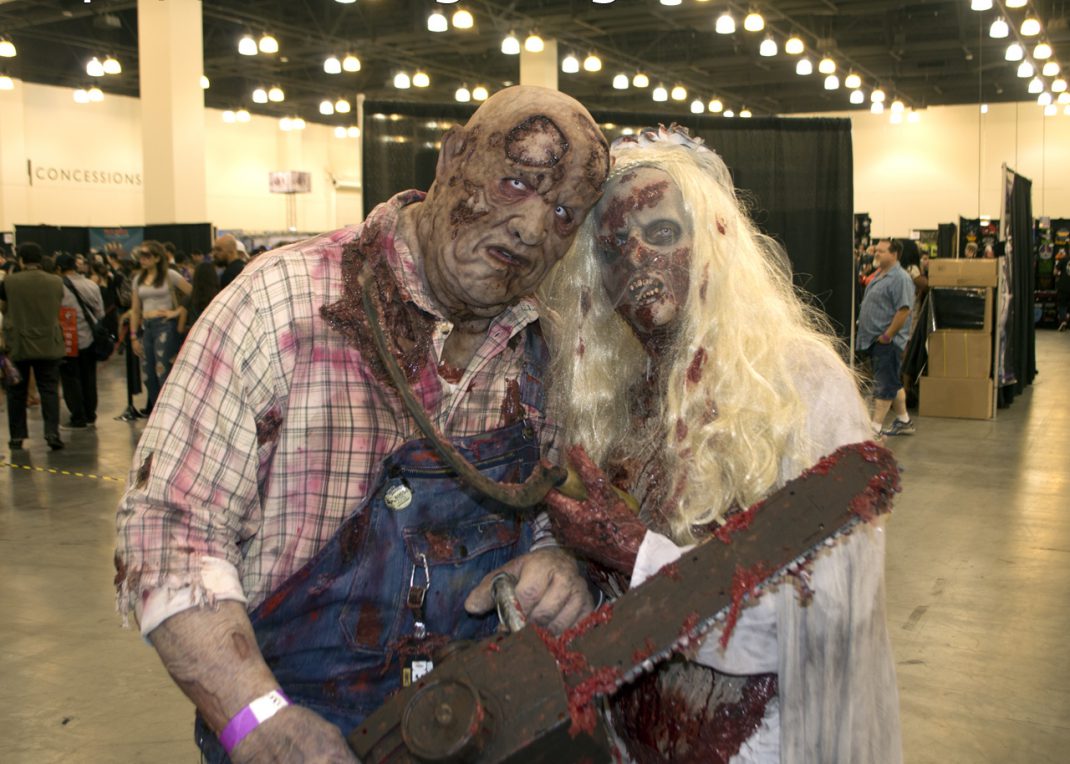 LOS ANGELES, CA – February 8, 2017 — Following a record-setting attendance in 2016,ScareLA, the Los Angeles Halloween convention, announced today its plans to expand to a new venue in downtown Los Angeles. The Los Angeles Convention Center, is set to become the show’s new home; West Hall will open doors to hundreds of Halloween vendors and thousands of fans under the theme “Monsters Come Together” on August 5-6, 2017.

Since debuting in 2013, ScareLA has captivated audiences by kicking off Halloween early. The show’s unique premise is combining a favorite U.S. tradition, Halloween, with the peak season for fun and travel, the summer. Set in the entertainment capital of the world, the convention is a mecca for horror fans of all ages. Attracting a record 12,000 attendees in 2016, ScareLA has become one of the fastest-growing independent conventions in the U.S. today.

“2017 marks a milestone for ScareLA and our fifth year anniversary,” said Lora Ivanova, ScareLA Executive Producer and Founder. “To celebrate this occasion, we are brewing up an incredible mix of entertainment, and preparing for what is sure to be our biggest and best year yet. We are thrilled to welcome fans to our new home at the Los Angeles Convention Center, our city’s premier event venue. We believe our community deserves the very best and we are proud to take our place among the best shows in the country.”

In 2016 more than 171 million Americans celebrated Halloween. Total spending in the U.S. reached a whopping $8.4 billion, an all-time high in the history of NRF’s annual survey conducted by Prosper Insights. The survey found that 7 in 10 consumers hand out candy on Halloween, and nearly half decorate their home or dress in costume.

ScareLA’s 2017 theme, “Monsters Come Together,” celebrates diversity, unity and tolerance. Created to bring people together in a celebration of the scary and unusual, the convention aims to build and strengthen community ties across diverse groups, backgrounds and interests, all united around the love for Halloween and creative expression.

ScareLA’s trademark combination of original immersive entertainment, on-site haunted house attractions, and diverse scare-themed programming have set a new standard for convention experiences nationwide. The show has solidified itself as the premier destination for a fast-growing audience which loves, lives and works in the scare entertainment industry. It spotlights the rich Southern California scare community, from its iconic seasonal theme park events, to haunted attractions, theater, film, escape rooms, interactive experiences, the who’s who of horror and more.