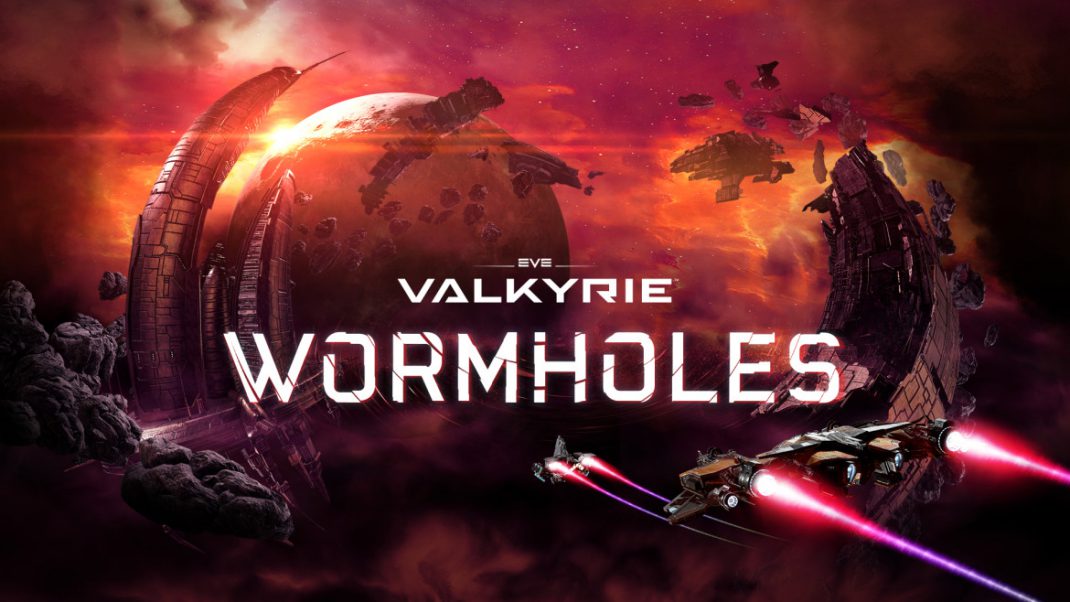 February 8, 2017 – From the edges of known space, Valkyrie scouts have brought back intel on a mysterious phenomenon! Wormholes – the fourth major free update for EVE: Valkyrie – will be coming to CCP Games’ stunning virtual reality space combat shooter on Wednesday 15 February across Oculus Rift, PlayStation VR and HTC Vive.

Each weekend, a new wormhole will open and inside, players will find unique gameplay opportunities that challenge everything they know about being a Valkyrie pilot. From mined control points to Supermissiles and beyond, the combinations are endless. The mysteries of Wormhole space are still largely unknown, with plenty yet for players to discover.

The Wormholes update also brings with it the new Leagues alpha feature, which showcases the competitive spirit of the Valkyrie. All pirates are after treasure, but to a Valkyrie the ultimate reward is status. In this first iteration of Leagues, players will earn points toward League status by playing competitive multiplayer matches. All players will begin at Emerald and the best will progress to Sapphire, Ruby, and ultimately Diamond, where the brightest stars sit in a league of their own.

Also included in the Wormholes update is HOTAS (hands-on-throttle-and-stick) support for PlayStation 4, improvements to Com Alerts based on feedback from the community, plus various enhancements to performance and stability.

Further substantial updates are also in development for all Valkyrie pilots. For more information about EVE: Valkyrie, visit https://www.evevalkyrie.com/.