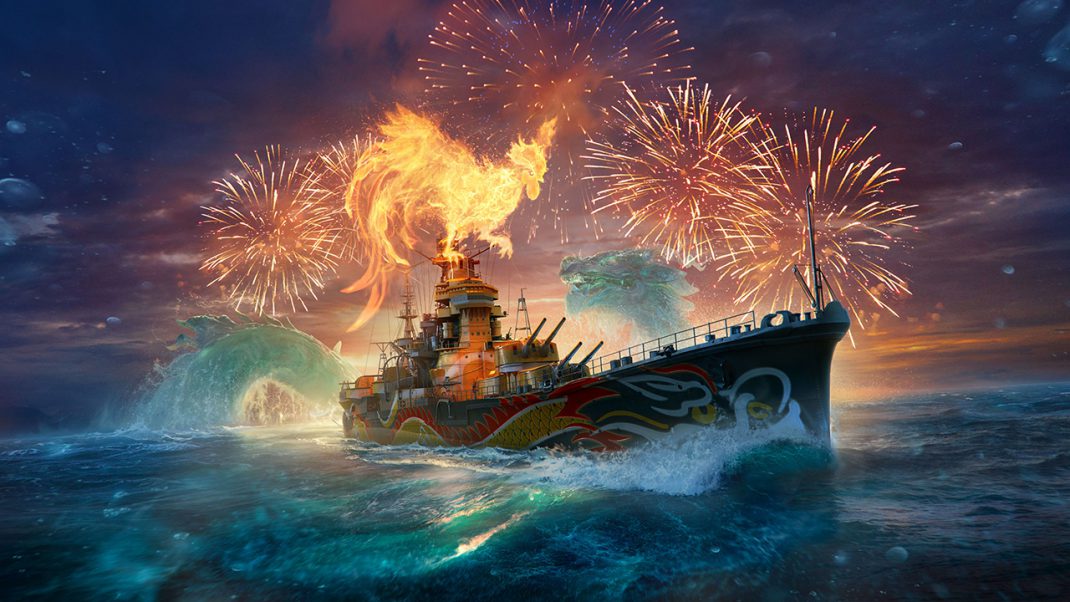 Q) Wargaming has laid out a great roadmap for future changes in World of Warships. How far out has the team planned? Just a year in advance or even further?

A) You probably have seen what we have announced for 2017 in videos or on the forums but we have plans for 2018 and even some exciting ideas for 2019! There are a whole boat load of new tech trees and features that we have been wanting to put into the game since we started so we have a pretty full schedule of new things coming. World of Warships is one of those games that your mind can go wild with the potential of where we could be in 1-2 years. Naval combat has so many interesting mechanics we can expand on and there a ton of cool new ideas that really capture the feeling of being on the deck of a ship during a fierce battle. So we have quite the backlog of ideas too!

Q) Wargaming has a history of adding fictionalized vehicles and vessels into their titles alongside more realistic units. Why was the choice made to add Dragon Boats to World of Warships?

A) We set out with the goal of sticking to historical visuals and ships but both the players and us keep coming up with cool things we could do in our engine. Our players always want something new to keep them interested or a new way to show off their accomplishments, so we started creating some less historical designs. Many of our designs are inspired by the really crazy “dazzle” camouflages that were used in real warships. There are some very psychedelic and mind-bending designs that real navies were using that we could pull from. It turns out, it was a big hit in the community and we have continued to push more non-historical content in our game. Ultimately, our game is about having fun, and sometimes that means doing something a bit off the wall compared to what you are used to. Plus our artists get bored drawing gray ships all day! 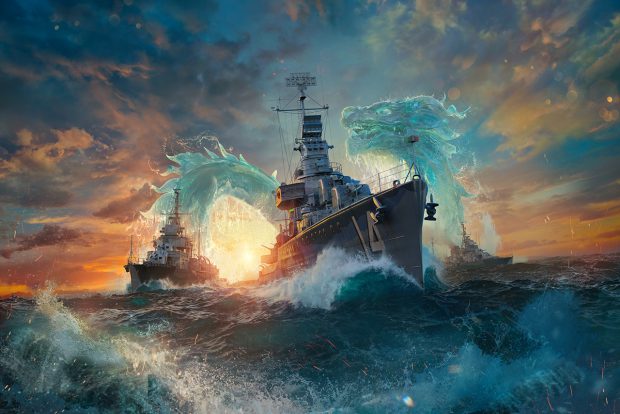 Q) What kind of changes can we expect to see with regards to Soviet Destroyers?

A) We are splitting the current Soviet Destroyer into the two main gameplay styles that destroyers typically have, Gunboats and Torpedoes. Right now the Russian tech branch contains both and playstyles often switch back and forth as you climb up tiers. This can be really annoying or just confusing when you unlock your next ship and it plays totally different that what you just had. We recently did a split to the Japanese destroyers for the same reason and we will add in new destroyers to fill out the gaps in the two lines. For the Russian DDs, the new additions are more mostly torpedo focused as the line of ships already features amazing gunboats.

Q) What other legendary commanders can you tell us about? Any as “notorious” as Steven Seagal?

A) Haha. Commander Seagal is the first of many Legendary Commanders to come. Some will be historical with skills and abilities that represent some of their greatest achievements during real world naval battles. We also plan to make Commanders that are totally not from history and are just for fun. As for specific Commanders, I can’t say but they will be equally famous, if not more!

Q) Can you tell us about any of the new commander skills that are coming down the pipe?

A) There are several new Commander skills that are going to be very powerful from the skill rework. Priority Target is one that seems to be going under the radar at the moment. It tells you when and how many ships are directly aiming at you. Basically, it gives you more warning that you are about to start being blasted to bits. Even just a few seconds of knowing that can be huge for some of the lighter classes like Destroyers and Cruisers. For the Captains who like to sling HE shells all day, Inertial Fuses is going be a big boost. It reduces your chance to start fire, but increases the penetration power of your shells. This can push some small cannons from entirely bouncing off thicker armor like on Battleships or angled armor to being able to pierce that steel like a hot knife through butter. In addition to several brand new skills, we made most skills cheaper to obtain by flattening the tree a bit so players can unlock more options and different builds much easier.

Q) Some rumors are saying that anti-ship missile weapons are going to be added to the game – can you confirm or deny this and, if they are being added, how will they be balanced alongside the existing weapon types?

A) We mentioned in our 2017 Preview that we will be adding new armaments to the game and at this moment, missiles is the top guess from our players. There may be some hints in the background, so take a look, but all I can say is that we are testing a few ideas for new weapons, but we don’t know which ones will make it in yet. We will have to see how they feel and how well they can be balanced before we make any more crazy announcements.

Q) The Halloween event was a lot of fun, can you tell us about any upcoming modes for PvE play?

A) Halloween Mode allowed us to test the waters for how we should develop PvE in the future. In short, it was a huge success and it definitely encouraged us to do more like it. While Halloween Mode wasn’t exactly historically accurate (to say the least!) our next PvE event we are planning is based on a famous moment in naval history. We really want to raise the bar again in World of Warships for what we can do with asymmetrical gameplay and storytelling. The mission won’t be a walk in the park but we plan to include a bunch of fun secondary objectives, so even if you don’t make it all the way through on your first or second try, you can still earn a bunch of prizes. 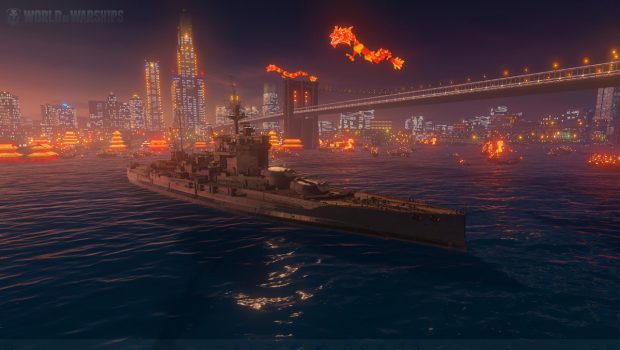 Q) How goes the possibility of adding World of Warplanes or World of Tanks players into WoWs so there can be joint battles?

A) Currently, it’s not something we are considering doing for a few reasons. The scale of our games is very different and it’s not a simple task to maintain a balance between realism and fun when you have such differences between scales. It is also partly due to the design of the machines. The tanks in our game are designed to fight other tanks, and part of what makes tanks so awesome is the constant attempts from each side to outdo each other. That makes each battle very compelling and contain some interesting match ups. For us, it doesn’t make sense to combine these different experiences. Each game has its own balance and pacing that make it engaging compared to other games. On top of all that, just balancing everything gives me nightmares. The largest tank ever made just can’t stand up to a warship that fires shells the SIZE OF A TANK from miles away. It wouldn’t be a fun time for that poor tanker.

Q) Is there anything else you guys would like to talk about with regards to upcoming World of Warships changes, etc?

A) We will be announcing more new features and ships in the future, but right now we are excited about the new loot that is on the horizon! We added in bonus loot boxes for earning experience in World of Warships recently, but we plan to expand the system to have unique equipment and consumables with special bonuses. Second thing to mention is the Carrier rework. This has been a big request from the community and will be a high priority for us this year. Our current plan is to see first iteration of changes in March or April.