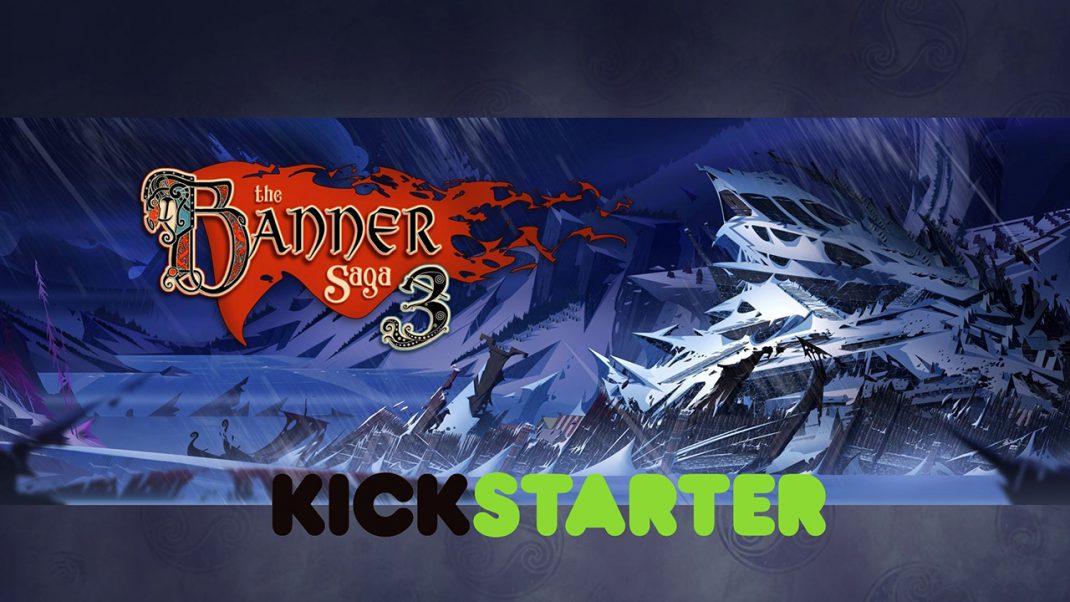 AUSTIN, TX – January 24th, 2017 – Stoic, an independent game development company, today announced that the crowdfunding campaign for Banner Saga 3 is now live on Kickstarter. The 30 day campaign aims to raise at least  $200,000 to bring the award winning, BAFTA-nominated series to a worthy, climatic conclusion. The turn based strategy game, which is steeped in viking culture, originally came to be made after a remarkably successful Kickstarter campaign back in 2012 which allowed the team to raise the bar on production and development plans and saw the first game, The Banner Saga, launch to critical acclaim. Banner Saga 3 will be the third and final part to this epic, story-driven saga.

“We’re going full circle and returning to Kickstarter where it all began. In 2012, the backers were instrumental in bringing the saga to life, smashing our initial funding target that led us to increase the scope, fidelity and production values of Banner Saga”, said John Watson, co-founder and Technical Director at Stoic. “We’re proud to be indie, and despite the stellar support we get from our publisher, Versus Evil, we’re not taking any outside funding to bring this series home, we’d love Kickstarter support to add additional features that are simply beyond our current budget”.

In Banner Saga 3, players will embark on their final journey beyond the wall of Darkness to traverse the world unlike anything encountered in previous sagas. The beautifully hand drawn Viking role-playing adventure will once again test the player’s resolve through epic tactical battles against deadly adversaries where a player’s choice directly affects their personal journey. The lives of your clansmen and their families have never been more significant than in the final act of the series. Banner Saga 3 stretch goals for the Kickstarter campaign will aim to enhance the game further if the initial funding goal is met, ultimately this will include more content to help drive the story and add even more production value to the final game.

The Banner Saga launched to critical acclaim and has received several awards and nominations, including winner of the 2014 Geekie Awards for “Best Video Game”, winner of 2014 Game Developers Choice: “Best Debut” award, finalist placement for “Excellence in Visual Arts” category at the Independent Game Festival, three BAFTA Award Nominations, and was the winner of Pocket Gamer’s 2015 Best Adventure/RPG Game and Best Android Game of the Year. The sequel, Banner Saga 2 has also received several nominations and award wins, including a Pocketgamer Gold Award, a nomination for Best Strategy Game at the 2016 Video Game Awards, and has been selected as a finalist for the 20th Annual D.I.C.E. Awards in the Strategy/Simulation Game of the Year category. Banner Saga 2 was also a runner up for Best Strategy Game in RPG Fans best Strategy Game and Hardcore Gamers Best of 2016 Awards and is available now for PC, Xbox One, PS4, Android and iOS.

To learn more about The Banner Saga Trilogy visit its brand new website at: http://bannersaga.com