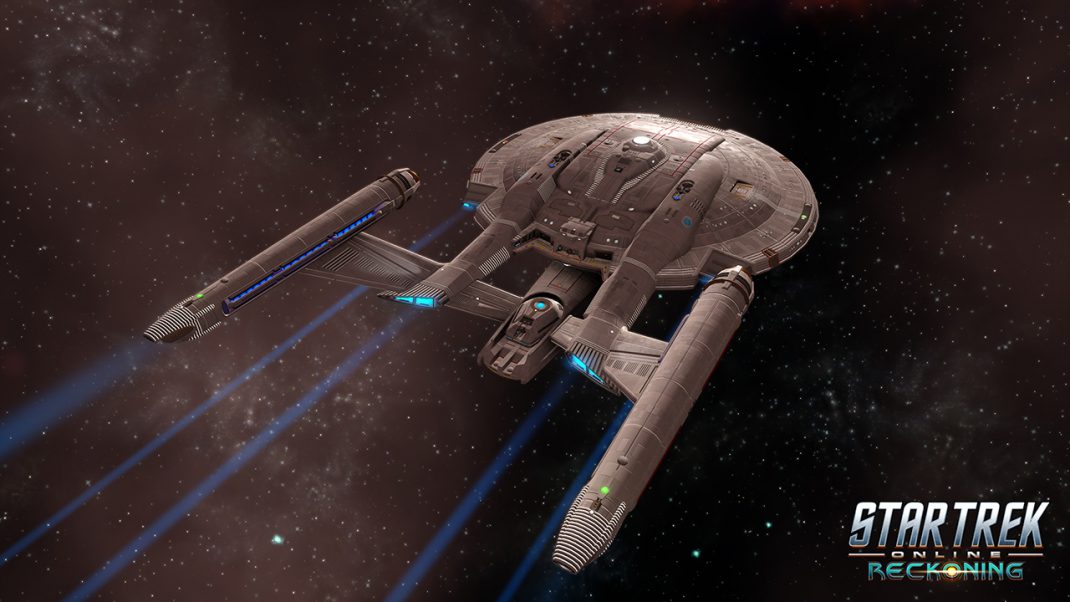 REDWOOD CITY, Calif. – January 11, 2017 – Today, Perfect World Entertainment Inc., a leading publisher of free-to-play MMORPGs, and Cryptic Studios announced Star Trek Online will kick off its 7th Anniversary with the release of Season 12 – Reckoning. The newest chapter to the 100% free-to-play MMORPG based on the classic Star Trek franchise releases on PC January 26 and on Xbox One and PlayStation®4 at a later date. Season 12 celebrates Star Trek Online’s upcoming anniversary with giveaways and mini-games, plus two new space queues, a new Research and Development System category and a featured episode titled “Of Signs and Portents.”

This year’s anniversary event for Star Trek Online offers captains the opportunity to complete in-game missions to earn exciting rewards, including the new Tier 6 Lukari Science Vessel, which the community selected the design for last fall. Players can also participate in two daily missions (Omega Molecule Stabilization Daily and Party Patrol) to earn special rewards and play the Omega Molecule Stabilization mini-game with Q to earn materials to construct crafting kits. Festivities also include server-wide giveaways for in-game items, which will take place soon on a daily basis leading up to the anniversary event release.

Season 12 – Reckoning continues the mission from Star Trek Online’s latest update, Agents of Yesterday: Artifacts. Under the leadership of Captain Kuumaarke, the Lukari have set out on a journey to investigate some unusual activity in an unexplored region of the Alpha Quadrant. Upon further inspection, they discover data that suggests weaponized use of protomatter. Fearing the Tzenkethi are behind this, they put out a call for help to the Alliance, who tasks captains from across the galaxy to help the Lukari prevent a looming cataclysmic attack.

Mission details for Season 12 – Reckoning will be revealed in the new featured episode, “Of Signs and Portents,” which will also feature the game’s first appearance of General Rodek, voiced by actor Tony Todd. The update also unlocks an expansive amount of content for captains to explore, including a new reputation, a new crafting school in the R&D System to create kits and modules, two brand-new space queues (“Gravity Kills” and “The Tzenkethi Front”) and a full space battlezone that has the Alliance pitting itself against the Tzenkethi in a desperate bid to stop the production and deployment of protomatter weapons.