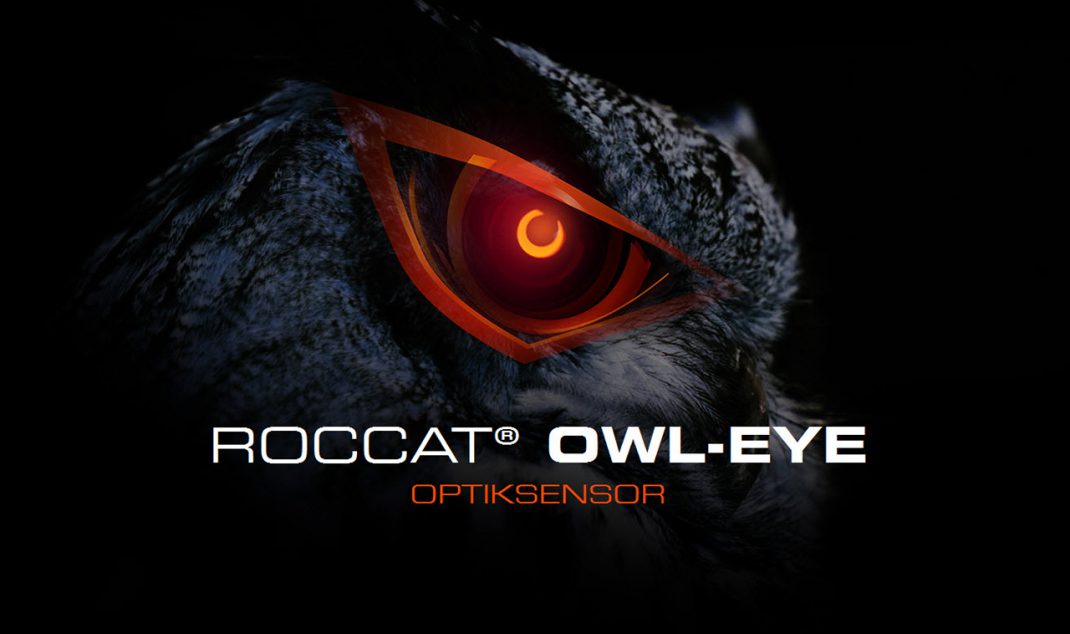 Hamburg/Las Vegas, January 3rd 2017 – ROCCAT® kicks off the new year with a plethora of new technologies and products, all of which debut exclusively at CES in Las Vegas. Visit our meeting room at LVCC South Hall 2 #MP25556 between January 5th and January 8th to experience them first hand.

Owl-Eye is the exciting new 3361 series optical sensor from Pixart which has been modified to the high and exacting standards of ROCCAT. Its feeling is what makes Owl-Eye so special. It translates mouse movements on screen with 1:1 accuracy. The sensor provides a level of control so natural and innate that it totally bridges the gap between user and game. Owl-Eye is available in three mice, suiting every type of gamer.

First up is the ROCCAT Leadr, the world’s first wireless gaming mouse that truly delivers the performance of a wired device. It offers zero lag and virtually zero latency as well as consistent tracking and pinpoint precision. With a charging dock and top-up cable for uninterrupted gameplay, wireless gaming is no longer a handicap.

The second product featuring Owl-Eye is the Kone EMP. It combines the superior ergonomics of the Kone, one of the most iconic gaming mice ever built, with the exceptional Owl-Eye sensor, to create a powerful weapon for gamers with medium-to-large sized hands.

The third mouse ROCCAT unveils at CES is the Kone Pure 2017. It delivers the Kone experience to gamers with slimmer hands. Weighing in at only 88 grams, it also boasts the relentless Owl-Eye sensor, making the revamped Kone Pure a force to be reckoned with.

You can learn more about ROCCAT’s game-changing Owl-Eye sensor and the featured mice at our dedicated micro-site. For your convenience, we have also attached a PDF document with further information.

We at ROCCAT understand, that a peripheral can’t stand on its own, which is why we deliver a whole gaming eco-system. With our patented Force FX technology, we re-imagined keyboard input to provide a whole new level of control. By employing a special chemical layer which modifies electrical conductivity beneath the QWEASD keyzone, our engineers have found a way to allow pressure-sensitive input on a rubberdome keyboard. We have implemented this technology in the Isku+ Force FX, which is the successor of the highly acclaimed and best-selling Isku FX – without raising the competitive price-point.

You can find in-depth information on the ROCCAT Force FX technology and the Isku+ Force FX at our dedicated micro-site or in the attached documents.