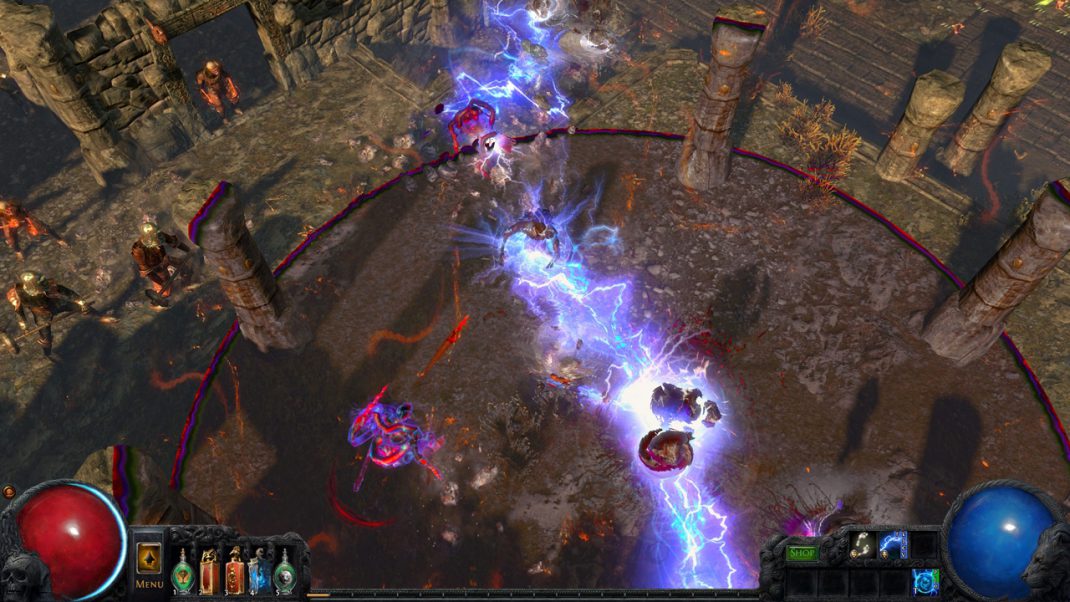 Path of Exile: Breach has already gotten a ton of praise in early previews. “The Grinding Gear team have a great handle on what the players want and continue to deliver content across all aspects of the game,” commented MMORPG

“We’re really proud of the Breach challenge league,” said Chris Wilson, managing director for Grinding Gear Games. “It creates tense situations where players have to weigh risk vs. reward. We’re looking forward to playing it ourselves alongside the community when it launches this weekend.”
Path of Exile: Breach Features:

Enter the Breach: Tears in the fabric of reality have formed throughout Wraeclast. Engage them to expose an alternate realm and reveal those who dwell there. Slay monsters inside the Breach to keep it open long enough to reap your bounty.
Challenge the Breachlords: Deep in the Breach, you may draw the ire of horrific new bosses: Breachlords. The more damage you inflict on them, the more treasure they’ll part with during their escape.

Treasures of the Breach: Monsters from the Breach drop new unique items that are specific to their Domain. When slain in their Domain, Breachlords can drop Blessings that allow these new uniques to be upgraded.

Performance Improvements: Content Update 2.5.0 includes the release of our new 64-bit Path of Exile client that uses DirectX 11. It’s a lot faster than the previous version and includes technical improvements such as new fog and cloth physics systems.

And Much, Much More! Alongside the Breach league and the new renderer, this update also includes many other changes such as piles of new Unique items, a new Channelling Support Gem, Unique Golem Jewels, a revamped Forsaken Master levelling experience (with many usability improvements) and graphical improvements to early Act One areas.

Path of Exile Key Features Include:

Path of Exile was released in October 2013 to critical acclaim including winning GameSpot’s PC Game of the Year award. Since its launch, Path of Exile has become a world community of over 14 million players including localized versions in Traditional Chinese, Russian, Thai and Brazilian Portuguese.

Path of Exile: Breach, like every release of PoE, is completely free-to-play (and of course, never Pay to Win – This means that your success in the game is dependent on the depth of your skill, not your wallet).