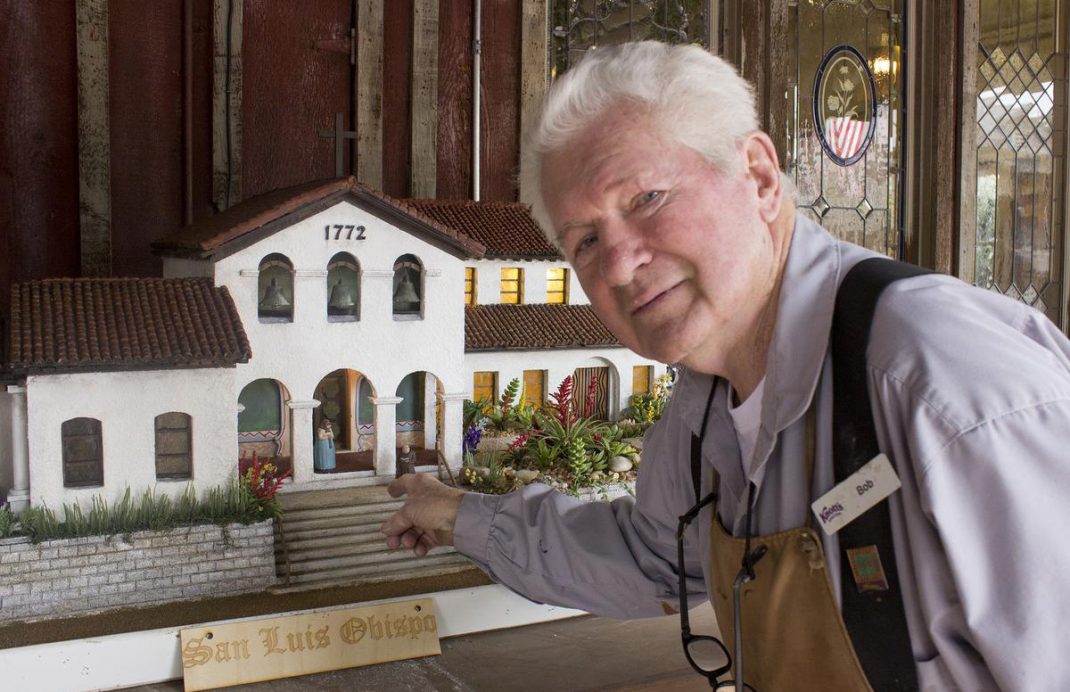 Scaled models of the original California Missions boarder the same midway between Silver Bullet and the south entrance of Fiesta Village, as it did previously for many years. Twenty-year veteran of Knott’s Berry Farm’s woodshop and current Knott’s craftsman, Bob Weir, has been meticulously restoring the missions for over three years, for a new generation of guests to appreciate.

“Knott’s Berry Farm prides itself in celebrating California’s rich, living history, and the California Mission models hold as much educational value as they do sentimental value for many of our guests,” said Knott’s general manager, Jon Storbeck. “We know that grade school curriculums in California include lessons on the California Missions, so we’re pleased that Knott’s Adventures in Education programs will allow students a unique and authentic learning experience that can only be found at Knott’s.”

In addition to the return of the historic missions, Knott’s is hosting its Early California History Day on March 15, 2017, in which students will have the opportunity to visit and tour the displayed models within the park, as well as have the opportunity to display a mission of their own. One homemade mission model will be selected to represent an individual school and enter into the California Missions competition. The winning models will be awarded special Knott’s Berry Farm prizes.

In the 1950’s as Knott’s Berry Farm grew in popularity, Walter Knott needed a way to keep park guests off of the stagecoach trail between the train depot and the northern end of the park for safety reasons. In keeping with the spirit of Knott’s – attractions both entertain and educate – Walter commissioned Leon Bayard de Volo to create scale models of all 21 California Missions. The missions were displayed in lit cases along the midway running between the Calico Railroad and what is now the south entrance to Fiesta Village.

The area was named El Camino Real (“The King’s Highway”), in honor of the actual California highway that connects all 21 missions.  On the North and South ends of El Camino Real stood two full-size double-arch “ruins,” which were built and installed at Knott’s in 1955 and 1956, respectively.  Today, the double-arch ruin that originally marked the entrance to Mission row near the train station can be found near the Ghost Town General Store and the Indian Trails Stage.  The northern most double-arch is still standing in its original location, behind Wave Swinger in Fiesta Village.

Observe replicas of the historic California Missions such as:

A 2017 Knott’s Season Pass is the best way to experience the historic scale models with the family.  New 2017 Season Passes include one free admission during the 2016 season to Knott’s Berry Farm and unlimited visits in 2017 with no blackout dates, discounts on select food and merchandise, and access to exciting year-round seasonal events.  2017 Season Passes are now available at the best price of the year for a limited time on knotts.com.

The park will install all 21 mission models within the coming months.  For more information about the missions and Early California History Day, visit knotts.com, and join the conversation on social media using #Knotts