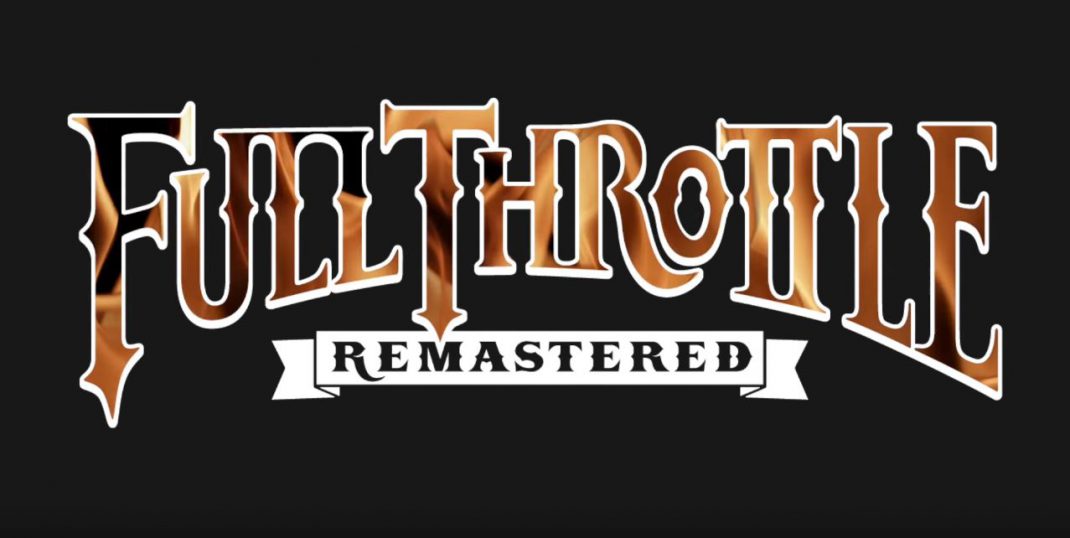 December 2, 2016 – Ben’s been double-crossed before, but this time they messed with his gang, they trashed his bike, and they’re about to come back for more.

Originally released by LucasArts in 1995, Full Throttle is a classic graphic adventure game from industry legend Tim Schafer, telling the story of Ben Throttle, butt-kicking leader of biker gang the Polecats, who gets caught up in a tale of motorcycles, mayhem and murder.

Now over 20 years later, Full Throttle is back in a remastered edition that features all new hand-drawn and 3D high-resolution artwork, with remastered audio and music.

Players will be able to switch back and forth between classic and remastered modes, and mix-n-match audio, graphics and user interface options to their heart’s desire. Also included is a concept art browser with work from Peter Chan, and a commentary track with the game’s original creators.

Full Throttle was the first game with Tim Schafer as sole project lead, and a much beloved cult classic! This special edition has been lovingly restored and remade with the care and attention that can only come from involving the game’s original creators. It’s headed to PS4 in 2017.