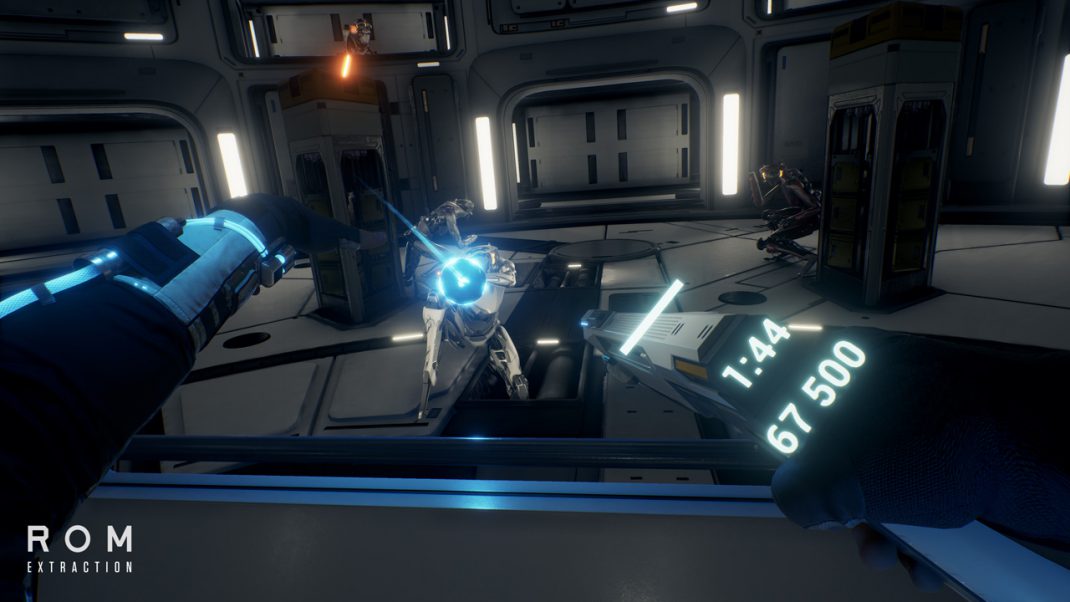 SANTA MONICA, Calif. – Dec. 1, 2016 – First Contact Entertainment, the new studio formed by a team of virtual reality and AAA game development veterans, has announced its sci-fi action shooter VR title ROM: Extraction will be released on Steam for HTC Vive on December 7, 2016, and will come to the Oculus Store for Oculus Rift soon after. A new trailer has been released in celebration!

ROM: Extraction is a pick-up-and-play, addictive classic arcade shooter, built natively for VR. The heart of the gameplay mechanic is “Throw, Slow & Shoot.” Players will defend themselves against extraterrestrial robots by using the power to slow down time – called “Reflex” power -for an unprecedented style of strategic combat. The game features the first-person immersion of VR, intuitive, motion-based controls, multiple difficulty settings and global and local leaderboards.

The game’s initial release is just the beginning, with a full DLC plan that will unveil the ROM universe. Players can expect cooperative multiplayer, new levels, enemies, weapons, power-ups and more.

The ROM: Extraction Steam Store page can be visited here.