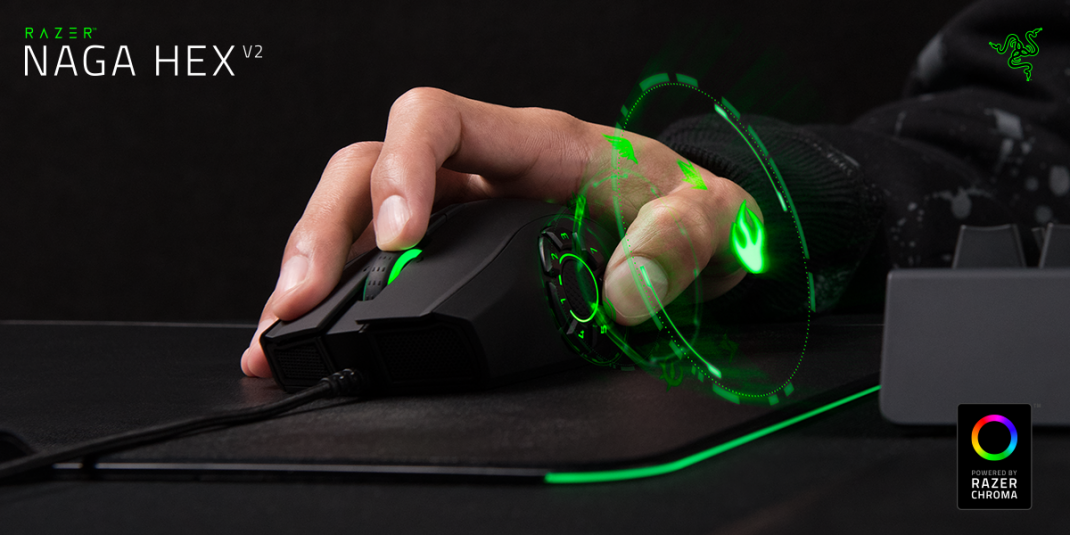 There are two gamers in our household: one casual and, the other, more hardcore. Despite this difference, both of us agree that, when it comes to gaming mice, it has to be comfortable for really long periods of use. We recently got the chance to review the Razer Naga Hex V2 Gaming Mouse, a legend for game compatibility without creating a porcupine bristle of buttons. Will it be ergonomic and user friendly to please both sides of my household? Let’s give it a whirl and find out!

Hands On:
First, we should discuss the way the mouse looks. Obviously, selecting as mouse based solely on looks is a bad thing. That being said, the Razer Naga Hex V2 is damn sexy with its out of the box lighting sequence being a slow drift through the colors of the rainbow that lights the wheel, the hex buttons and Razer logo. The lighting is vibrant and makes the gunmetal and black bode that much classier in look. Of course, a much more important and definitely contested point in our house would be the location of the hex buttons themselves. 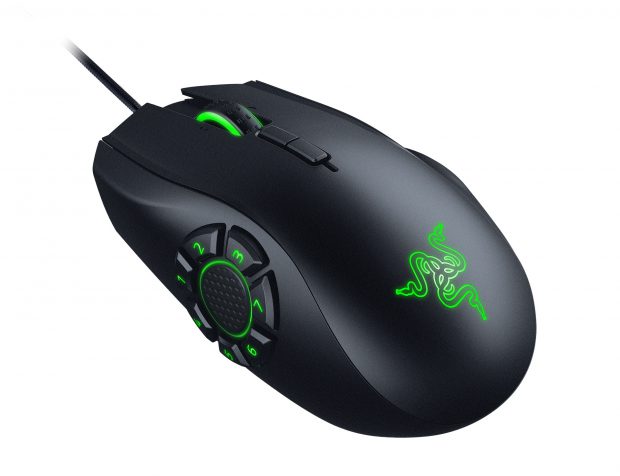 The mouse is designed so that your thumb rests right in the middle of a circle of buttons labeled 1-7 so that a slight shift of your finger could hit any of them easily, with buttons 1 and 2 being straight along the desktop plane. The thumb rest has a rubber tiny hex pattern on it that helps with grip as does the entire area you may want to rest your pink for leverage. The wheel also has high knobs so that your finger won’t lose its grip and can make fine adjustments. The left/right buttons and the palm rest area all have an unpolished feel to them so you can tell the difference in pattern from the grips but you might be able to get some minor grip there if you need to.

The strength of button placement is solid on all with the only question being the thumb rest. I found it very easy to adjust to a slightly further back grasp and button pattern but then I have used the old school Razer Naga that had 12 buttons there so if you could get used to that you could get used to the placement on anything, especially one that placed rubber gripping in the middle of the thumb zone. Folks who are used to ergonomic mice will find this a close fit but one they will have to get used to, especially if they were front heavy users. However, you “claw” gaming mouse users out there might have some trouble navigating the thumb buttons efficiently. 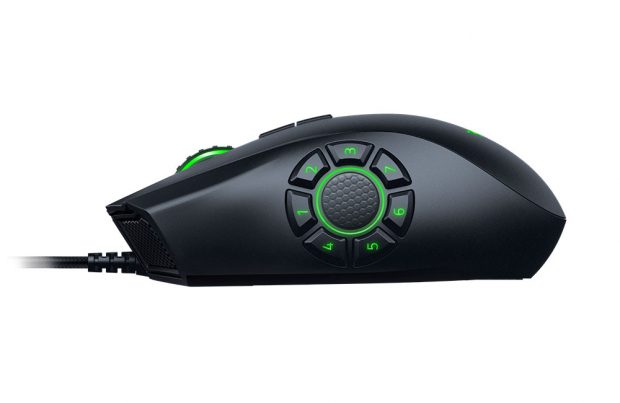 One thing I found odd was the numbering for the Hex buttons on the side. The buttons go 1,2,3 clockwise then go across the wheel to go 4,5,6,7. There may be some reason for this that I missed but it would seem to make more sense to me that if you have a button rotation it should go the same direction. This is an easy fix by either memorizing this order or ignoring the button numbers all together and just program them the way you want.

One last thing… If you have an older version of the software you may have trouble with updating but help is there to be found. My other Razer gear was getting elderly so it had a lot of updates to do and not all were friendly. Once you get there though the program is a simple gem to operate. 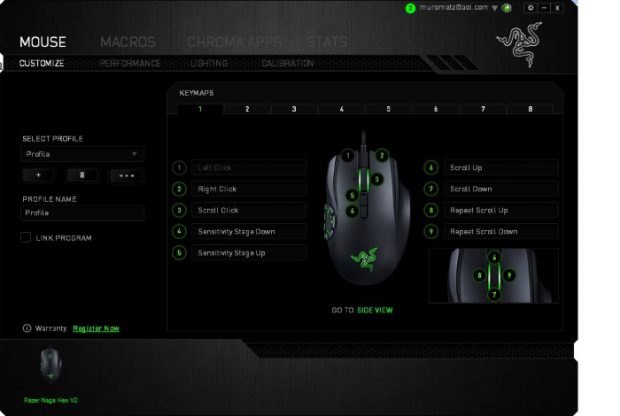 Hands Off:
While my wife didn’t fall in love with the mouse like I did, all that means is she won’t take it from me! The Razer Naga Hex V2 Gaming Mouse is a great addition to your arsenal with strong ergodynamics and buttons designed for hours of gameplay, and it looks damn sexy doing it. Claw gaming mouse users, beware, as it might not be your first choice for a mouse.