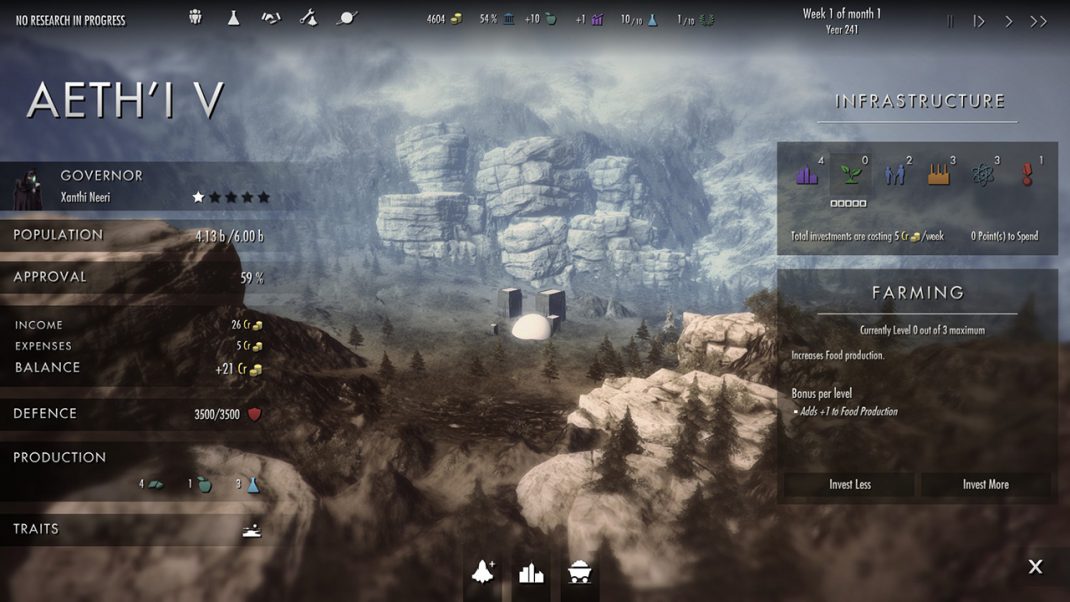 Haarlem, The Netherlands – November 21, 2016 –  Publisher Iceberg Interactive announces today that their 4X space RTS ‘Dawn of Andromeda’ (PC) will launch on Steam’s Early Access program on December 1st, 2016. Earlier this year the game enjoyed a very successful closed beta program, accumulating tremendous feedback and suggestions from a dedicated group of testers. Having taken giant strides forward since then, and having undergone extensive Quality Assurance, developer GreyWolf Entertainment is now eager to put the current advanced beta in front of a much wider audience, in Early Access. Given the remaining development roadmap and gamer requests, they currently anticipate the game to stay in early access for approximately three months, releasing in March 2017.

Iceberg Interactive CEO Erik Schreuder says “Despite the avalanche of releases occurring in Q4, we feel that Dawn of Andromeda stands out from the crowd and is polished enough to take the leap during this busy window. It has been quite a while since a solid and engaging 4X space RTS title has emerged between the many turn-based competitors and we expect many real-time 4X strategy fans to jump on board and grab their chance to make an impact.”

Dawn of Andromeda is a plausible, real-time space 4X game focused on providing a fun, immersive and accessible experience. It allows you to build your empire, colonize new planets, interact with other factions and characters, research new technologies and build fleets so powerful your enemies will tremble. On top of that, the game brings you a galaxy filled with diverse factions, outlaws, merchants, pirate clans and mercenaries but also anomalies, black holes, ancient artifacts, ruins and much more.

Dawn of Andromeda will launch December 1 on Steam’s Early Access program at $24.99.

For more information on Dawn of Andromeda, please visit the official website athttp://www.dawnofandromedia.com or check out the Steam page http://store.steampowered.com/app/427570