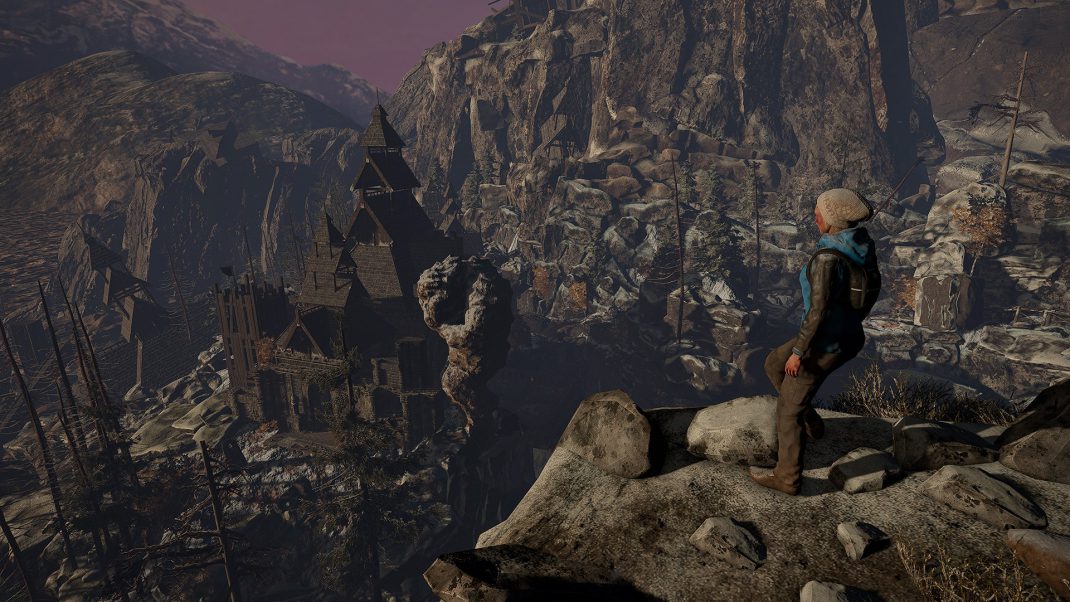 Through The Woods Review

I had seen a trailer for Through The Woods a while ago but, with the exception of the name, I had kind of forgotten about it.  That can be nice to go into a review completely cold when it turns out to be a game that is as atmospherically driven as this one is.  This indie title immediately showed its team dedication in the details of every fallen tree and the amazingly immersive sound that made me at one point take my headset off to check if the sound of thunder was real.  The only question… is the story as deep as the woods? 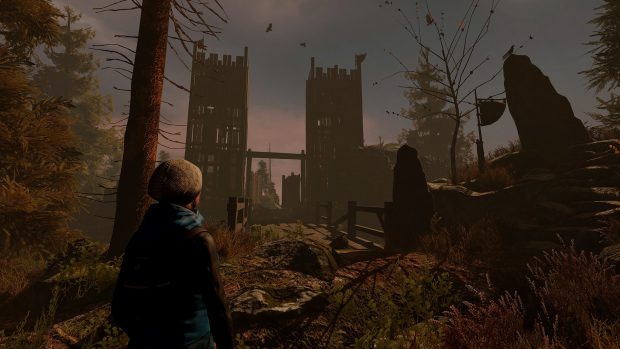 After a brief Chapter 0 which may have originally been part of the demo that they wanted to keep which mostly showed off the environment and a little of the relationship between a mother and her son, the game starts with you playing the mom as she wakes from a nap, goes out to look for her kid and sees him being taken across the lake in a viking long boat.  The game is set initially in a cabin in the woods of Norway but seeing a row boat with viking carvings row into the mist while you jump in the water and start swimming across after it is kinda unsettling which was a welcome start.  After losing the boat in the fog you make it to the other bank where there appears to be a viking fishing village that though long out of use seems relatively undisturbed except by you as you stomp around it picking up ancient manuscripts and calling for your boy.  From there the story starts to weave and you start to go Through The Woods.

There are lots of woods and other things in them that I won’t give away here but I will say for the best experience play it in the dark with a headset on, preferably by yourself.  There is so much detail everywhere and though most of it gets repetitive the game’s team really kept at it.  I wonder how many bowls they had to put in ruins, how many fallen trees or piles of rocks?  The voice acting is a little stilted (probably not the actors’ native languages) but otherwise the sound is astounding, I noted some spots in certain chapters in case I wanted to listen the sound of wind through the trees or the crackle of a serious thunder storm that had to be captured not replicated.  When playing the game I even stopped a couple times just to take in the graphics or listen to the woods. 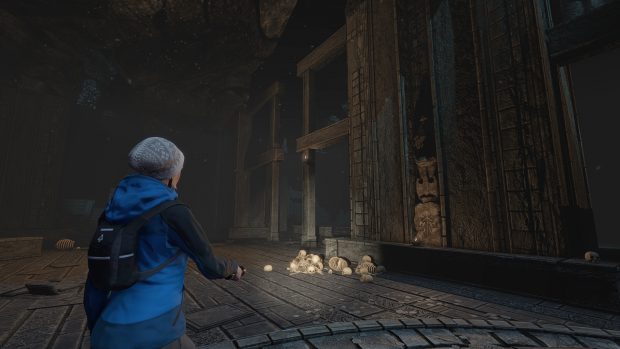 After a while of things beginning to look very much the same, which you are supposed to feel since you are getting lost going through the woods, you might get a little lulled and even stop reading the clues.  I personally kept on top of them despite it and though I did get a bit punished by the game for getting lulled I started to deduce a possible ending.  When the actual ending arrives it neither proves or disproves my thoughts so I would definitely have to say the ending is open to interpretation.  It all depends on what you believe is really going on in Through The Woods, you can take it at surface value or consider… well make your own conclusions when you get there just stay on top of the clues.

Out Of The Woods:

Through The Woods is a beautiful immersive experience with a story line steeped in Norse Mythology that explores the dynamics of a mother and son.  It can at times seem to drag but after each lull there is a reward, you just have to make your way through the woods.

Through The Woods Review Score: