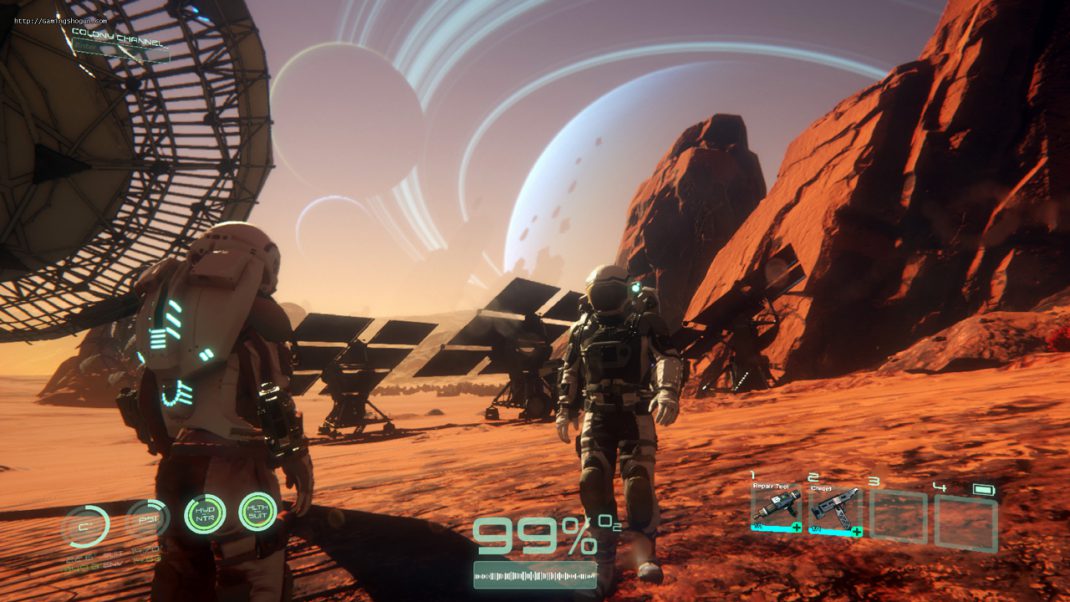 Recently, we got to ask Brian McRae, CEO/founder and lead developer for Fenix Fire Entertainment, about his upcoming sci-fi space survival game, Osiris: New Dawn. We wanted to thank Brian as well as Ted Brockwood for making this interview possible!

Q) Hello there! Can you tell us a bit about yourself and your gaming background. Favorite games, inspirations, etc?

A) Hey there, my name is Brian McRae, CEO and founder of indie development team Fenix Fire Entertainment, the makers of Osiris: New Dawn. I’ve been working in the industry for over 16 years at companies that include Midway, High Voltage Software and Blizzard; I’ve also done some extensive VR tech demo work for Oculus among many other projects for Fortune 500 companies. I absolutely love sci fi novels and movies and completely geek out on all things space… NASA, SpaceX, astronomy and anything space travel. I grew up playing Atari and NES and Super Nintendo and am a big Nintendo fan.

Q) How did you guys come up with the idea for Osiris: New Dawn?

A) I started with the idea of “what if you really DID crash land on a distant planet?” Then followed up with more questions: “how can mankind become a multi-planetary species?” and “what would early days of colonization really look like?” I knew setting the world in the near future would help achieve a feeling of vulnerability and loneliness, which is important in attempting a horror element and feeling of danger.

Q) Osiris: New Dawn. The buzz around this game seems to be growing by the day. How is your team managing growing community expectations (the “hype train” as they call it)?

A) Honestly we don’t focus on hype, we focus on the game. That said we very much appreciate any attention the gaming community has given Osiris: New Dawn. We’re leaving this attention to our publisher, Reverb Triple XP, who has been doing a fantastic job handling any buzz that Osiris has been getting since our reveal at PAX West. 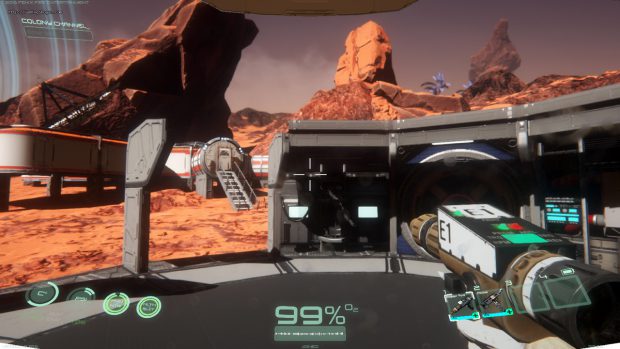 Q) The survival genre has been widely explored as of late, with sub genres placing players in space, in jungles, etc. What does Osiris: New Dawn, bring to the genre that breaks it away from the pack?

A) It’s interesting you ask that because if I’m totally honest, we didn’t initially set out to make a survival game. We had the idea of a space exploration experience where you crash land on an alien planet, and learn how to survive and further colonize the planet. Then we just put the blinders on and focused on the setting and feeling of truly being on another planet. We hope that through this innocence and lack of experience we arrive at something fresh. Atmosphere and immersion is also something that we really dedicated a huge amount of attention too, specifically the weather system and 3rd person character animations using IK (inverse kinematics) technology. There’s actual real foot-planting, even when climbing up rocks that I don’t think has been done in the survival genre before.

Q) Will Osiris: New Dawn have centralized, persistent servers or player-ran servers – or both?

A) Both! We’re trying to accommodate all types of online playing styles. You can have a private universe and invite only your Steam friends or jump into the public universes. Plus you can always just play single player as well. It’s up to you.

Q) What are your thoughts on the survival genre as it stands now, pre-Osiris: New Dawn?

A) It’s interesting because the survival genre seems to be what RPG was in the 70s and 80s. I played a lot of D&D growing up because the games of those days were so limited in detail, both visually and in player actions, and loved the endless rich detail you can put into a D&D campaign as a Dungeon Master. D&D is actually a survival game when you think about it and because it’s truly conceptual and game design, the thought process of existing in another world lends itself perfectly to designing a modern game of this magnitude. I’m amazed at how much we can do now and feel like we’re still just scratching the surface. There’s a lot of stuff that’s in but hasn’t been exposed yet.

Gaming genres seem to go in cycles now, which is interesting because the game industry is so young compared to film and music. Now that we’re hitting the graphics wall there’s been an explosion on the design side, where historically the industry can be described as a series of disruptive technologies used to create new experiences. It seems AAA publishers are afraid of survival because of how daunting the feature set is and because they have these massive teams to steer with very established IPs and user expectations. But if anyone can do it, it’ll be Nintendo with the new Zelda. 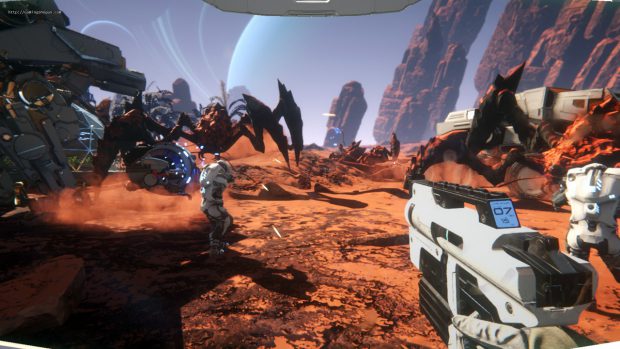 Q) Can you tell us what challenges the team has faced when developing Osiris: New Dawn?

A) Developing this game as a two man team was probably the most challenging experience of my life. We worked 16 hour days without weekends for years and spent our last dollar making Osiris: New Dawn. There were days when I thought it was never going to be fun and that we’d have to sell our home and face utter failure. There are so many deep feature sets that constantly needed to be reworked to function with newly developed systems that we were constantly adding. We kept going around and around with the player system, building system, vehicles, AI, robots, planet art, performance, multiplayer, persistence, weapons, 1st person and 3rd person views, to all over again from player systems in an endlessly looping progression. We must have completed this loop around 20 times, which is like making the game 20 times. Finally, one day, it all clicked, as what usually happens in game development when you toil hard enough. We finally broke through and realized that we have something we can be proud of and something that will work as a solid foundation to build upon.

Q) Were there anything that you guys wanted to add into Osiris: New Dawn, but didn’t have the time or budget to do it?

A) Actually, a lot! Since we developed Osiris as a two man team we constantly had to set priorities on what was most important to add to the game each day over the course of 5 years. One of the aspects of Early Access that I’m most looking forward to is working with the Steam community on tuning the game, adding features that are highly demanded, and finalizing as much content on our personal wishlist for a full launch in 2017. And we do plan to continually offer updates past launch to add more content as we go.

A) I created the Tuscany World Demo for Oculus which was the first virtual environment that shipped with their SDK back in 2013 and have since helped create many VR demos. We have a lot of pioneering VR experience that we want to bring to Osiris. That said we know that adding true VR support is not something to take lightly and will be a major undertaking to get right, so for now we need to focus on PC standard displays. If you have a VR headset and want to experience Osiris in VR please reach out to us in the Steam Forums.

Q) Is there anything you guys would like to tell our readers about Osiris: New Dawn?

A) We are fully aware that some players are upset about other recent sci fi games in regards to empty promises or lack of features. I would sincerely urge you not to project that disappointment onto us: we are a completely different team with different goals and way of doing business and development. I want to make Osiris: New Dawn the most amazing experience it can be and so does everyone here at Fenix Fire and Reverb Triple XP. This is only the beginning, we have big plans for Osiris: New Dawn and cordially invite you to join us in this epic journey. I also want to personally thank everyone who has supported us by picking up the game and giving us invaluable constructive feedback on how to improve Osiris: New Dawn.