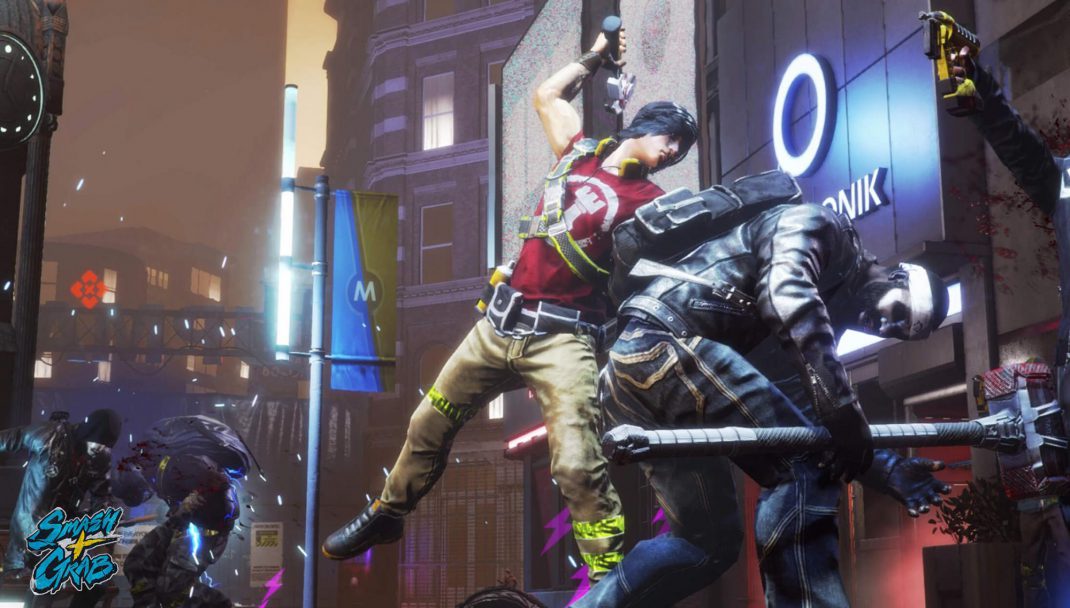 I know what you are thinking: “With a name like Smash & Grab this game must be the story of two wacky characters, one of whom is clumsy and smashing into things and another that grabs them just before they fall and break!”  Well, nay, if you thought that you would be wrong!  You would probably also be the only one besides me to come up with the premise.  The game is in the name when it comes to Smash & Grab, it’s basically The Warriors if all the gangs were rioting and looting as well as beating up on The Warriors.  Is beating someone with a virtual baseball bat while cleaning out a virtual electronic shop that much fun?  Let’s find out. 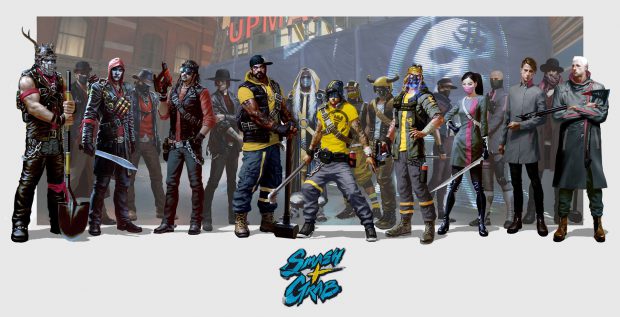 Hands On The Merchandise:

I covered the general premise above that this is a game about gangs beating each other up and robbing businesses, but this is not a new premise when one considers hit games like Grand Theft Auto and Saints Row making their fortune and sequels thanks to this formula.  One of the most interesting differences between Smash & Grab and the rest of these games is that this is set in a futuristic time when the police turn over the streets at a certain time to the thugs and the only way businesses keep their stock is to either use metal shuttering or private security thugs.  The other and definitely most key difference is that all the gangs have player leaders.

So players choose a gang leader and lieutenant, get a gang and off they go to compete with other gangs for loot.  Some buildings are hardware store fronts with hammers or nail guns to use as weapons, others might have some chemicals that can be combined at a workbench to make a freezing hammer or some other combo weapon that won’t necessarily help when you smash the next window but will definitely help when you see some enemy gangs.  This brings up another aspect, much like was a concern in the U.S. before scary clown sightings, there are Team West and Team East which consists of 3 player-led gangs.  So if you were just minding your own business stealing diamond necklaces from a glass front and a gang from the other side of the country comes and starts beating you across the head with a 2×4 full of nails there is a chance another gang sporting the same colors might come and get your back, or loot depending on the player.  As time progresses in the match more store fronts become available for busting up until you get to the final ones where you have private security as well as the opposite team to deal with. 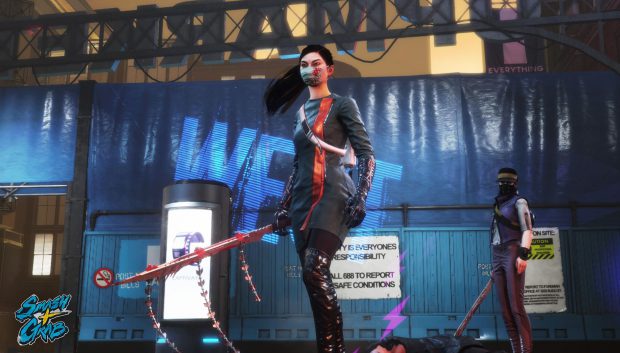 There are three modes which much like the game’s name are pretty self explanatory: Practice, Ransack and Takeback (capture the flag).  The game is still in Steam Early Access which if you are new to the idea means it is still a work in progress but has been made available to players for feedback, server testing and balancing issues.  A good way to think of it is late beta with supposedly fewer bugs. This isn’t always the case but it is the hope.  At this point only a couple of the maps are available and weapon balancing is still very much in flux.  This is often a fun time because those who are playing at this time tend to care about the game’s development and are mature enough to handle crashes, bugs and fatal errors. It can also bring with it a feeling of pride for helping get the final version going so don’t let Early Access stop you from giving a game some love.

The graphics are really beautiful, the weapon crafting is coming along really nicely and until you have a big bug hit or a game crash it becomes a “one more match” game real quick so be sure to put some time aside before starting it up, you probably won’t be satisfied with one play.

Games like Smash And Grab in the end become highly dependent on their player base as to how fun it winds up being in the end.  Right now the player base cares about the experience and the game is a blast to play.  It looks great, it’s fun to find what you are going to get to craft in each match and how effective it is and it gives you a chance to make new friends both on your team and on your enemy’s because if the player is good and a good sport that can sometimes be a hard combination to find but Steam Early Access one of those places to look.  I’ll be playing this game right on out to release and hopefully beyond.