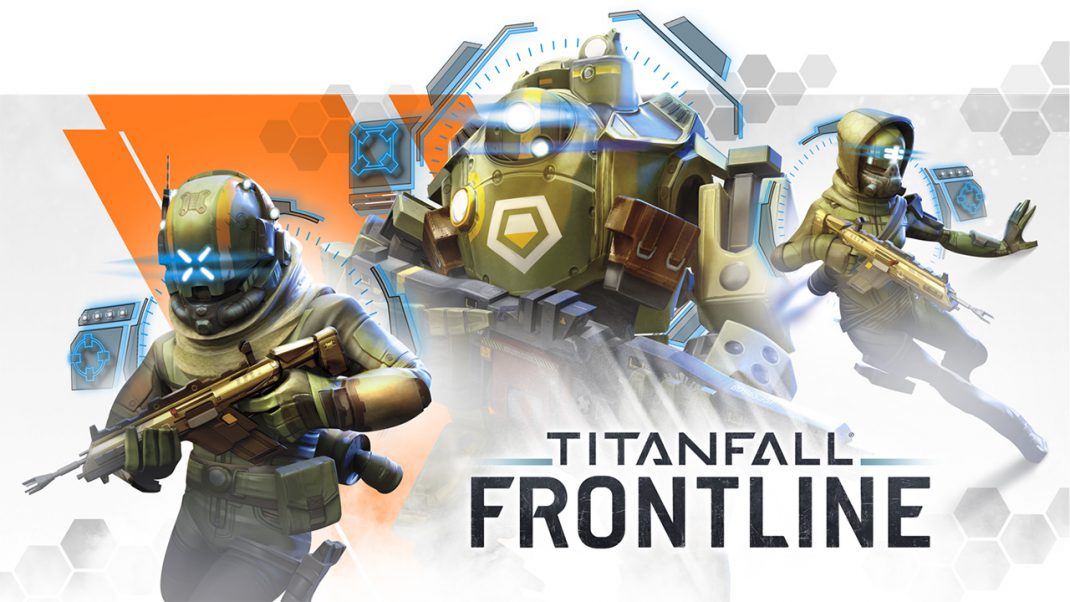 EMERYVILLE, Calif. – September 12, 2016 Nexon, in collaboration with Respawn Entertainment and Particle City, has revealed Titanfall®: Frontline, the debut standalone mobile game set in the extended universe of the best-selling franchise, Titanfall. Titanfall: Frontline is a strategy card game where players, assuming the role of brigade Commanders, will face off in head-to-head combat with other players in real-time. Players will unleash strategic combinations of powerful Pilots, Titans and tactical Burn Cards in an attempt to outmaneuver their opponents. Titanfall: Frontline, the first title in the multi-game, multi-year partnership between Nexon, Particle City and Respawn Entertainment to exclusively publish Titanfall mobile games, will be available as a free download this fall on the App Store for iPhone and iPad and on Google Play for Android devices.

“We’ve worked hand-in-hand with Respawn to weave in card battle strategy and collectibility with the iconic gameplay elements that make Titanfall so unique and that will help evolve the genre,” said Larry Pacey, co-founder of Particle City. “From dropping a Titan onto the field of play to turn the tide of battle to using a combination of Parkour and Rodeo Burn Cards to take a Titan down, Titanfall: Frontline is unapologetically intense and utterly Titanfall.”

Featuring hundreds of Pilots, Titans and special ability Burn Cards, Commanders will collect and upgrade their units and build their own unique decks. Players can build their IMC or Militia squad according to their play style, whether they prefer to assemble a dropship of fast, light Pilots and Titans to deal quick damage or wear out their opponents with the addition of strong defensive units, installations and support personnel.

“The Titanfall franchise revolutionized the first-person shooter and Particle City is taking the same creative approach adding depth to the battlefield and a never-before-seen layer of strategy in the collectable card game genre,” said Lawrence Koh, general manager, Nexon M. “Titanfall: Frontline is just the beginning of the incredible standalone mobile sci-fi experiences based on the Titanfall universe we’re looking to bring to gamers around the world.”

“This is an incredibly exciting time for the team at Respawn and for the Titanfall fans around the world with two completely unique games in the Titanfall universe launching soon – Titanfall 2 and Titanfall: Frontline,” said Vince Zampella, CEO, Respawn Entertainment. “Not only does Titanfall: Frontline capture an experience that feels distinctly Titanfall but it delivers quick and strategic action that anyone with a smartphone will be able to download and enjoy.”

Titanfall 2 won 24 industry awards and was nominated 49 times at E3 2016. Titanfall was the most-awarded game of E3 2013, earning more than 100 nominations and 60-plus wins, including a record-breaking six E3 Critics Awards. The title was the third highest-rated Xbox One game of released in 2014, according to video game review score aggregator Metacritic.

Pre-register for Titanfall: Frontline and receive in-game rewards at global launch via the official website: www.titanfallfrontline.com