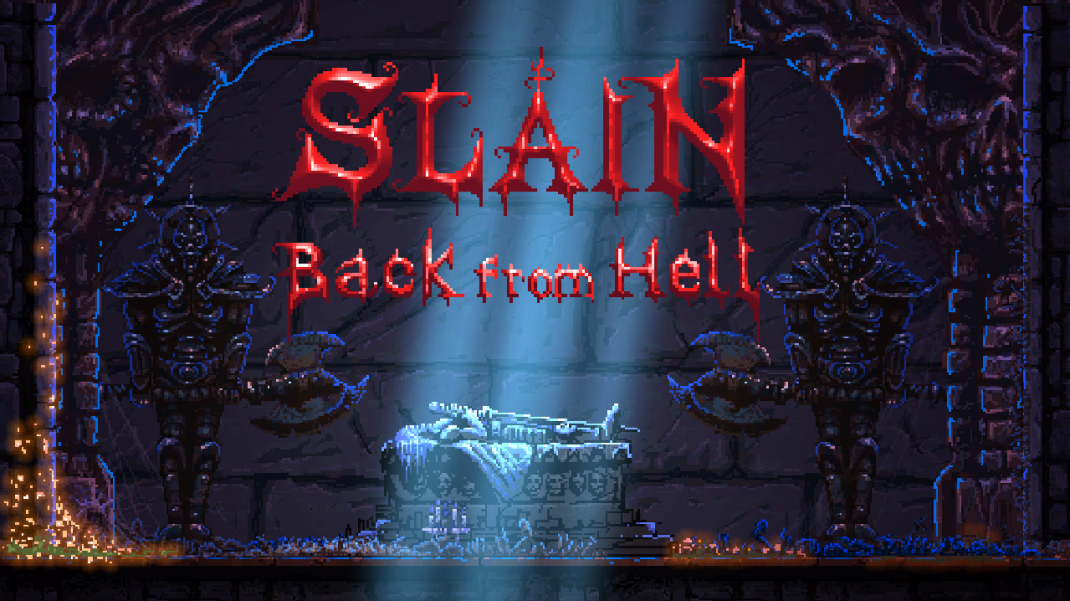 Slain: Back from Hell Launch Delay and New Trailer

September 12, 2016 – Gruesome gothic puzzle-combat platformer Slain: Back from Hell is now launching on PlayStation 4 September 20 in North America and September 21st in Europe for $14.99 USD/ €13.99 (10% discount for PS+ members), while still hitting Xbox One on October 5 and PlayStation Vita on November 1. “We apologize for the slight delay due to operational reasons far beyond the control of mere mortals.”

After initially releasing on PC earlier this year, Slain underwent a complete overhaul that has been widely praised by critics and gamers alike. Since being revamped, Slain’s Metacritic score has increased 35 points to 75% and the community has lauded Digerati, Andrew Gilmour & 22nd Century Toys for their commitment to Slain’s post-launch update efforts.

Slain: Back from Hell features brutal arcade style combat with bloody, intense platformer gameplay that puts a strategic twist on the classic hack-and-slash games of the ‘80s and ‘90s. The game features:

playstation 4   ps vita   slain: back from hell   trailer   xbox one