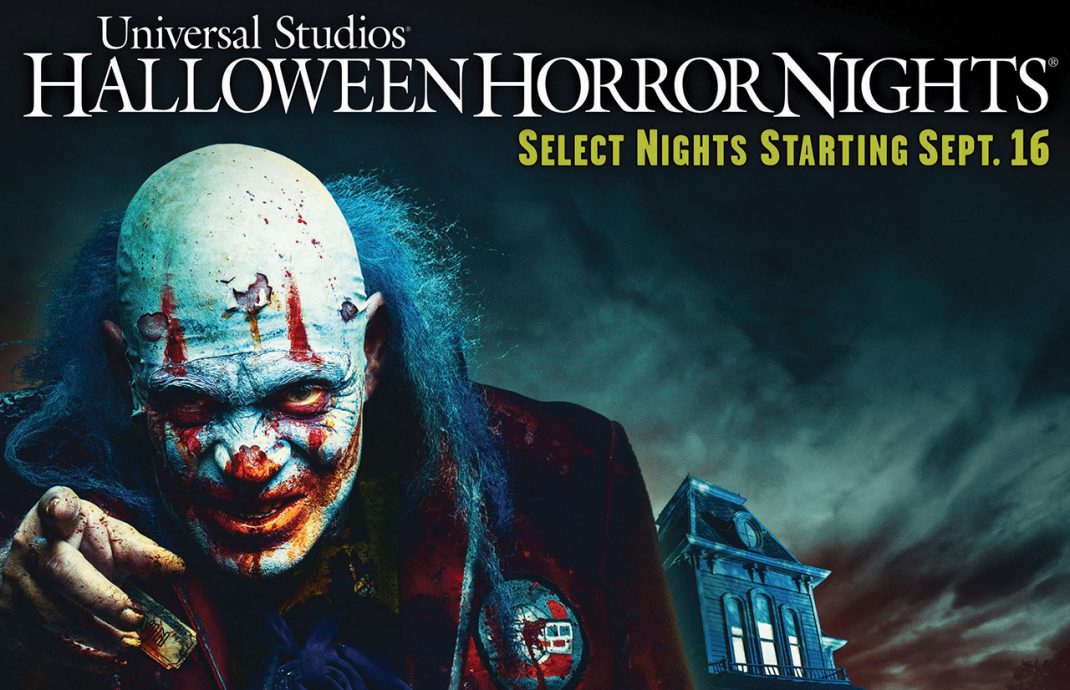 Universal City, CA, August 25, 2016 – Horror auteur Eli Roth (“Hostel”) and his digital network Crypt TV take the helm of the infamous “Terror Tram,” marking the first time ever that the signature attraction comes to life through the twisted mind of the filmmaker, as part of this year’s “Halloween Horror Nights” at Universal Studios Hollywood, which kicks off Friday, September 16, 2016.

“Eli Roth Presents Terror Tram” will expose guests to the fabled legacy of serial killer clown “Hollywood Harry,” the story of a former jovial celebrity clown turn depraved murderer, and the minefield of carnage he left behind. 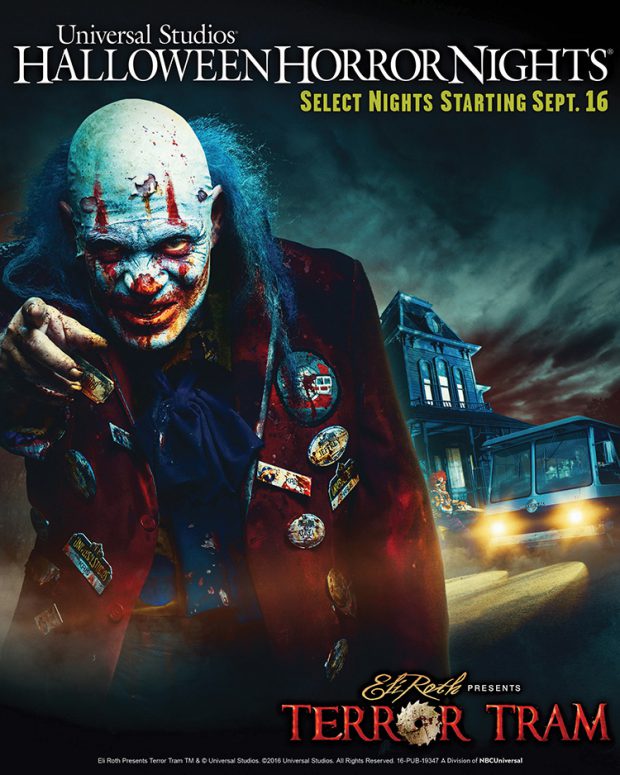 “I’m thrilled to be part of ‘Halloween Horror Nights’ again,” said Eli Roth. “We wanted to completely fabricate an original story that brings together our absolute freakiest, scariest most disturbing ideas.  The ‘Halloween Horror Nights’ team is the best in the business. Their production and execution is unmatched and I know this ‘Terror Tram’ experience will blow away all expectations, and haunt guests for the rest of their lives.  ‘Halloween Horror Nights is the must-see event for any horror movie fan—it’s like the Super Bowl for scary movies, and is my favorite event of the year.”

The all-new “Terror Tram” experience will tell the sordid tale of former Angeleno resident Harold Kappowitz whose alter ego “Koodles the Clown” went from cheerful circus performer, to the lovable star of his own children’s network television show…before he was overcome by his genuine “killer instincts.”

By the 1990s, hard knocks took a deadly toll on Kappowitz, and the onetime endearing clown found himself exiled by the very Hollywood entertainment community that once adored him. With an all-consuming anger and hatred, Kappowitz—a now crazed and disheveled recluse—took refuge from society by hiding out at Universal Studios, emerging as notorious serial killer clown, “Hollywood Harry.”  Recurring murders began to dominate the studio, as “Hollywood Harry” drew strength from recruiting other outcast former clowns who, together, took revenge on Studio Tour guides and visitors alike, ceremoniously killing them, and leaving behind a deadly trail of terror.

“The goal of ‘Halloween Horror Nights’ is to create the most intense, most memorable and ultimately, the most terrifying experiences for our guests,” said John Murdy, Creative Director at Universal Studios Hollywood and Executive Producer of “Halloween Horror Nights.” “And there is no better partner than Eli Roth to deliver unabashed horror that’s so real you can feel it. We were fortunate to work with Eli years ago on his original ‘Hostel’ themed maze, so we can only imagine the terror that he’s envisioning.”

A series of short form content, produced by Crypt TV in conjunction Universal Studios Hollywood, aired on the digital horror network to tease the story of “Hollywood Harry” and create momentum for the announcement reveal of “Eli Roth Presents Terror Tram.”

Unique to Universal Studios Hollywood, the “Terror Tram” invites “Halloween Horror Nights” guests to walk along a portion of the movie and television studio where such sets as the Psycho House and the Bates Motel from Alfred Hitchcock’s classic thriller, and Steven Spielberg’s “War of the Worlds,” are located.

Crypt TV is a digital studio that creates original genre content guided by its motto #WEIRDISGOOD aimed at uniting fans and creating a movement that redefines what the future of horror content means to millennials. Since their 2015 launch, Crypt TV has become the fastest growing leader in digital scares with 20 million video views per month. Crypt TV was co-founded by Jack Davis and Eli Roth and has a strategic partnership with Blumhouse Productions.

“Halloween Horror Nights” mazes to date include “American Horror Story,” inspired by Ryan Murphy’s critically-acclaimed, Emmy and Golden Globe Award-winning television anthology series on the FX network;“The Exorcist: The Possession of Regan MacNeil,” based on the iconic supernatural horror film; “Freddy vs. Jason: Dream Battle,” inspired by New Line Cinema’s 2003 film that brought together the biggest horror icons in history: demented killer Freddy Krueger (A Nightmare on Elm Street) and notorious hockey mask killer Jason Voorhees (Friday the 13th); “The Texas Chainsaw Massacre: Blood Brothers,” which pits guests against the unsavory wrath of manic killer Leatherface and his mentally unhinged brother, Chop Top; “Halloween:  Hell Comes to Haddonfield,” an all-new maze inspired by the second film in the classic “Halloween” horror franchise; and “Krampus: The Christmas Devil,” based on Legendary Pictures and Universal Pictures’ Christmas-themed horror film that brings to life the fabled anthropomorphic “half-goat, half-demon” horned creature who terrorizes those devoid of holiday spirit; and “The Walking Dead,” an authentic living representation of AMC’s hit television series that takes the realism of the show to an entirely new level with the permanent attraction.