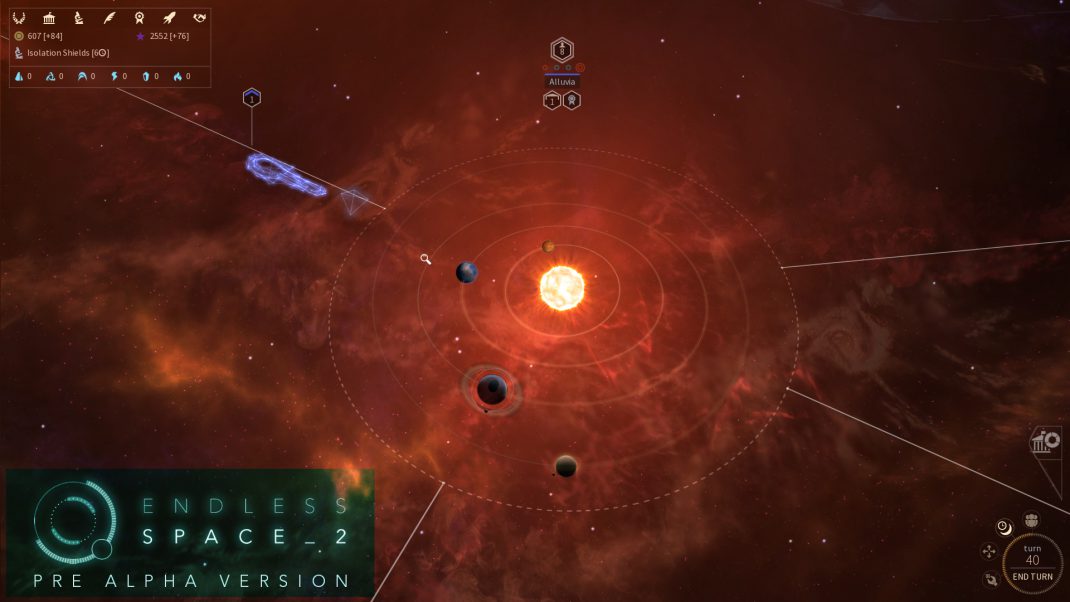 Paris, France – August 23, 2016 – Fresh from a successful week at Gamescom, award-winning developer Amplitude Studios has announced that Endless Space 2 will be entering Early Access on Steam in September 2016. Endless Space 2 is a turn-based, 4X space-strategy game that launches players into the space colonization age of different civilizations within the Endless universe.

To celebrate the Early Access news, Amplitude Studios is excited to introduce the third faction reveal for Endless Space 2, the Lumeris faction, a society that revolves around trade, economic deals, economic growth, and successful business. Expansion and acquisition are the bywords of the Lumeris culture, and as an amphibious people they are prepared to make money in any environment. Their society is organized around a series of families that have traditionally run different parts of their economy, and the balance of power and negotiations between the families is what drives progress – or blocks it.

The Early Access version of Endless Space 2 will feature four of the eight factions planned for full release. Discover each faction’s story, from the AI gone berserk to the traditional family facing a dangerous young upstart. Feel like an emperor and see your population react to all your decisions, they will be the source but also the key to all your conflicts. Explore the Endless universe, discover its secrets, its new life forms and find your own path to galactic dominion.

Known for its deep, engaging, and gorgeous 4X strategy games including 2014’s celebrated Endless Legend and Dungeon of the Endless, Amplitude Studios won the venerable 2013 Golden Cube and Community Choice Unity Awards for Endless Space. For more information on Endless Space 2, visit Amplitude Studios on its website (www.amplitude-studios.com), like it on Facebook, and follow it on Twitter.