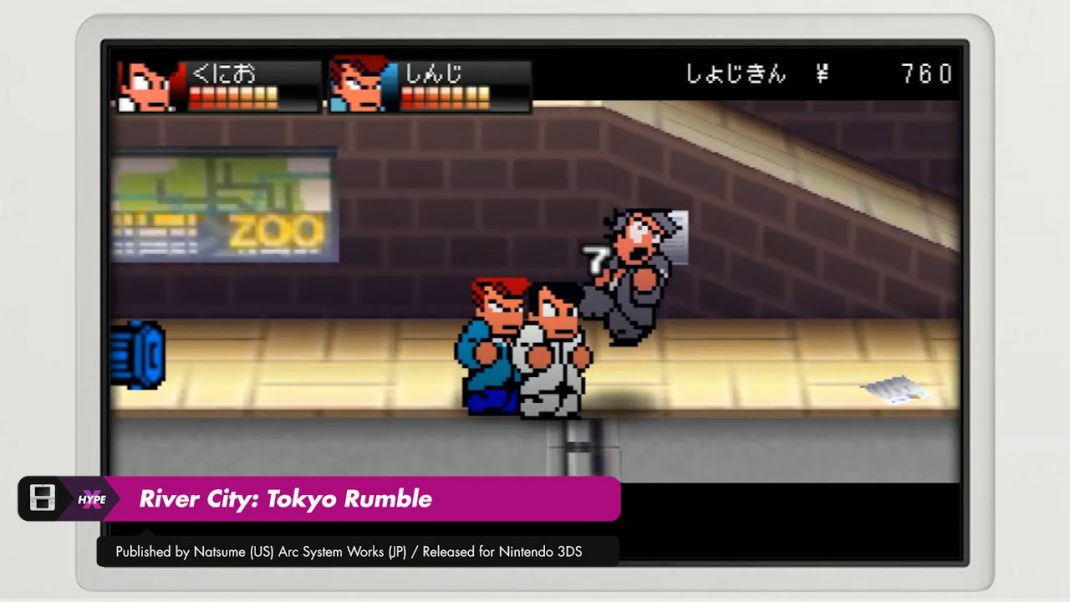 Burlingame, CA. – Aug. 11, 2016 – Natsume Inc., a worldwide developer and publisher of family-oriented video games, has announced part of the roster for their upcoming RPG brawler for the Nintendo 3DS, River City: Tokyo Rumble. Some of the characters players will be able to take control of are series favorites such as Misuzu, Shinji, Riki, and, of course, Kunio himself.

“We’re excited to be able to deliver such a diverse cast of characters for River City fans,” said Hiro Maekawa, President & CEO of Natsume. “We know that a lot of River City fans have been waiting to play as some of their series favorites in English for a long time now, so we can’t wait to hear what series fans and newcomers alike think of the game and its eclectic cast of characters.”

KUNIO – Kunio seeks to take back Tokyo from the massive Lion Alliance gang. Kunio is a thug with a heart of gold who looks out for his pals and fights for justice.

RIKI – A misunderstanding with Kunio roped Riki into the fray. Riki fights for justice, but when he gets really mad, he snaps and goes berserk.

MISAKO – Misako frowns on delinquents, but makes an exception for Kunio.

SHINJI – Shinji went to school with Riki and is older, so he expects to be respected. He demands respect from his lowerclassmen, with fists if necessary!

MISUZU – Physically huge, Misuzu intimidates people and has a tough personality to match. Treat this delicate flower like a lady, or she’ll introduce you to her fists!

SABU – Gunning for revenge against Kunio, who previously humiliated the Sanwa Gang. Fans of Renegade should remember this bad guy!

TEX – Usually easygoing, until something gets him riled. Then he turns nasty! Watch out for his spin attack!

TIGER CLAW – The younger of the Double Tigers wrestling brothers! 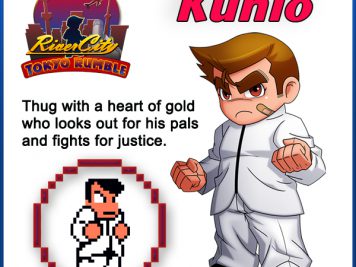 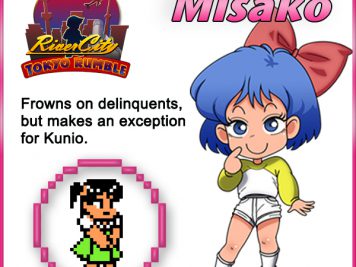 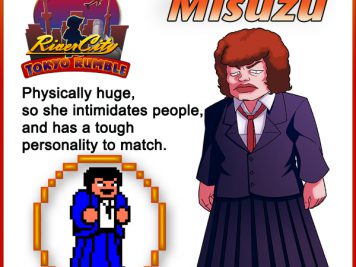 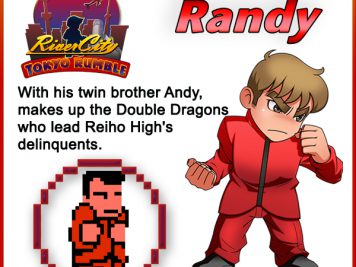 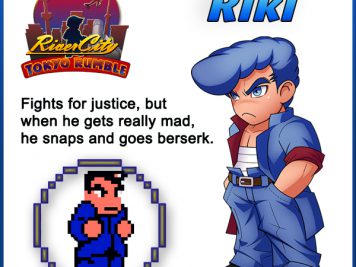 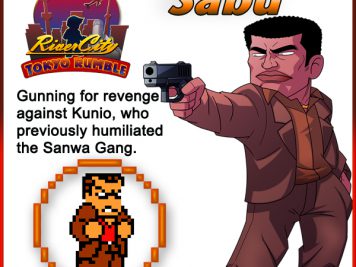 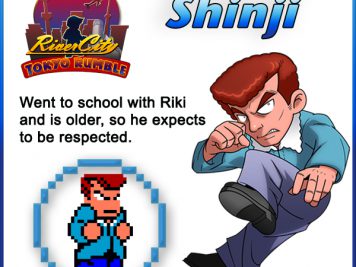 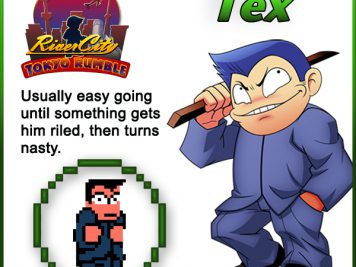 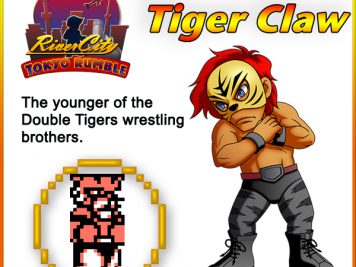