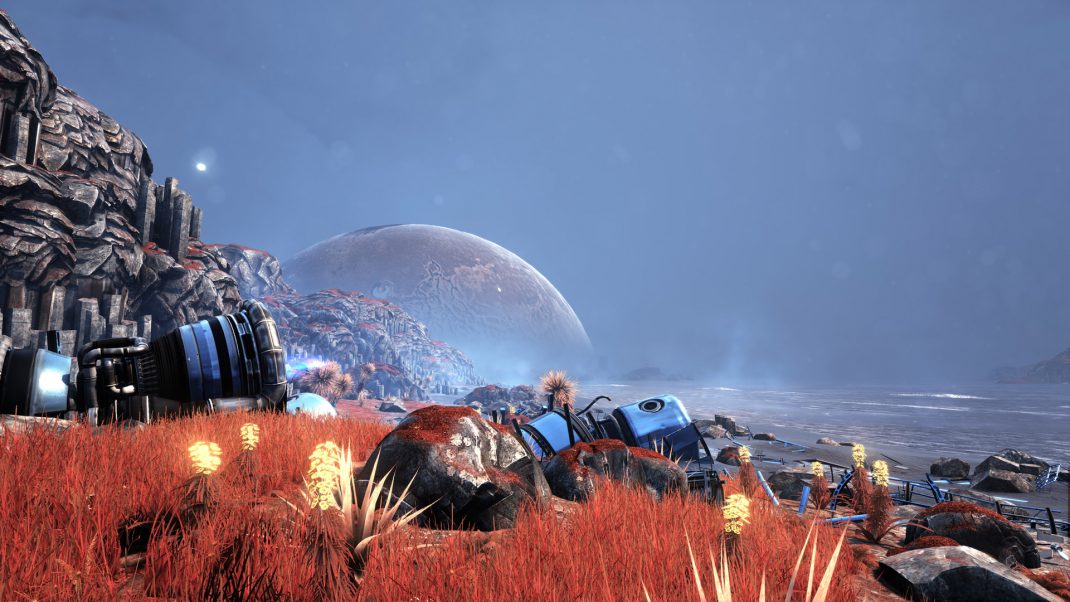 The Solus Project puts you into the space boots of an astronaut who crash lands on an alien world. The Solus Project is the latest in a long list of survival games to be released of late. They are all over Steam, actually, and that is a double-edge sword. Thankfully, The Solus Project has some great things going for it that make the game stand out.

Throughout your exploration and struggle for survival, you’ll have to be sure to take care to manage your hunger, thirst, and even body temperature. Taking the challenge further, you will be tasked with solving puzzles to get to various objectives. This adds a nice new challenge to the survival-type game and can make for some exciting and rewarding moments. 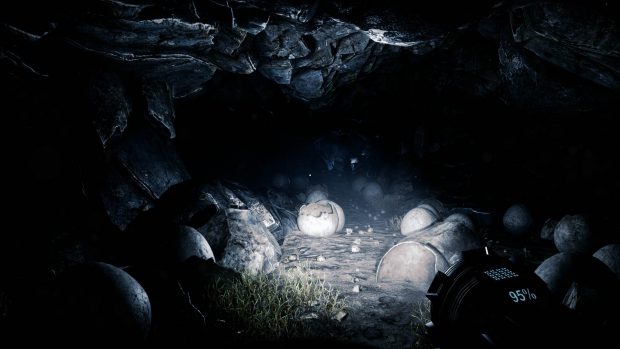 Moving about the alien world, you will find plenty of food and water, which kind of makes that portion of survival a little less scary, which I didn’t mind. It was nice to be able to focus more on the journey and all the cool places I was exploring as opposed to my main concern being desalinating water or something like that. The more hardcore survival game players might find issue with that but I was good with it. Along the way, you will learn more about the game’s storyline via note pages left by other survivors.

From a visual and audio perspective, The Solus Project is a beautifully-made game. The alien world upon which you are stranded is lush and teeming with interesting, rich environments. The game is a treat to look at and you won’t be disappointed with it in that department – especially when so many other survival game developers don’t put as much emphasis on eye candy.

Unfortunately, there are also times where The Solus Project stalls a bit – mainly when it comes to the game’s implementation of virtual reality via the Oculus Rift and HTC Vive. Overall, its VR presentation iis a bit clunky, and the refresh rate seems to be a bit too slow to prevent dizziness – especially when moving in what they call “smooth” mode as opposed to jumping/teleporting. Hopefully, they can allow for fast refresh rates in the future via software patch. 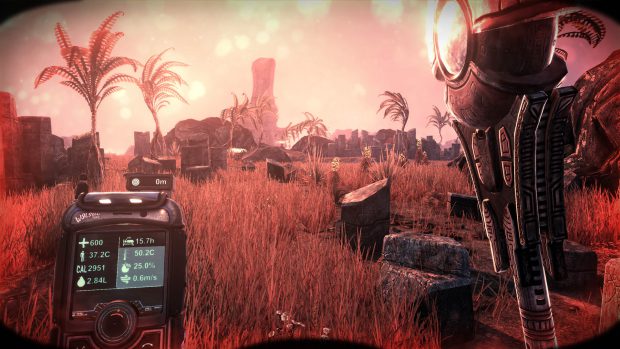 Additionally, the game’s crafting system is a bit clunky. With no typical crafting / recipe menu to create your items, you have to pick objects from your inventory, set them on the ground, then pick another object from your inventory and “use” it on the previous one. Having a menu system to build items may be unrealistic in terms of the user experience but it is a much smoother ride that what the game offers.

Overall, while The Solus Project has some kinks to work out but, if you can see beyond them, you should have an exciting, fun gaming experience. If playing the game in VR, I would suggest keeping the game in jump/teleport movement modes until a high refresh rate can be allowed. Finally, the game is a VERY economical $19.99 on Steam right now – which is an absolute steal.