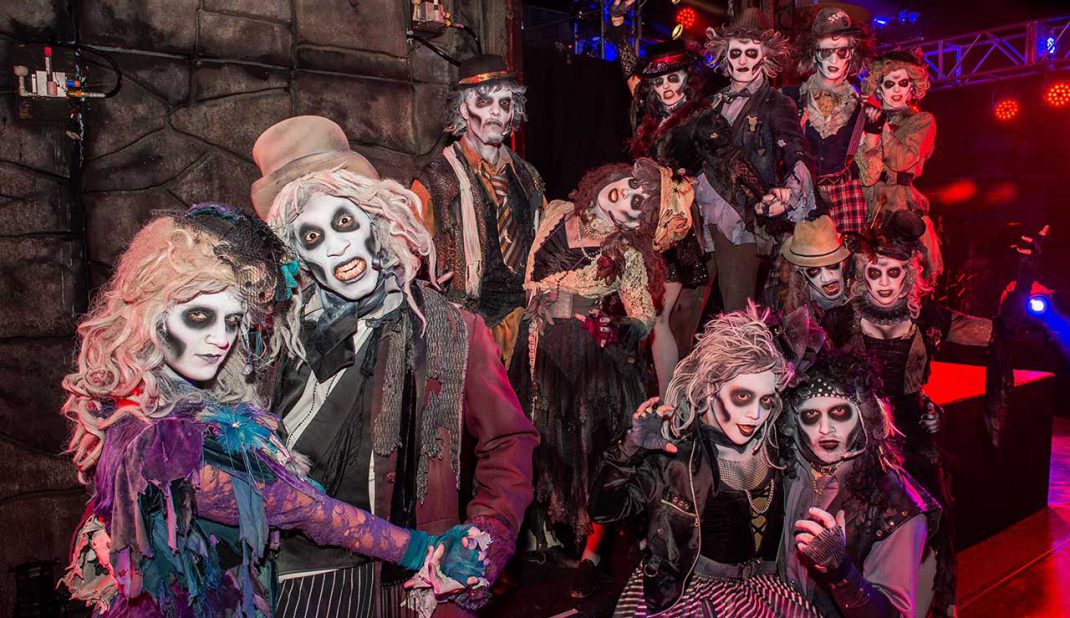 Six Flags Great Adventure is seeking individuals with a passion for Halloween – and scaring – as casting for the 2016 Fright Fest season continues this August in the Employment Center. More than 200 actors are needed for the scariest Fright Fest yet. Those interested are encouraged to apply at www.sixflagsjobs.com prior to the audition and should come prepared to bring out their inner zombie during fun group exercises. No costumes, props, previous acting or scare experience is required.

Six Flags Great Adventure will host a job fair Sunday, July 17 from 10 a.m. to 4 p.m. with on-the-spot interviews in the Employment Center. The world’s largest theme park is hiring smiling faces for four seasons of thrills. Positions are available from the summer through fall’s Fright Fest and winter’s Holiday in the Park, which ends January 1, 2017. Team members can work where they love to play, plus have the opportunity to make great friends, earn competitive wages, free tickets for friends and perks throughout the park. Applicants should complete the pre-employment application at www.sixflagsjobs.com prior to visiting the Employment Center. Those needing assistance or without internet access can complete the application onsite.

Six-time Grammy Award-winning Toby Mac and Diversecity will take the stage at the Plymouth Rock Assurance Arena August 20 at 7:30 p.m. The Christian hip-hop group has three Grammy-winning albums including Alive and Transported, Eye on It and This is Not a Test. Their hit “The Slam” was also featured in advertisements for Prison Break and The Fast and Furious: Tokyo Drift. This event is included with regular theme park admission, Season Pass or active Membership.

Plymouth Rock Assurance Arena welcomes to Six Flags Great Adventure Plan B for the Mega Concert of the summer. Plan B is a Puerto Rican reggaeton duo consisting of cousins Chencho and Maldy. Dance along to their hits “Frikitona,” “Mencionando Tu Nombre,” “Plan B” and more. The show will begin at 5 p.m. August 27. This concert is free with regular theme park admission, Season Pass or active Membership.