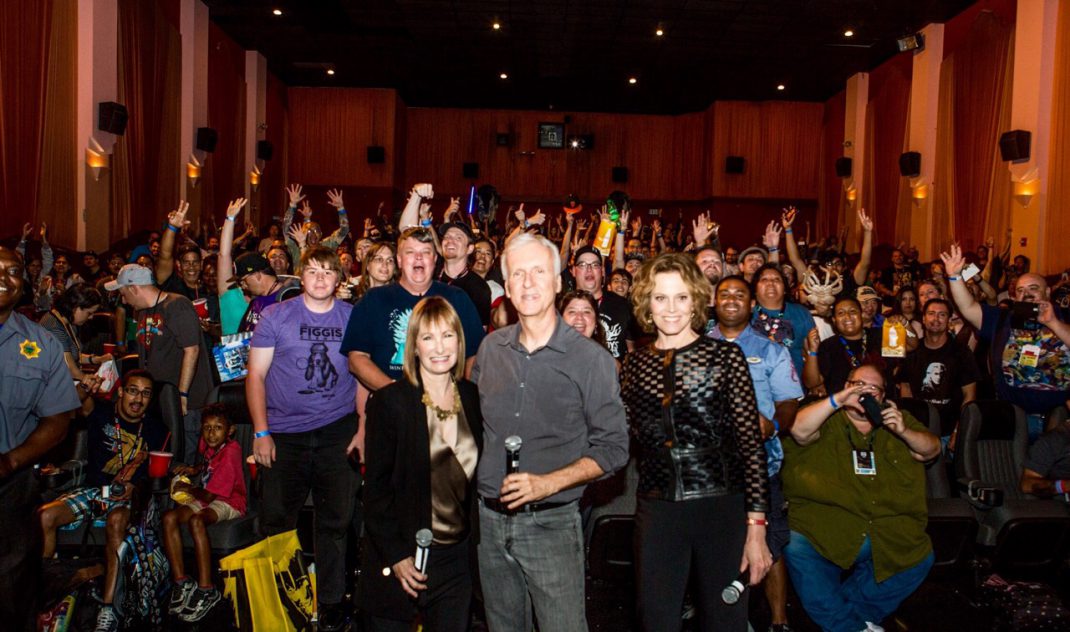 Every San Diego International Comic-Con, there are a few standout, surprise moments that I take with me for the rest of my life. The first moment like that for me at this year’s convention was getting the chance to see the screening of The Woods and its surprise transformation into Blair Witch. However, a much bigger moment was taking a chance on the 30th anniversary screening of James Cameron’s Aliens. I love Alien and Aliens and was never able to see the sequel on the big screen as a kid. So, we stood in line for about two hours at the United Artist theater in San Diego’s Horton Plaza. We were each issued an entry wristband and, as a nice surprise, a red card good for a free drink and popcorn. About an hour before showtime, we were escorted in and took our seats.

I thought something seemed up given that the theater crew were setting up a couple remote speakers near the front of the screen – perhaps a FOX marketing representative would talk up the 30th anniversary blu-ray release due out in early September? The theater fell dark and the original trailer for Aliens was played in all its old school film print glory. The grain, the pops and crackles – it was great. What happened next, however, was nothing short of awesome and a life-long dream come true for a geek such as myself.

The legendary James Cameron (Aliens, Terminator 2, Titanic), Gale Anne Hurd (Aliens, Terminator 2, The Walking Dead), and Sigourney Weaver (Alien, Ghostbusters, Gorillas in the Mist) came out in front of the theater to thunderous applause…. Simply. Outstanding. Cameron told how the cut we were about to see was from a 4K transfer from the original film negatives and he worked personally to make sure the color correction was perfect. When James Cameron says something is perfect, you better believe it! The three legendary personalities left the theater and the opening sequence of the film began.

Aliens looked beautiful, and I noticed a huge number of details that I had not in earlier releases. It’s crisp, clear, and I will absolutely be purchasing the new blu-ray release when it hits stores on September 13, 2016. Until then, stay frosty and check those corners! 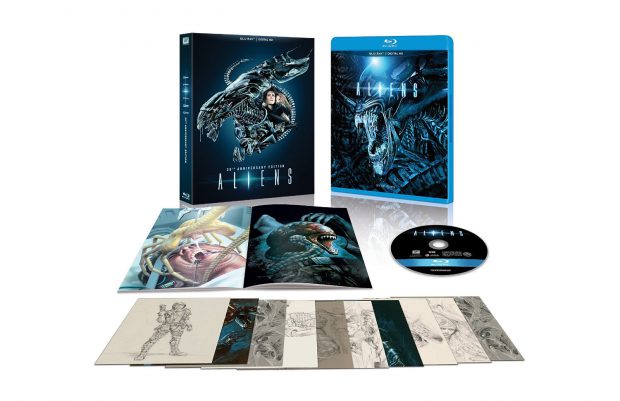