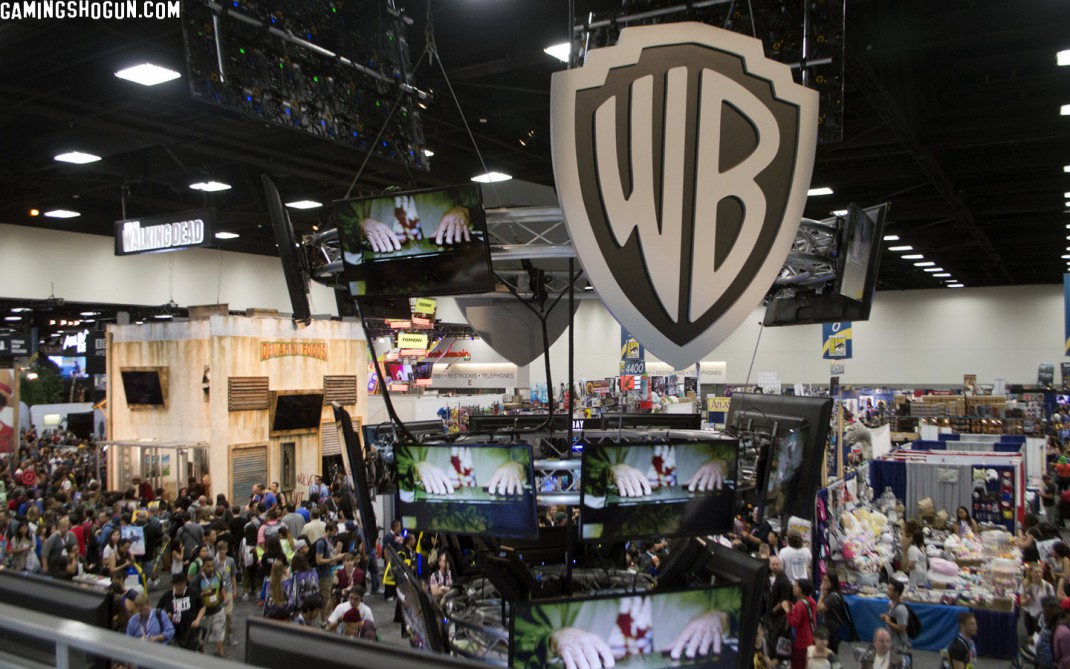 BURBANK, Calif. (July 19, 2016) — With Comic-Con 2016 coming at us in a flash, the behind-the-scenes team at the Warner Bros. booth (#4545) is once again making a super heroic effort to create another must-see environment, including displays of actual production costumes from the hit Warner Bros. Television/The CW series Arrow, Supergirl and The Flash offering fans the chance to see how they measure up to their favorite Super Hero; a super-sized LEGO® Batman; a Fantastic Beasts and Where to Find Them Wand Master Training Station; and an exclusive giveaway of a limited edition set of WBTV series “Wish You Were Here” postcards, while supplies last, only available at the Warner Bros. Booth. Always a destination for Comic-Con fans, the Warner Bros. booth will deliver constant activities for fans to enjoy, including talent appearances, autograph signings and more.

WHAT’S SEVEN FEET TALL, MADE OF PLASTIC, AND ONLY WORKS IN

WISH YOU WERE HERE? SHARE ALL YOUR COMIC-CON EXPERIENCES

WITH YOUR FRIENDS WITH COOL COLLECTIBLE POSTCARDS!

FANTASTIC BEASTS AND WHERE TO FIND THEM WAND STATION

For continuing info on the Studio’s plans at Comic-Con, please visit comiccon.thewb.com and follow @warnerbrostv on Twitter (hashtag #WBSDCC).