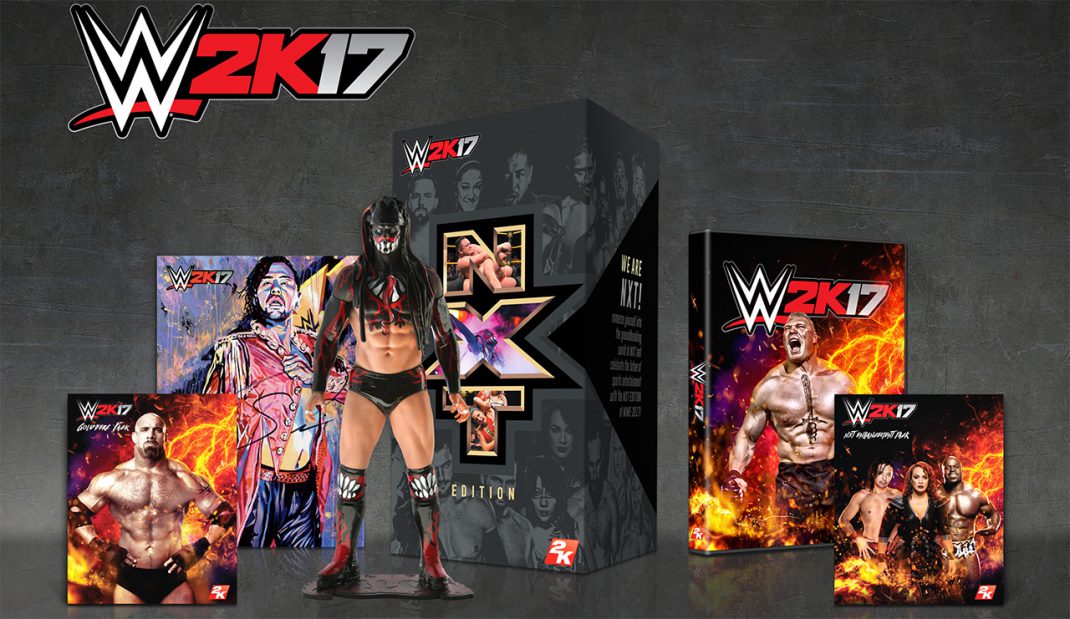 July 14 – 2016, 2K today announced plans for the Collector’s Edition of WWE 2K17, the forthcoming release in the flagship WWE video game franchise. Limited to 50,000 copies worldwide, the offering will celebrate the explosive growth and popularity of NXT, WWE’s energetic brand best known for developing and promoting the company’s newest emerging Superstars. The WWE 2K17 NXT Edition will be available exclusively for the PlayStation 4 computer entertainment system, as well as Xbox One, at participating retailers for a suggested retail price of $99.99.

The WWE 2K17 NXT Edition will include the following items:

Developed collaboratively by Yuke’s and Visual Concepts, a 2K studio, WWE 2K17 is not yet rated by the ESRB. WWE 2K17 is currently scheduled for worldwide release on October 11, 2016 for the PlayStation 4 and PlayStation 3 computer entertainment systems, as well as Xbox One and Xbox 360.

Consumers who pre-order WWE 2K17 at any participating retailer will receive two playable characters of legendary WCW and WWE star Bill Goldberg, well as playable WCW Monday Nitro and Halloween Havoc arenas, at no extra cost on launch day. For more information on WWE 2K17 and 2K, visit wwe.2k.com, become a fan on Facebook, follow the game on Twitter and Instagram using the hashtag #WWE2K17 or subscribe on YouTube.