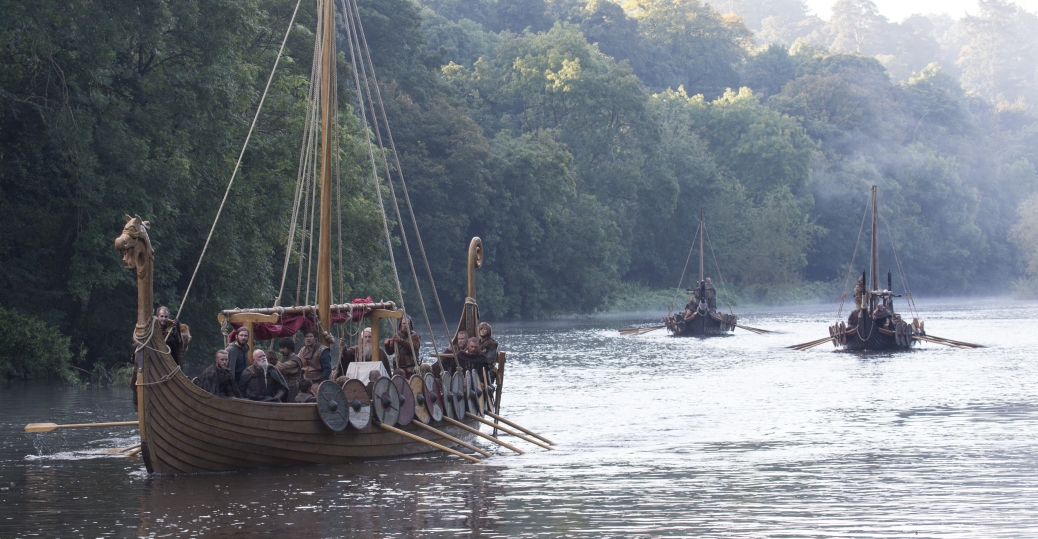 Below is a sneak peek to the trailer being shown during the Comic-Con panel, please share with your readers.

“VIKINGS” CAST AUTOGRAPH SESSION – San Diego Convention Center – Friday, July 22 from 4 p.m. – 4:45 p.m.
Hosted by SDCC, 75 lucky fans will be chosen from a random drawing to attend an exclusive autograph signing with the “Vikings” cast.  Please visit the autograph area information booth for details on how to participate in a limited signing drawing.

There were many ways to die during the Vikings era, however the most brutal and sinister form of death was being thrown into a snake pit. HISTORY assimilates the torture and terror with the “Vikings” Vipers Den on the SDCC floor. Fans will experience the fear of being surrounded by real snakes in a dark, dank abyss with no immediate escape.
Attendees will have their screams and writhing captured on camera in sharable gifs and receive a “Vikings” viper cuff as a token of their triumph over death. Throughout the five day booth activation, there will be opportunities for fans to enter for chances to win tickets to the “Vikings” cast panel or the “Vikings” cast autograph session, both on Friday, July 22.

Also available to fans while supplies last is a custom “Vikings” limited edition comic book from a story created by Michael Hirst, exclusively for SDCC and a “Vikings” drinking horn.

Please join in the conversation by using hashtag #Vikings @HistoryVikings